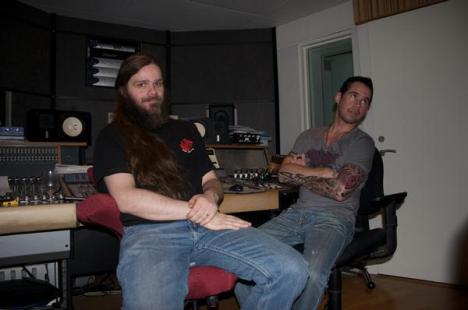 Former SOILWORK drummer Henry Ranta and ex-HYPOCRISY guitarist Andreas Holma have joined forces in a new band called ELITE 101. According to a press release, “the idea for this project already emerged back in 2003 but has, due to various circumstances, not been realized up until now.”

Ranta and Holma entered the studio in early March to record the drums and finalize a mix of the band’s first two songs, entitled “Point Blank” and “Stealth Holds Back Dare”. The tracks, which feature “a progressive sound with metal/jazz/rock highlights,” are now available for streaming on the group’s MySpace page. Additional material is expected to be released this summer.