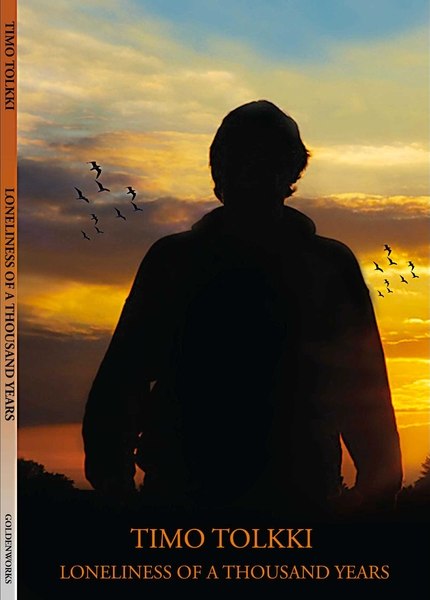 Former STRATOVARIUS and REVOLUTION RENAISSANCE mainman Timo Tolkki will release his long-awaited book, “Loneliness Of A Thousand Years”, on October 1 via Goldenworks.

Tolkki is most well-known for his music and thought-provoking lyrics. In many of his songs lies just a hint of the pain he has suffered that has shaped him into the artist he has become.

In the spring of 2004, Timo was overtaken by a nervous breakdown that caused him to be hospitalized. The next few years would completely engulf his life and leave him on the brink of suicide. “Loneliness Of A Thousand Years” candidly describes his heart-breaking journey through life and gives his fans just a glimpse into the intricate psyche of Timo Tolkki.

With a touching honesty, he describes his tumultuous childhood, his battle with a debilitating psychosis, and the philosophies that shape much of his deep thinking and views on the world. His story reveals the other side of the man that most people know only as the mastermind of STRATOVARIUS. It is an intimate portrait of his agony, as well as a probing look at an illness that affects millions, yet is widely misunderstood.

Written in a clear and compelling prose, “Loneliness Of A Thousand Years” is a bold, honest and ultimately uplifting look at the life of a man and his childhood, growing up as Timo Tolkki.

To order a copy of the book, go to this location.

Tolkki drew up and signed an official waiver on May 20, 2008 giving up all rights to the STRATOVARIUS name. The remaining STRATOVARIUS members — Timo Kotipelto (vocals), Jens Johansson (keyboards) and Lauri Porra (bass) — have since recorded and released a new STRATOVARIUS album with guitarist Matias Kupiainen.