IN THE REARVIEW MIRROR #2: The Rock’N’Roll Traveller (Part 1) 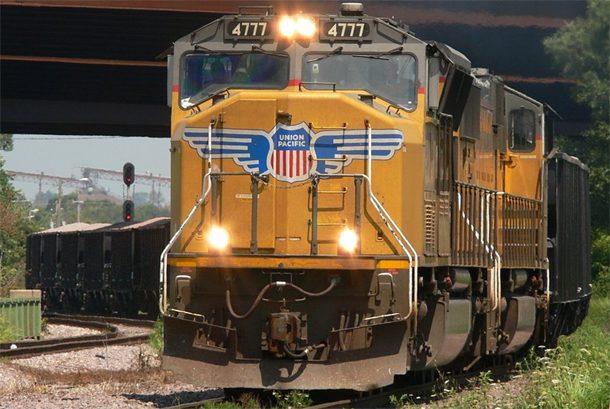 Time for a new column, it’s already been a month. Time flies! I just came back from a weekend in Manchester, UK. Flew over to see Steel Panther on Saturday morning and then flew straight home again the next day – to be back at work Monday morning like everybody else… nothing unusual in my life. I’ve been doing this for years.

The travelling has become a big part of my life – and I thought I would write a little bit about that in the coming few months.

Travelling for gigs is way different from travelling as a regular tourist. The main difference being that you normally don’t get to see more of the places you go to than the bands do. You DO however feel right at home at airports, hotels and venues. Name a venue in Europe and I will tell you where it is. But name a typical tourist attraction and I probably won’t know what you’re talking about (unless it’s the Eiffel tower of course).

God knows that stuff happens when you’re on the road on a regular basis. You don’t have to be in a band to tour. You just need to find your own way to do it.

It’s so much easier nowadays compared to 15 or 20 years ago. I was trying to remember how I ever managed planning my trips before there was internet. How did I find prices, tickets, hotels and how did I even hear about the concerts, where, when, how..?! I barely remember.

My first rock’n’roll trip, as far as I recall at least, was back in 1992 and the Monsters of Rock at Donington in the UK. 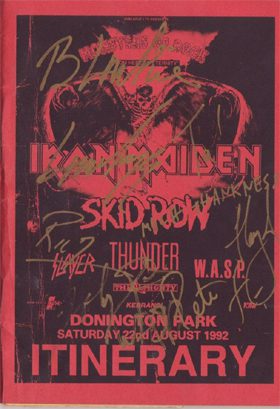 I bought an Interrail-ticket which was super cheap back then if you were under the age of 25. It gave you the freedom to travel all over Europe by train for a flat rate. And if you weren’t in a hurry to get from point A to point B it was perfect. You actually got to see a lot of countries from the train window, which was nice. I liked it.

I remember meeting interesting people on the train as well and that’s the best part about travelling on your own.

If you’re going with a friend, you’ll most likely not talk to other people unless you need to.  Back in my “young, wild and crazy” days, I didn’t book any hotels beforehand. I just walked into the nearest Bed & Breakfast when I arrived and asked if they had a room available. It was easy. I knew I would always find somewhere to sleep – I wasn’t picky. Having a room was basically just about having someplace to throw your stuff and – if you were lucky – get an hour of sleep here or there.

But back in the days of no smartphones or computers, some things could be a bit tricky… I remember taking the train from London to Derby (I think) to interview Blackie Lawless from W.A.S.P. I left to catch another train before I even met Blackie because he was late and I had to attend the Skid Row press conference in Nottingham instead.

I was friends with the Skids back in those days so of course, I didn’t leave after the press conference, but decided to stay in Nottingham with them for as long as I could. What I didn’t know was that trains in England don’t run in the middle of the night. I think the last train to London left many hours before I finally decided to head back….

I ended up having to pay a TAXI all the way from Nottingham to London. Luckily, I was working for one of the major magazines in Sweden at the time – so they took care of all my expenses, the taxi bill included. But you had to learn stuff the hard way.

The next time I went to the UK I knew to check the time table in advance!

I wouldn’t rent a car abroad back in those days either – because there were no GPS’s or online wayfinders, you had to use a road map. Only THAT feels like a hundred years ago. Reading a map and driving is not very practical, so I had to learn how to use public transportation everywhere I went: trains and buses, mainly, and if the magazine was paying; taxis or… I would walk. I still love to walk, it’s a relaxing thing and you get to see a lot.

But travelling was more difficult when you couldn’t check things for yourself, you had to go to train-offices or flight-offices and go through brochures or ask the stressed ladies behind the counter for help and information. Or you would buy foreign music magazines and get fax-numbers and telephone numbers and send a fax.

Oh yeah, fax was the shit back then. If you had a fax, you were a real pro because you could communicate with handwritten notes and pictures in real time. That was hi-tech!

It wasn’t as easy as it is now – but one thing is the same: the challenge of planning your rock’n’roll journey. It was as much of a kick then as it is now. The anticipation, the adventure…! Being a rock’n’roll traveller is not just about being so crazy about a band that you would travel everywhere just to see them. A lot of times the band becomes your excuse to travel.

People often ask how can I afford travelling the way I do. I’m not a millionaire and I don’t get paid to travel (anymore). But I do have my tricks. I will share some of them with you next month, so…stick around!