I  recently had the chance to chat with Gary Meskil, the bassist and lead vocalist of the hardcore band Pro-Pain.

Gary Meskil, the heart and soul of Pro-Pain, and I first met during their East-European Tour in 2008 when they came to Greece and I was so lucky to see them perform live twice, both in Larisa and Thessaloniki. In the following interview he talks about the Greek fans, the recent termination of JC Dwyer from Pro-Pain and sends out a valuable message to all the Greek up and coming metal and hardcore bands… 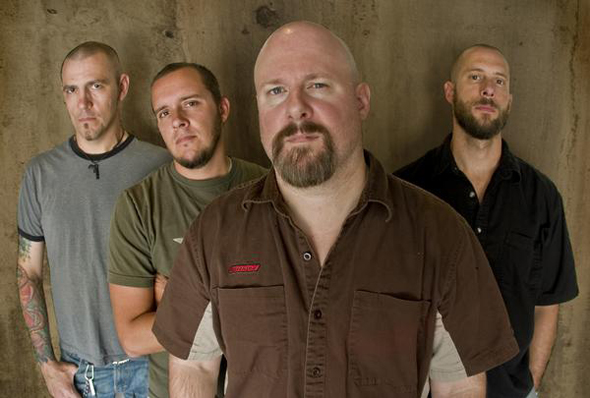 Your latest album, “No End In Sight” is a huge success in Europe and the U.S., while your live performances during your European Tour in the summer attracted thousands of people. Did you expect such a response from the fans?

No, not really.  We never have any sort of expectations when it comes to CD sales and or crowd turnout, although we are pleasantly surprised by the amount of support we’ve gotten from our fans over the years.  So, we are quite thankful for that.

Would you say that things are better for Pro-Pain these days than in the past or the opposite? Why?

Yes, I would say that things have gotten better for us through time.  Certain aspects of the band never get any easier though, like being away from home and also the general frustrations that go along with the business side of things.  In my opinion, we get better and more professional at our craft all the time and I think that our experience speaks loudly for us on stage and off.

If I’m not mistaken, you are currently looking for a new drummer, since JC Dwyer was terminated from Pro-Pain. So, are things moving forward regarding that? ‘Cause, you know, the fans can’t wait for you guys to go on tour again and hopefully come to Greece too…

We do have a new drummer, and his name is Rick Halverson.  He’s from Omaha Nebraska and he’s played in quite a few great bands over the years (RATT, Narcotic Self, Cellador, etc…).   Rick is a tremendous talent, and we’re sure that our fans will agree once they get a chance to see or hear the new lineup.  What happened with JC was unfortunate, but we wish him well.  As for Greece:  YEAH, we can’t wait to play there again.  The fans there are absolutely fantastic and a joy to play for.

JC Dwyer is unquestionably a very good drummer. Was it difficult to find someone as good to take his place?

Shortly after the news of JC’s termination broke, we were contacted by well over 70 drummers who wanted a chance to audition.  Many of them were quite good, and about 3 or 4 were what we consider to be top notch drummers. So, the skills were unquestionably and almost instantaneously there.  In November, we flew Rick in for an audition and upon playing the first few songs we knew right away that Rick was to be our new drummer.  Simply put, he FUCKING ROCKED!!

The latest Pro-Pain album is entitled “No End In Sight”, but the word “No” is crossed over. Why? Could it mean that we are moving towards a possible break up of Pro-Pain? (I hope not)

We’re quite known for using titles with dual meanings.  I like things that induce thought and are a bit open to interpretation.  To me, that’s one of the beauties of art and music.  On one hand, the title was intended to reflect “End Times” philosophy.  I’m fascinated with historic and current events and their place in scripture. On the other hand, certain fans have made an association between the album title and the demise of Pro-Pain.  I guess time will tell on that one.
You came to Greece in June 2008 and you performed live in Athens, Thessaloniki, Alexandroupolis and Larisa and your performances were absolutely perfect. What did you think of Greece and the Greek fans? Did you have a good time while you were here?

First off, thank you for the compliment.  The Greek fans have a great spirit and we are very thankful for having had the opportunity to visit Greece.  We hope to return there soon!! 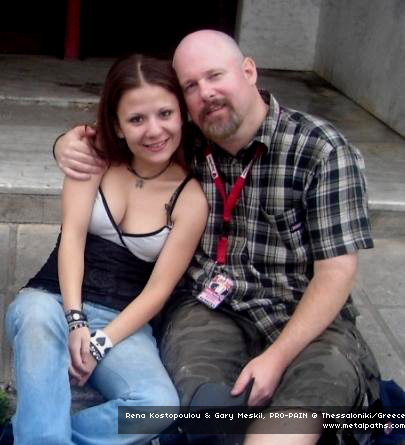 Pro-Pain are a band that are constantly on tour or in the studio and put a lot of effort to their work. Does this leave you enough time to devote to yourself, to relax and gain energy?

Although we have been one of the busiest and most productive bands in our genre, we still find plenty of time to devote to the other things in our lives that are important to us.

You recently completed 15 years of accomplishments throughout which you have gained millions of fans all around the world and yet you manage to remain authentic and you always find a way to impress. What do you believe is the secret to your success?

I think we’ve been successful because we are passionate about what we do and we have always worked very hard to achieve our goals.  We’ve never claimed to be anything but ourselves, and I think that people respect our honesty and our integrity.  Also, our fans can identify with our music and our lyrics….which is A1 most important.

Pro-Pain are New York based; a city that regarding music is mostly known for its hardcore bands. The New York scene is the home of many influential bands such as Pro-Pain, Madball, Sick Of It All, Biohazard, Agnostic Front and many more. Do you believe that the scene still has a lot to offer or that we have come to a point where it is reduced to inaction?

The NYHC scene will always have a special place in my heart.  It’s where I came from musically and socially.  I do think that NYHC is alive and well, and it has undergone some necessary changes in recent times in terms of the style and sound.  Like any great form of music, H/C will change and move on.  It will be healthy as long as it remains in the hands of the youth and out of the hands of the corporate.

Would you like to share one of the funniest things that have happened to you while you were on tour or on stage?

With Pro-Pain, there is never any shortage of fun times.   Everything you can imagine has probably happened at least once.

Recently here in Greece many new bands have been formed, by young people, who wish to become famous and tour the world. Some of them actually are very good at what they do. Do you have any advice to give to them out of your personal experience?

Play from the heart and write music that pleases YOU first.  Be honest, be smart, be kind, work hard, and KICK SOME FUCKING ASS!!!!

That was it Gary… Thank you soooooooooo much!