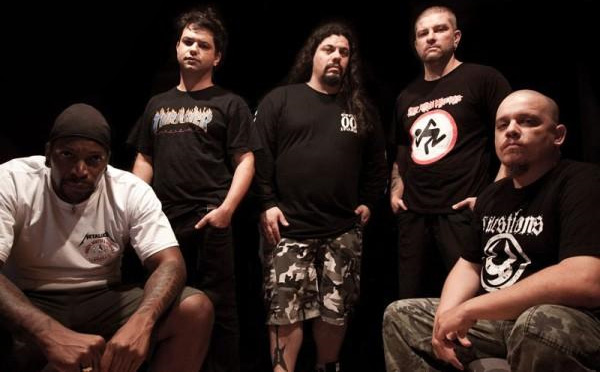 As you correctly guessed, Musica Diablo is the new project of Sepultura’s vocalist Derrick Green. In a short chat with Metalpaths, Derrick informed us about the band and talked about how did this idea came out.

Musica diablo….a new band, a new beginning. Tell us a few thing about your decision to play that kind of music and how did you decided to write songs for an album.

It’s the greatest story ever told and we made it into an album. The ideas for the album came from the love of heavy music it’s very simple. 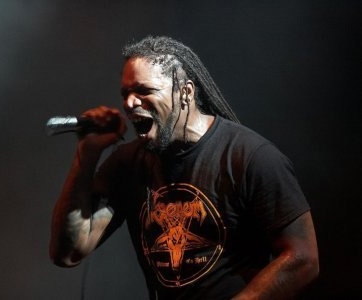 As I read on your biography on your myspace page, you have joined the band after a call from Andre NM. A first thought for a side project? How did you react? You said immediately the ‘yes’ or you examined thoroughly the whole undertaking?

Yes we met on the internet and I did want to hear a few songs and meet the guys before deciding anything. Once that was out of the way things started to grow and more songs came out of the unity.

How did you ended up on that name for the band?

You would have to ask Andre about that but I think it’s great way to describe what I do to people who know nothing about heavy music. “I play Devils Music!” Anything people don’t understand becomes evil.

Your influences are really obvious. Didn’t you think that some will insult you for not trying something new, not only as an individual, but also as a project.

Hows there band doing (laughs)? I’ve been on tour in Europe having the time of my life and the last thing I’m thinking about is what some people are thinking. Trust me most people can’t do what I do! There will always be those frustrated musicians out there talking a lot and doing nothing.

In this new project of yours, you reveal new aspects and new capabilities of yourself, for example your singing. You had that on mind for some time? That you want to reveal these capabilities, and make something new, different for Sepultura.

Yes I learned a lot being in Musica Diablo and I learn even more on the road. I wanted to try a different approach with MD but the music is different then Sepultura so I could try something to flow with this
style of music. 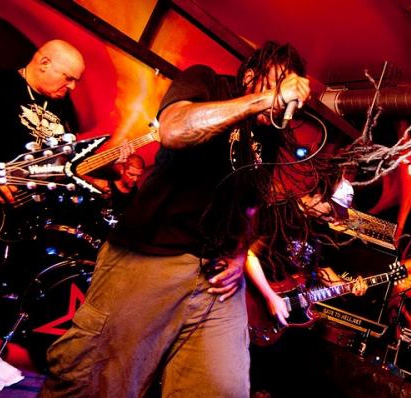 Five different people, meet up for the first time a couple of years ago. How easy or difficult was for you to play as a band, to get known each other and what are your near future plans?

It wasn’t that strange meeting up we had a lot in common to begin with. We did a short tour a few weeks ago in Europe and we hope to be back doing a longer tour in Europe at the end of the year. Lets keep our fingers crossed that we will be there!

The other members of Sepultura how reacted to your decision for a new project, that will surely take some of your time from the band?

The guys in my band are also working with other people in music so it wasn’t a big deal for them. Sepultura comes first because it’s where I have been for such a long time now. We try and make everything work out because it’s important as an artist to expand and grow and have freedom to do this.

The other members have also some projects other than Musica Diablo ?

Yes Andreas has Hail and Paulo and Jean also have projects in the making.

In the end… why would you suggest a metalhead to give the chance on you, and listen to Musica Diablo?

They would be a fool not too! Loosing up and have some fun is what I say, life is too short to be narrow minded.