Sepultura Guitarist On Reunion Rumors: ‘We Cannot Fool Ourselves And Our Fans And Our History’ 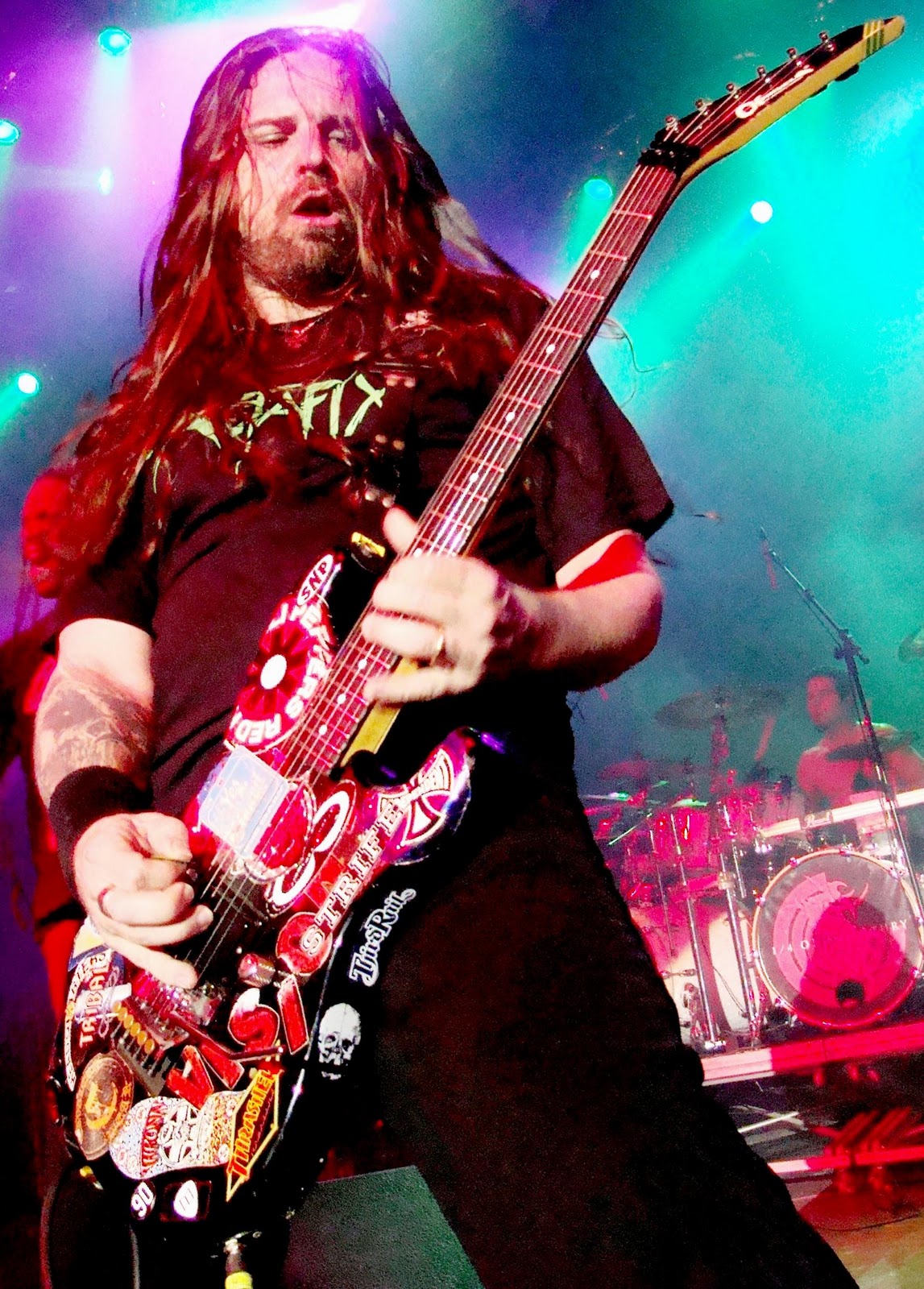 The Haywire, the new platform launched by longtime music journalist and metal correspondent Saby Reyes-Kulkarni, conducted an interview with SEPULTURA guitarist Andreas Kisser on May 21, 2011 at the Montage in Rochester, New York. You can watch the chat in six parts below. A couple of excerpts follow.

On whether he has any contact with former SEPULTURA members Max and Igor Cavalera (both of whom are now in CAVALERA CONSPIRACY) and the persistent rumors of a reunion of the SEPULTURA’s classic lineup:

Andreas: “I met [Max and Igor] last year — I met both, [but] not at the same time. I met at Rock In Rio Madrid and I met Max at Rock In Rio Lisbon. And a little before, SEPULTURA and SOULFLY played at the same festival in Germany. So we bumped into each other and I talked to them, and I talked to Gloria [Max’s wife and SEPULTURA’s former manager]. It was cool; at least we have that channel open that we didn’t have for many, many years. And Igor, he still lives in São Paulo [Brazil], he was… He doesn’t like metal anymore; he just really plays with CAVALERA CONSPIRACY because it’s his brother — he likes to be together [with Max], which I think is great. He’s a DJ with MIXHELL — he’s really happy with that, [and] he’s doing cool stuff. And that’s it. [For us to play together again] the friendship has to be there; otherwise it won’t be a SEPULTURA. We built SEPULTURA, we created SEPULTURA — even before I joined the band — on those terms; we were friends, we were like a gang together. No managers, no crew, no wives, no kids, no nothing. And that’s what SEPULTURA is all about — we still have that here. The spirit of SEPULTURA didn’t change a bit; we changed members and stuff, but that’s the spirit that keeps us alive.”

On whether it’s hard for current SEPULTURA frontman Derrick Green to hear constant Internet chatter about a possible reunion of SEPULTURA’s classic lineup:

Andreas: “It is tough, but that I think that’s part of it, it’s normal. Since Max left the band, there’s been talks about him coming the band. But those kind of talks never came from inside the group. So [Derrick] always was fine; he never came to me saying, ‘Oh, what the fuck’s going on?’ Never. Because the only guy talking about it is Max; there was never really managers and booking agents… We received some offers here and there — from Sharon [Osbourne and Ozzfest] — but it’s not what SEPULTURA is all about. We cannot fool ourselves and our fans and our history and jeopardize that we have ever accomplished doing shit like that.”

On hearing Max say things like “Andreas’ wife tried to bury Dana before got home” [referring to the period in 1996 immediately after Max’s stepson Dana Wells was killed in a car accident while SEPULTURA was on tour] and other inflammatory things that apparently have no basis in reality:

Andreas: “I don’t care, man. It’s coming from Max… For a long time, I don’t take into account what he says in interviews anymore. If he says something, OK; it he doesn’t say something, the same. That’s why we [as a band released a] video [statement] last year, because [Max’s] fucking statements [in interviews] were getting in the way of our business here. Because the promoters were calling us, ‘Look, what the fuck’s going on? It’s a reunion or the tour…’ Fuck, man. He can say whatever he wants, he’s entitled to say whatever he wants, he has an opinion, we live in a free world and he can say whatever he wants. But to get in the way of our business is another story. So we went there [and recorded a video statement saying], ‘OK, there is no reunion, there is nothing going on, we’re not talking to each other about a reunion or anything else related, and there is nothing on. We have a plan, we have a new album, a new label and that’s what we are doing now.’ So he can say whatever he wants [in interviews], he can cry as loud as he can, but it’s not gonna change what we do.”

SEPULTURA will release its new album, “Kairos” (an ancient Greek word signifying a time in between, a moment of undetermined period of time in which something special happens) on June 24 in Europe and July 12 in North America via Nuclear Blast Records. The artwork for the CD was created by Erich Sayers, a Los Angeles-based freelance digital artist and photographer whom SEPULTURA first met at the band’s recent concert at the House Of Blues in West Hollywood, California.

SEPULTURA’s new CD was recorded at Trama Studios in São Paulo, Brazil with producer Roy Z. (JUDAS PRIEST, HALFORD, BRUCE DICKINSON, HELLOWEEN). 13 tracks were laid down during the sessions, including cover versions of MINISTRY’s “Just One Fix” and THE PRODIGY’s “Firestarter”.