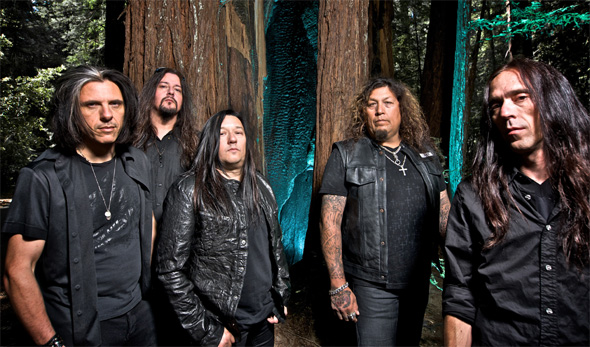 Just a few days before the official release of Testament’s new album “Dark Roots Of Earth”, Metalpaths made a phone-call to the frontman of the band Chuck Billy. Having some technical problems and not the best possible sound, Chuck talks about the music directions of “Dark Roots Of Earth”, the come-back of Gene Hoglan, the cooperation with Chris Adler and the future plans of the band while on the other hand he believes that Testament are at the best of their career.

After many line up changes in the past, it seems like Testament found their shape having a static line up the last 7 years and releasing great albums like “The Formation of Damnation”. Do you feel like being at your best of your career?

Alright, now I think we are, because the reunion in 2005 the original lineup with John and Clemente we got back together,we had some good times again and I believe it is the best that the most of the ritual line up got back together. 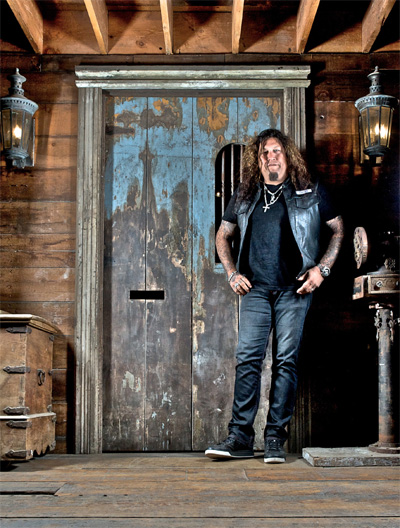 It’s been 4 years since your latest release and now you come back with a new album that is called “Dark Roots Of Earth”. Did it take you 4 years for the writing or is there another reason for that delay?

There is no delay,we toured on “The Formation Of Damnation” record for over 2 years and we don’t just write songs all year long when we touring for another record. So after the tour was finished we went to the studio writing and recording new songs.

Could we say that “Dark Roots Of Earth” is the progression of “The Formation of Damnation” or there are no commons between these albums? How does the new album compare to the previous releases in terms of the overall sound?

The sound itself with a the production on the new record, is a different production. We tried some new things in the mix than any other record. We tried to mix the record on the vocals, we tried to get some better drum and guitar sound on this record and this year we got Andy Sneap that came up to California, do all the recordings himself instead of us recording it and then sending it to him to make the mix. That helped in the production sound for sure.

What should the fans expect of this new album and how would you describe it to the fans that have not listened to it yet?

Well I think vocally sound wided and definitely singing a lot more melodies and some other parts comes a little heavy like “Practice What You Preach” or maybe the ritual kind of sound too, you know, vocally.

Is there a special story from the recording of the album you’d like to share with us? 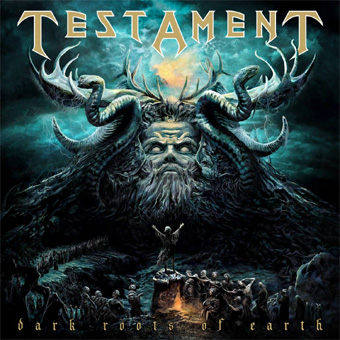 There are no special stories, but I think the last couple records came to a difference, because Alex was in New York , Gene was in San Diego , Greg was in Sacramento and none of us lives near the studio anymore. So when we get to work on the record, we make the way in and everybody comes to the studio with his ideas and we worked it that way. So it’s a different way of working, we have worked so long together and everybody kinda knows what works for each other and we never tried to write the same record that’s for sure.

You have already revealed two songs that the fans had the chance to check out on the web. Are these songs enough to take a taste of how the rest of the album is going to be sound or maybe we gonna listen to completely different songs than “American Hate” and “Native Blood” ?

It’s a combination between the two. I mean theres some definitely more thrash songs down there and definitely some more mid tempo songs too, and it will be a ballad too down there after 15 or more years.

A ballad? It’s gonna be interesting!

You havealso  been working on a video clip for “Native Blood”, when is it going to be out?

I think it will probably be out this week but officialy it will come out right before the record really very soon.

Talking about “Native Blood” it must be something like, let me say, personal song for you, isn’t it?

Yeah we wrote the song about native Americans but the meaning of the song itself is about native people everywhere in the world. You know and the video was a special thing too, we had people working on it you know the tribe, the police department the whole community, we had people watching us. It was something special.

What are the lyrics of the other songs talking about?

Well it’s about the planet, its about war, its definitely not a happy record. 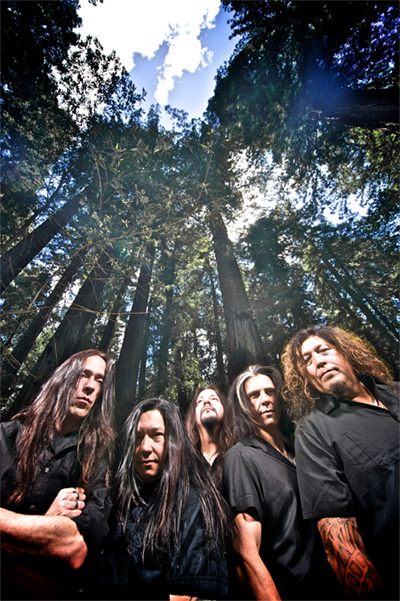 “Dark Roots Of Earth” saw a reunion with your former drummer Gene Hoglan due to Paul Bostaphs’ injury. How has it been to cooperate with Hoglan again?

When Paul was injured and got better, he decided not to come to Testament but he decided to work on his own project. So we asked Dave Lombardo from Slayer to help us record the new album but he refused because he was working on the new Slayer record. So a couple of days later we called Gene and Chris Adler from Lamb Of God. Gene came back to us saying that he is available and that he wanted to do it. Then Gene got the new songs, learned to play them within a week and he recorded it in a week so we had it ready within 2 weeks.

Will Gene Hoglan follow you on your upcoming tour as well?

So is that an end for Paul?

Paul bostaph will never be back to Testament.

It’s also Chris Adler from Lamb Of God that contributed on the album. How this cooperation did came out?

Is it going to be only for the iTunes version and not for the CD version of the album?

Yeah, it will be only for iTunes.

How did you decide which songs to cover for the bonus tracks?

I’ve sent and email to everybody in the band and I had everybody trying to throw their ideas trying to pick something special and popular like Dragon Attack and it actually turned out really good.

So Chuck, what’s next for Testament? What are your touring plans for example?

We leaving in about ten days or so for a European tour and then we come home starting a new tour with Anthrax and Death Angel in Canada and USA. Then we come back to Europe I think in November.

Great. Is there any chance to see you in Greece again? It’s been two or three years since your last visit in Rocking Athens festival with Heaven And Hell.

I don’t know if it’s on schedule for November to come back in Greece but we will definitely will that’s for sure!