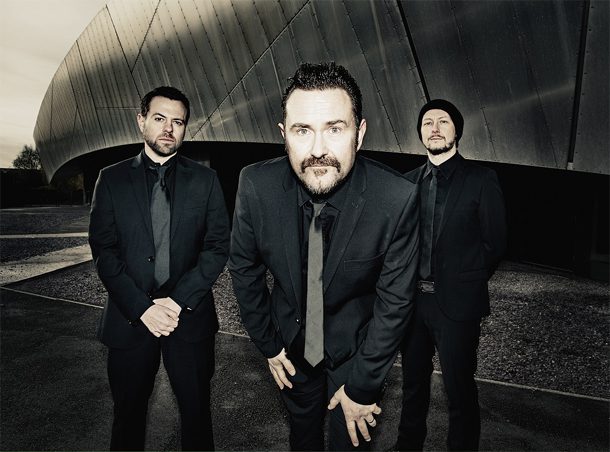 Therapy? returns to Greece for two shows on March 15th in Athens and 16th in Thessaloniki. Metalpaths grabbed the chance to talk with the founding member, singer, guitarist and songwriter of the band Mr. Andy Cairns. Andy talks about the the past remembering how has been sharing the stage with Metallica and cooperating with Ozzy Osbourne, the present stating he is proud that Therapy? can still be a working band and the future saying they are working on a special box-set and are really excited of returning to Greece!…by Aggelos “Redneck” Katsouras

First of all, I must tell you it’s so nice to see you active and still fresh after two decades and since I’ve been following the band since 1994, I like your evolution of sound as well. Was it a long and bumpy ride with obstacles or did things come better than you imagined through the years?

Hi MetalPaths, great to talk to you and thank you for your kind words. It hasn’t always been smooth, especially since after Troublegum in ’94! Until then it had been a steady, old fashioned, working band building up a fan base by touring and indie releases. After Troublegum and it’s success it became a strange world for a while. Having a hit album meant that people all over the world knew who the band were and, more importantly for us, we got a chance to explore the world and play to those people. Unfortunately with the success came the politics, not just of the industry but within the band itself. When we became a four piece the new members became obsessed with the band being as popular as it once was and this caused lots of friction. When we became a three-piece again in 2004 we returned to having the attitude we had in ’89. 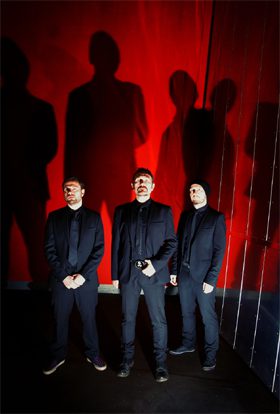 Last year, you released your thirteen album in 22 years called ”A Brief Crack Of Light”. Are you completely satisfied with the result and the sound? Is there anything you would change? Living with each album on the road, how much does it grow inside you?

Each album we’ve done changes after it’s been out for a year and we’ve played the songs live. I’m very happy with “A Brief Crack of Light” and we’ve played every track on that album live which is a good sign. I think” Living In the Shadow of the Terrible Thing” is one of our best songs. Our last two albums, “Crooked Timber” and this one, we’re very happy with.

One of the many reasons that the band was respected by fans of many genres was the energy pouring from you. I know metalheads, hardcore fans, punk lovers and more alternative-listening people that admire you for your root. How did you see the people’s reactions changing and getting larger and more multi-sided all these years?

We love playing live and always have done. I think anyone who see us live realises that and they see a bunch of guys who are happy to be on stage. People respect that, I think.

If I’m not wrong, I think you played in 1995’s Donnington festival under Metallica’s request. If so, what did this mean for you at the current moment where many people were considering them the best band in the world? Are there any other familiar cases where other bands or individual members of bands showed you their love and appreciation?

The Metallica show was a good experience. They were very cool guys and invited us to a special gig they were having a few nights before, they were very friendly. We were big fans so it was extra nice. We’ve been fortunate over the years to work and record with some great people. We recorded a version of Iron Man with Ozzy Osbourne in 94 and he was very easy to work with. My favourite two American tours were with Jesus Lizard and Helmet and Rollins Band. The Therapy?/Jesus Lizard/Helmet tour was awesome and Page From Helmet ended up playing a super-cool solo on Troublegum which I was very happy about. Touring with the Rollins band was a dream come true for me as I’m a massive fan of Rollins and Black Flag too. He was such a lovely and funny guy and made us feel welcome.

We’ve seen some of your back catalogue being reissued, you had the 20 years anniversary a couple of years ago and the presentation of the whole ”Troublegum” album in Sonisphere festivals. Is it really after all these years the peak of your career? If you ask most of the fans they’ll say yes, but what is your opinion about the album and what is it that made most of us get obsessed with it while we’re still digging it almost twenty years past? 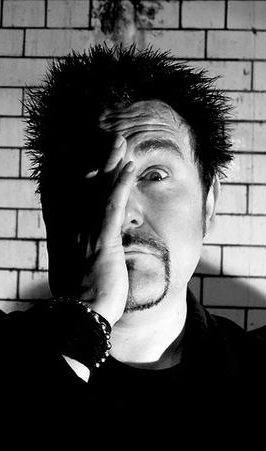 Troublegum is the peak of our career if you count worldwide sales and concert venue sizes but to us the peak of our career is the fact that in 2013 we can still be a working band! Troublegum will always have a special place in my heart. It gave us a chance to let the world know about three guys from a small county called Northern Ireland and it gave us a chance to tour the world many times and meet many people. Without that album I’m sure I wouldn’t be doing this interview. I can understand why it still sells and people love it, it’s got great melodies, guitar lines you can sing and the lyrics are straight from the heart.

I’ve always believed that the question mark in your name was some kind of self-respect for the band. It was like saying ”are we really your Therapy?” instead of bluffing that you ARE the therapy. Was the band the therapy for crappy music that emerged while you were still on the beginning?

Yes, we’ve certainly never thought we were the therapy but the band was certainly important for us to channel our frustration with the country we lived in, the unfair laws and cruel world around us. It gave us a voice.

It would be interesting to know which bands or individual artists influenced you in terms of singing and playing guitar at first and then forming your own band. Are there any new bands today that are worth keeping an eye on, or are you sticking better with older stuff ?

When I started playing guitar and singing it was Buzzcocks, Joy Division, Gang of Four, Only Ones then it went early REM, Husker Du, Black Flag after a while I got into Funkadelic and James Brown and early Belgian New Beat and Acid House. When I met the rest of the band members we were into Big Black, Butthole Surfers, Husker Du, Voivod, Public Enemy, Can. Nowadays I’m still listening to a lot of varied music. I really like some electronic music like Burial, Mala, Kode 9 and still lovin’ the hardcore with bands like Hoax, Bits of Shit, Crazy Spirit, Arctic Flowers and UK bands like Divorce and Savages.

You are coming to Greece once more, last time was in Rockwave Festival where you easily took the crowd by your side despite the burning sun above your heads. How does it feel every time you visit a place you’ve been before? Are you filled with memories or do you try to be as professionals as it gets? Which other countries treated Therapy? well in terms of response (and sales if you wish) ?

The Rockwave festival was one of our favourite festivals. We had such a wonderful day. We met a lot of local people and had great conversations with them, we also met some cool bands. The hot sun only added to the experience. Recently we’ve had a great response in Belgium, Holland, Germany, Russia, Finland and of course, Ireland!

Rumour has it that you’re going to release a box set of specials this year. Could we have some more details on it if you please?

It’s something we’re working on. We have to wait on permission from our old labels to see what material we can use but we have some unreleased material and remixes and also lots of curious things like tapes of us talking in the studio, the demos and out-takes from our 90’s albums and even audio of us arguing in rehearsals! As soon as we get everything together we’ll make an announcement on our website.

Last but not least, we’d like to thank you for your time in answering our questions. The last words belong to you and we hope you’ll have a great time in Greece once again because we will surely have.

Thank you very much for the interview and your support. I can tell you that Therapy? is very, very, excited about returning to your country again, we can’t wait!