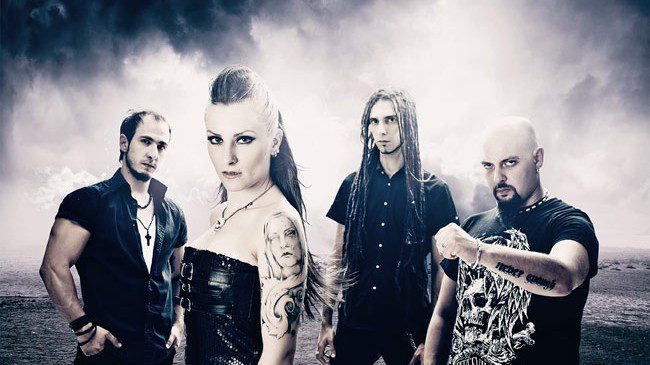 Dimlight considered as a very promising band from Greece, three years after the debut release of ‘Obtenebration’, they present the second release called ‘Psychosynthesis’. Sanna Salou (Vocals) and Nick Perlepe (Guitar) introduce themselves talking about how did the band start, their influences, their the live on MFVF (Belgium) which they consider it as the greatest moment of the group, the changes on the line up and also answered on a rumor that they received threats about “Absence of Light” in which they used some lines from the Koran…by Stella Papaspyropoulou.

Hello guys! It’s good to have you here at Metalpaths. How have you been?

Sanna: Hello to you too! It’s awesome to be here and chat with ya guys. We are very well thank you!

Would you like to say a few words about the band, for those who are not familiar with you?

Sanna: The band was founded sometime in 2006. Soon after, we started working on our first album while gaining experience by performing on various Athenian metal/rock scenes. We released their first album called ‘Obtenebration’ under the label of Emotion Art Ltd.  in 2009 and our second one called ‘Psychosynthesis’ was released in 2012 celebrating at the Mfvf 2012.

You released your second full-length album in October and you are about to have a live show in Athens, on next Saturday. The first one actually after the release of “Psychosynthesis”. What has the reaction of your fans been so far towards your new work? 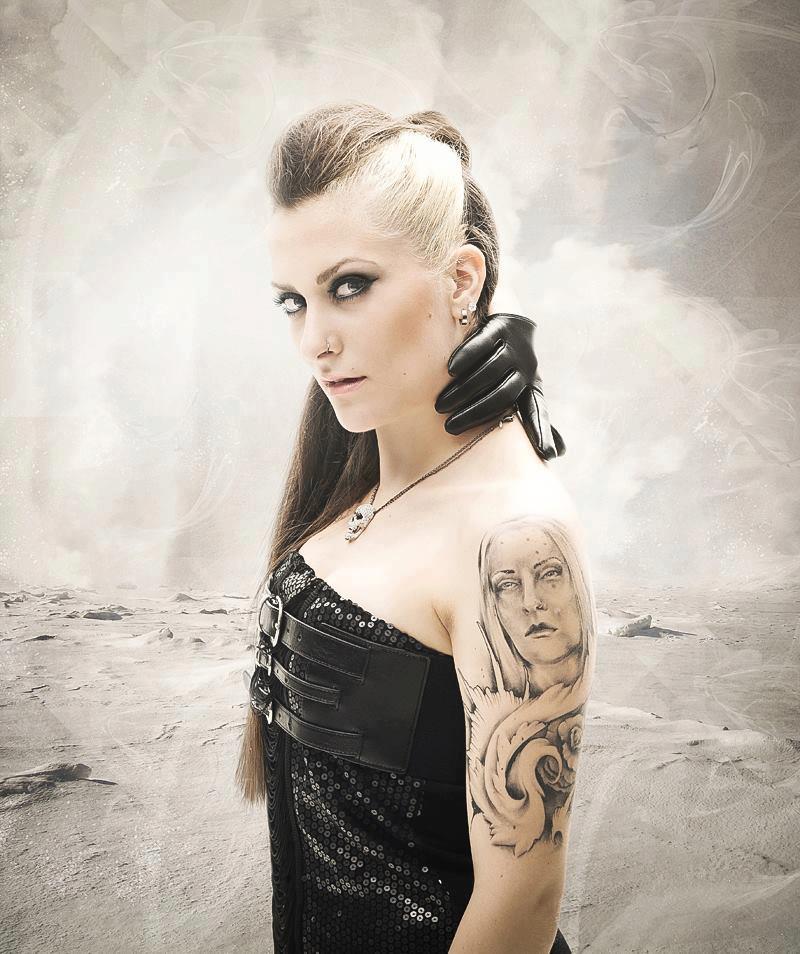 Nick: The reaction so far has been amazing and has exceeded our expectations! Fans seemed to have appreciated our latest work very much indeed and the risks we took while writing new music paid off!

“Psychosynthesis” is a lot more complicated and aggressive than “Obtenebration”. How would you personally compare the two, taking into account the progress of the band members of course?

Sanna: Well the first album came out quite naturally while writing it and I might even dare to say was a bit unripe. When we started composing the second one we had already involved on a more personal level musically and we realized we needed to level up our music as well and we experimented with new sounds and pushed our limits a bit further, it was a deep craving to express ourselves more. Someone can hear that our compositions are more mature. It is a natural evolution I believe!

Sanna, you write the lyrics along with Invoker, and all the songs in “Psychosynthesis” revolve around matters of the human psyche. Was this album intended to be a concept one and what is the message you want to pass through your lyrics? Where do you get your inspiration from?

Sanna: To be honest our intention was not something like that. After finishing the entire album we realized that all the songs were connected and the essence of them all was the human psyche. The lyrics were written mostly from me but Peter and Nikolas where both involved into the writing process and contribute to the final result. So our inspiration comes from everyday life, and this album aims to makes us wonder a bit more and take a look deeper into our minds!

Another question for you Sanna. If I’m not mistaken, you started singing with Dimlight, without having any past experience, and now you are having some vocal training. How has this helped you within the band?

Sanna: Well I’ve always been singing since I was a little kid but never too seriously. I started thinking about it more right before joining Dimlight indeed. Studying your skill is THE most important thing above everything including talent! So for me to be able to study my instrument gave me the power to explore my abilities and the freedom to express and perform musically as best as I can whatever there is inside.

The music of Dimlight incorporates a lot of different things. What are your influences?

Nick: All the members of the band listen o many different kinds of music and not only metal, and we differ in our taste even between us, so I would say we are influenced by all music!

In the six years of existence, Dimlight have gone through a few line-up changes. Many believe that a line-up change can bring something new to the sound of the band. What is your view on this and in the end how difficult is it for you to cope with it?

Sanna: We had the privilege to work with musicians that could understand the sound of the band. Although when you tend to change members in a band its sound could vary and alter sometimes. The last years the core of the band was always me, Peter and Nikolas so we could maintain the Dimlight atmosphere intact. We do hope in the future to achieve a more full permanent line up.

During your live shows you use pre-recorded bass lines. How come you choose to appear with no session bassist?

Sanna: We have a bassist in the band and it was an always will be Makis, one of the founding members of Dimlight. Unfortunately due to some extremely serious health issues Makis is in no condition to be active. We can’t imagine ourselves playing with anyone else; therefore the only way was to work with pre-recorded bass.

In October you participated in MFVF in Belgium, though this was not the first time you performed abroad. How was it to participate in such a festival with so many important names of the female fronted metal scene? 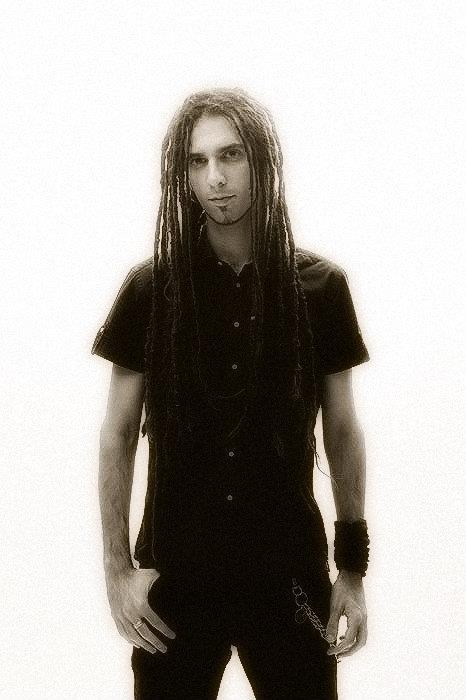 Nick: We were so excited to go abroad and play again, the foreign crowd receives you differently than your own country’s and we wanted to interact with a bigger crowd this time! Participating in such a huge festival means making one of our dreams coming true, such an amazing learning experience and meeting all those people and musicians taught us more about this ‘’job’’! It was a playground day for us!

What do you consider your most important moment to be so far?

In “Absence of Light” you used some lines taken from the Koran and there are some rumors that you have received threats for it. Is it true?

Sanna: No it’s not true that we received threats but we did received messages from people kind of irritated or annoyed or just wondering why we did what we did. We explained that the purpose of the song is to tell to all the people out there in the entire world that no matter your religion and in which ‘’god’’ you believe we are all brothers!

In Greece it was always difficult for metal bands to take a step, let alone now that we are going through a financial crisis. More and more bands choose to release themselves their work, and you have followed the same path for “Psychosynthesis”. Has it become more difficult nowadays to find a label that you cover your needs entirely than to release an album yourself?

Nick: It has always been difficult to release with a label and make a deal that is suitable for both parts, now it’s just harder and doesn’t make any difference other than that you need more patience and strategy to avoid wrong choices as possible. The point is mostly to know what the band is really looking for and what is its agenda. Having a label doesn’t necessarily means you’ll have success or vice versa. A band with or without a label/manager/booking agency still needs to put A LOT into the band and constantly work to be better.

Thank you for your time! Is there anything you wish to say to the Metalpaths readers?

Sanna: Thank you for the opportunity to reach out more friends or Dimlight we hope we’ll catch up with some of them at our show this Saturday 16th of March at Kuttaro Club and having fun with loads of heavy music and many GIFTS ! If you want to know more about that check out our facebook event for the show! Stay metal and SUPPORT THE LOCAL SCENE !\m/\m/