“I think we’re doing something different in a time where there is a lot of cookie cutter bands out there.” 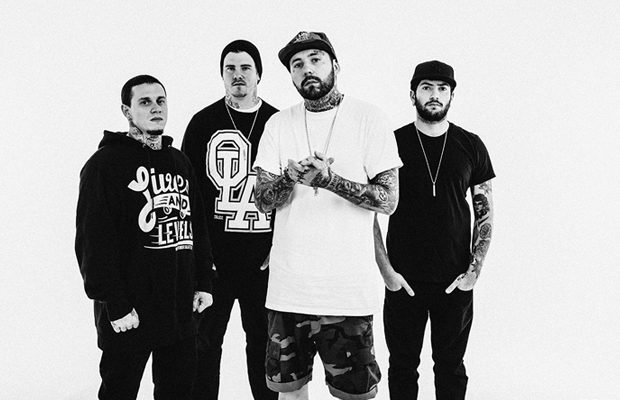 “Bout It” is the last full length album from the Australian hardcores Deez Nuts released on April 8th by Century Media Records. Metalpaths conducted an interview with the frontman of the band JJ Peters who talks about the new album and the dozen of guest appearances on it, the upcoming plans and the his “extreme” way of life…by Rena Koutsou

Deez Nuts! I was working on the promotion of your show in Thessaloniki, enjoyed your perfect appearance on stage, drank some shots with you and here I am after exactly one year, preparing questions for your interview. I should reclaim the 23rd of March my “Deez Nuts” anniversary day! So what are your memories from your last show in Greece? Did you have a good time? Anything strong to remember?

Haha, “Deez Nuts Anniversary”! I love it! I loved my last experience there, shows were intimate and energetic. Everyone was real cool to us as well. I look forward to coming back!

I got a lot of questions for you considering your full of alcohol and smoke way of life, but before, let’s talk a little bit about your new album. I would totally recommend “bout it” to the fans out there, but what do you think it makes the album special? 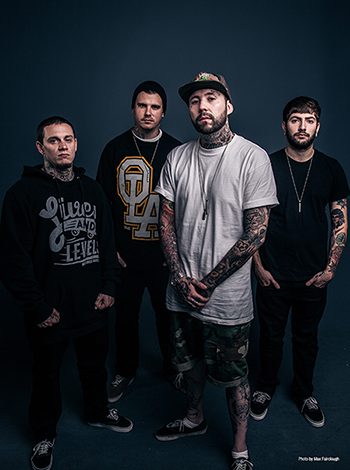 I think we’re doing something different in a time where there is a lot of cookie cutter bands out there. Also, I think ,as far as our career, it’s the best album we’ve put out to date because we wrote as a band rather by myself. That resulted in a “special” album in my opinion.

You also got a lot of interesting guest appearances from Architects, Madball, Hatebreed and others, something that we’re not really used to in your previous works. How did you decide to include them now?

Well, aside from being fans of all the guests, these are all friends of ours now that we’ve made through touring. We just reached out to people we thought would kill it on certain songs and they all said yes. We are very lucky.

The album is already in stores. Is it going to be followed by any worldwide tour? And when shall we expect it?

Yeah, we have already been to Asia since the release. We will then be doing New Zealand, Russia, European summer festivals, Australia, Canada, se-Asia again then europe and eastern europe. so a lot of touring to support this album!

Do you nostalgy the “I Killed The Prom Queen” era? Do you prefer the old days or you’re more satisfied now with “DN”? 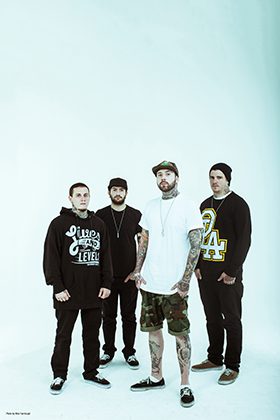 I don’t compare the two or dwell on the past. I cherished my time with IKTPQ and look back at it fondly, but that was 13 years of my life and now I’m enjoying this new chapter.

I got a complaint! People who wanna check out the visual side of yours can only find a couple of video clips. Why aren’t you making some more? Or maybe a dvd with live footage etc?

We currently have 4 official videos out. “I Hustle Everyday”, “DTD+GO VEG”, “Band of Brothers” and the “Shot After Shot” lyric video. We’ve also shot a video for “Unfuckwithable” that will drop soon and we will be making another for “Popular Demand”. We also have a DVD out called “Fuck the World”. You can order it online or watch the full movie on youtube.

Booze & weed. I remember you drinking in our show “like there was no tomorrow”! Do you make the same thing every day? Aren’t you worried about the consequences?

Yeah thats everyday for us when we’re on tour. We have a sting tolerance and we like a good time haha. But that doesn’t mean its for everyone. It may be a little short sighted but I live in the moment more than concerning myself with the future. I love the way I like, if I have to live with the consequences one day so be it.

You follow a strict vegan diet though… Why did you choose that?

I’ve been vegetarian since birth and vegan for nearly 10 years. I don’t believe its necessary to eat animals when theres so many other options. I think its cruel, inhumane and selfish.

You’re mixing the hardcore/metal genre with some hip hop influences. But what is your playlist at home? Do you consider yourselves as a hip hop or a hardcore fan?

I am a fan of both and grew up on both, but my tastes are eclectic. The last 4 artists I listened to today were Bruno Mars, Kevin Gates, Ryan Adams and Kigs of Leon.

Are you making any money from your cd’s, merchandise or shows? What do you do for a living? At the end of the day… does it all worth the cost?

I wouldn’t call this a job, but this is how we make our money and we make enough to survive and keep making music. That’s all we want.

Thank you for your time, hope you will continue with the same passion and attitude and wish to see you soon again on stage!

Thanks so much for the interview! We will do our best to keep doing what we’re doing for as long as you keep supporting us!