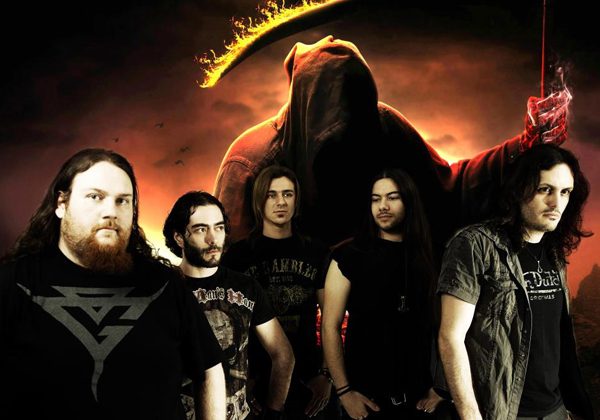 A few days ago I contacted my good friend Nikos Siglidis guitarist, main composer and leader of The Silent Rage in order to learn about how things are going in the band due to their latest addition of Steve Venardo in the singer’s position, and their upcoming gig on Friday, 28th of June where they will open the show for Stratovarius along with Secret Illusion…by Steve Drax

Hello Nikos, nice to talk to you my friend. How are you?

Hello there Steve, I am really fine my good friend! Thank you very much for giving me the opportunity to talk to you and Metalpaths concerning the upcoming plans of The Silent Rage. 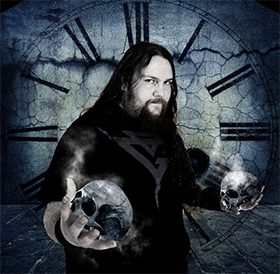 I would like you to introduce yourself and your band to our readers that may not be aware of The Silent Rage.

The Silent Rage basically is my brainchild, being formed up in February 2006. Since then the band faced numerous line up changes, but still we managed to releases two EP’s, “The Silent Rage” EP on 2009 and two years later, the “Harvester Of Souls” EP. Apart from that, we have also taken part in two compilations in the past. During the years of our existence, we were lucky enough to share the stage with Shadow Gallery, Rage & Grave Digger, while another two important shows are right there in the corner for us, one with Stratovarius at the 28th of June, here in Athens and Gagarin 205 Club and one with Rotting Christ, at the 6th of September in the city of Kalamata and Spondes Live club. The festivals of Greek Metal Gods & Tunes In Progress were also really important for us as well as our participation in various contests such as qualifying in the finals of the Greek Wacken Metal Battle back in 2010.

So, after a long period of searching for a new singer, The Silent Rage lineup is once again complete. Steve Venardo (Heathendom, Valet Parn, Double Square) is a very talented guy and participates in many bands as he has done in the past. Are you satisfied by the current lineup and how the band sounds to you? What is Steve’s opinion about the band?

After almost a year and searching the ideal one to become the ‘fifth harvester’ in our ‘legion’, we are finally managed to have Steve Venardo with us. I am more than grateful that such a talented person is with us now and I am pretty sure that many bands would like to have a singer like him amongst their ranks. The current line up I must say is probably the strongest ever in our short history. Every member is devoted to the band and aims to the same direction. That would be of most importance to me. Concerning the sound now, those who are going to attend our upcoming shows are definitely going to see the new face of The Silent Rage. The music direction has changed a bit; it’s more – in your face – riffing, contrary with what people used to hear from us thus far. As for Steve’s opinion, in an also recent interview that we did together, he stated that he joined The Silent Rage because he understands it’s a band with potentials, making one step at the time and doesn’t want to rush into things as well as a shared common heading for all members. That’s for the sake of the band of course!

What is the reaction from your fans about the new lineup? 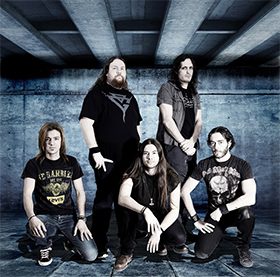 I wouldn’t say fans, I would rather prefer the term ‘friends’. It was quit a pleasant surprise from what they told me. They are excited to see how the band sounds with Steve in our ranks. I am confident 1000% that they are gonna love it!

When I saw you last time in Athens, you surprised me by letting me hear some new demo songs and I can say that they sound really heavy. Would you like to share your thoughts about the new material?

Hehehe, that’s a tricky question there Steve. Well the sound is changing as I said before, it’s heavier and this time the riffing philosophy is looking with a clear view to the other side of the Atlantic Ocean. Still some elements remain from the European territory, but the American way of sound is coming to us. I am pretty sure that the result is really nice. What do you think mate?

From the songs I’ve heard I think that you sound even more aggressive than your last EP and really liked it a lot. When should we wait for a full-length album or anything? Are there any recording plans for the band and if so, would you like to share them with Metalpaths readers?

This is our next step. Right now we are checking to see which of the songs are going to make it and finally be included on the album. We are also in the pre-production to give a final shape to the songs. We are going to record 10-12 songs for our album which is going to have the tile “Inner Scars”.

Will there be any guest musicians in the new album? Are there any conversations about this subject in the band?

Remind me the next time not to tell you about these things when we are having beers together hahaha. To be serious now, we are planning to have some. I already have discussed the issue with some interesting musicians. Two of them have already agreed but still, it’s too early to announce something. So, be patient for a few months! 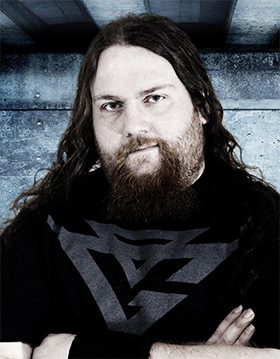 The Silent Rage opens the show for Stratovarius along with Secret Illusion at Gagarin 205 in Athens on Friday, June 28th 2013. How do you feel about that and should we wait something special that evening? Will you perform a new song or a cover?

It’s a great feeling to open for a band that you come in touch with their music back in the days when you were a teenager. Stratovarius is one of them for me and it’s a great honor to share the stage with them alongside with our good friends Secret Illusion. For that special show, marking the first with Steve on our ranks, we decided not to perform any covers. We are going to do instead two brand new songs. One of them is going to be the opening track of the night. So those of you who are gonna be in the show, be focused on that!

Have you considered of playing in other cities of Greece, going for a Greek tour sometime in the future or even playing abroad? Are there any plans or interest?

That’s definitely something that we are looking to do. The first stop for us is Kalamata on the 6th of September, where we are gonna hit the stage with Rotting Christ alongside with Hostage, Insomnia & Vios Olethrios. The next step is to book shows in other cities with friendly bands or even arrange some exchange shows. In the past we have done a small mini tour under the name “Tunes In Progress”, alongside with Until Rain, Arkenstone & Soundgeist. Agnosia was also to take part in that tour but didn’t happen due to health issues. I am pretty sure that a strong line up for our upcoming Greek mini tour will be set up soon.

I know that you are in many ways a very active member of the Greek metal scene not only as musician but also as a owner/chief editor of Greek Rebels Webzine (greekrebels.gr) and you generally help in any way bands and musicians of Greece. I would like to ask you if you think that the Greek metal scene is united or not and are Greek bands helping each other enough? 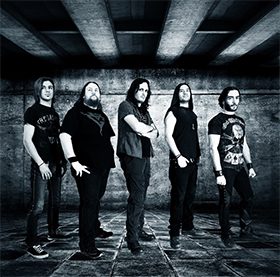 Well the Greek metal scene has changed A LOT in the last 5-7 years. The bands are more united; they help each other a lot and give advices in a variety of issues. What we can see is that the fans are starting attend the shows of our local ‘heroes’ if you want. I always said and keep saying that the bands that we have in Greece are sometimes way better that others that have the privilege to live in central Europe or even Scandinavia. It’s only territorial the issue with our bands. If we were geographically located in those territories, it would have been even easier for the bands to tour. But hey, everyone would love to have the audience we have here. It’s nowhere like Greece! There are plenty bands that have set their own fan base and that’s the most important fact. They have also managed to perform sold out shows in very big clubs, so definitely our scene is rising. Something good is out there in the Greek metal scene and I dare your readers to search for it! They are going to be amazed from the bands that they will discover.

You are also a big fan of rock/ metal music so the question is if you like any Greek bands that have been formed the last years and think that they should get more attention by fans in Greece and abroad? Do you think that these bands are in the same or even bigger level than bands (including big names) from abroad?

It would be unfair to name some bands because I will definitely forget some of them and that is something that I don’t want. As for the second part of your question the answer is definitely a HUGE YES! Our bands can kick some serious ass!

Nikos, I want to thank you for your time and all the news and thoughts you shared with Metalpaths and hope to hear you again soon. Have fun in the gig with Stratovarius and I wish you all the best with The Silent Rage. I leave the last words on you.

The pleasure was all mine Steve and I would like to thank you very much for letting me share the plans of The Silent Rage with Metalpaths readers. We look forward to see you all on our upcoming show with Stratovarius & Secret Illusion and later on with Rotting Christ!