“The fact that we all can contribute creatively builds a kind of comradery. No one is bigger than the band and we are proud to have each other as colleagues.” 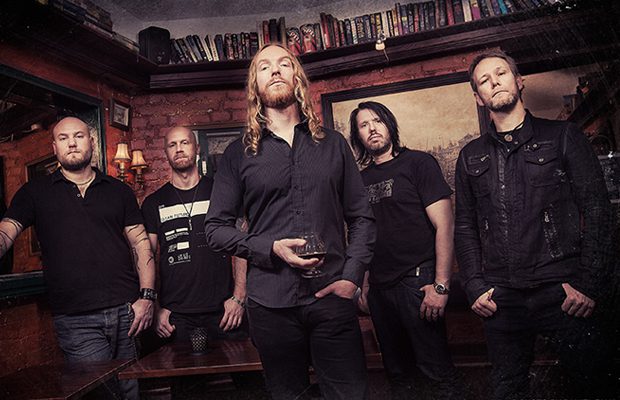 The Swedish are back! Three years after their last record “We Are The Void”, Dark Tranquillity return with their 10th studio album under the name of “Construct”. The keyboardist of the band Martin Brandstrom talks at Metalpaths.com about all you need to know around the record…by Aggelos “Redneck” Katsouras

First of all congratulations for the album, as it has a very refreshing sound that mixes the past with the possible future of the band. Can you tell us a few things about the whole procedure, regarding production, composing and the atmosphere during the recordings?

The process of writing this album started out tough. At first we could not get a good angle on it as we were set in our old ways of working out of the rehearsal room. For some time we went down there as usual but just ended up frustrated and with little to show for the time we put in. It became apparent that we needed a fresh start. On top of this Martin H got a mild case of writer’s block and decided to step aside creatively for a while. It ended up being me, Niklas and Anders meeting up in my studio, Rogue Music, early in the morning five times a week during the fall 2012, treating it as a “normal” job. You can will yourself to be creative and after a while we finally had a course and a plan for what Construct should be. It may seem like a tiny detail, working in a studio instead of a rehearsal place, but in reality it is miles different. You do not need to learn anything, you will hear your ideas directly and the time it takes to communicate an approach to the others are minimal. This created an environment where we were able to let the songs go further in the directions they were already striving. 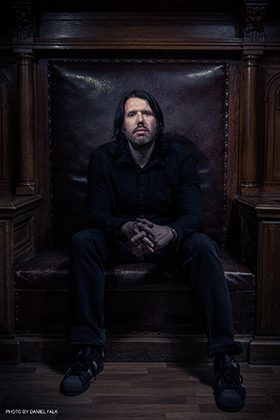 In my ears, we have something of the ”Projector”/”Haven” era in terms of atmosphere with the last four albums’ sound which made things quite interesting for both older and younger fans of the band. Are you satisfied from the overall result or are there things you might change?

I can buy that comparison, “Projector” for the dark vibe and “Haven” for the straightforward song writing. I am very satisfied with how it turned out. “Construct” is the album we set out to write at this point and as for changes, they will have to wait for the next album.

Another big success of the album is that the more I listen to it, the more I imagine these tracks live (which we all know is the real force of the band) and I think they can fit perfectly to the next setlist. How difficult is to adjust newer stuff to the old ones each time you release an album?

Making a setlist can be tricky at times, especially when an album is fresh. Sometimes it is just hard to get a grasp on how a song will work beforehand. This time we have not even played the songs together before the album was recorded since it was our studio brain child. It is an exciting process to now get to take the material on stage and see what´s what.

I don’t know many bands where the drummer and the keyboardist compose so much material (usually it’s the guitarists’ work for most bands). How fortunate do you feel that all members can add something to the material and how do you manage to combine your ideas each time?

In that sense we are very fortunate. The obvious reason being the mass of ideas we have to build from when writing but also what it does for our band chemistry. We are five strong willed individuals that all work really hard to make Dark Tranquillity work and the fact that we all can contribute creatively builds a kind of comradery. No one is bigger than the band and we are proud to have each other as colleagues.

Once again the lyrics and the vocals raise the album a level higher. How much of a certainty is for all of you the fact that you can transmit your thoughts into pictures to fans’ minds and which is the inspiration for the lyrics this time? 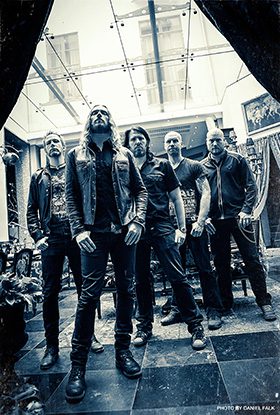 I try to avoid speaking for Mikael. I think he does it well enough without me clouding the message, but transmitting our thoughts and emotions to the listener is the ultimate reason to ever pick up an instrument. When that succeeds and you experience that you are not alone feeling something intangible it is music at its best.

This time there seems to be a perfect balance between the instuments. There were albums with a little more guitars, others with the keyboards on the front, some others with drums taking over. It sounds like you recorded the tracks playing live. Tell us your opinion about it.

I think what you are hearing is our conscious decision to consistently put the song first. Whatever could paint the picture or tell the story the best is what we gave the spotlight. As I talked about before we actually recorded it the complete opposite of “live”, but at the same time being a lot more aware of what we as instrumentalists are contributing to the song.

The last five years we had two departures from the bass place in the band. Martin took over the bass duties on the album, which are the thoughts of the band regarding the new member? Have you found a new bassist for the tour or are there any thought of Martin returning to bass again and getting a new guitarist instead?

We have not decided on how to proceed yet. The most likely thing to happen would be getting a session member for the shows. I do not really see the need for a permanent member when we already have the core competence in our fold. Hearing Martin play bass again on this album was a treat but I would not want him to switch back from guitars.

Talking about gigs, what is it that makes you provide so much energy each time? I’ve seen you six times and really can’t decide which time was better. Is it a motive to show that the studio work is not in vain or does entering the stage bring another feeling maybe unknown to fans?

I think the feeling of communicating through music in real time never gets old. You can be having the worst day, which is not uncommon in the straining tour environment, but being part of a show firing on all cylinders washes all that away, and then I am not only talking about us on stage but about what we all experience and create in the room – band and audience together.

Greek fans love you very much and I think you feel the same regarding your reactions whenever visiting us. Also, like you said when you invited Johan Edlund from Tiamat in Thessaloniki, it was the first and last time you ever had a guest. Tell us your feelings of that night and also of the one you played in Rockwave Festival under 40 degrees dressed in black (except Niklas) in 2004.

It was very special having Johan on stage. I have played with Tiamat as a session keyboarder on many occasions and we are close friends. Having him join us was just a spur of the moment idea backstage that turned out nice. I do remember Rockwave festival as being extremely hot. The problem was not the playing as much as dosing the right amount of partying in the heat afterwards.

Are there any new places you may visit this time or some that you’d like to go and never happened so far? What does it feel like every time you go to a new place and meet new fans from all over the world? Doesn’t it make worth the tireness of the constant tours all these years?

It is absolutely worth it. Just last week we were in Dubai for the first time. Getting to meet an audience up close that hasn´t experienced a live set with us before but still might have a long running relationship with our songs is a big treat for us. We have been fortunate to go to vastly different places playing our music but would not hesitate taking it to new areas given the opportunity.

Which are the plans for the support of ”Construct” this time? How much important is this album for the band? Did you believe when you were starting the band that you’ll reach the tenth album and still sound fresh and interesting to your fans?

Our plans is to take the album to every corner of the world. I know it is a cliché answer but right now it is the most important album for us. It is where we are at right now and I am proud of Dark Tranquillity – past and present. I was not in the band when it started but I can not believe they gave album number ten any thought at all. It is however a great pleasure to still feel relevant at this point in our career and I know that we still have more things to say before we close shop.

I’d like to thank you very much for your time in answering our questions. We’d like to see you once again in Greece hopefully. The last words belong to you and you may close this interview however you like. Tak som fan!

Thank you Greece for your support. We are really looking forward to come back and see you again in the not too distant future!