” I tried to create a record to put you in a mood and take you on a little journey musically; up and down, loud and quiet, celebrating to sad” 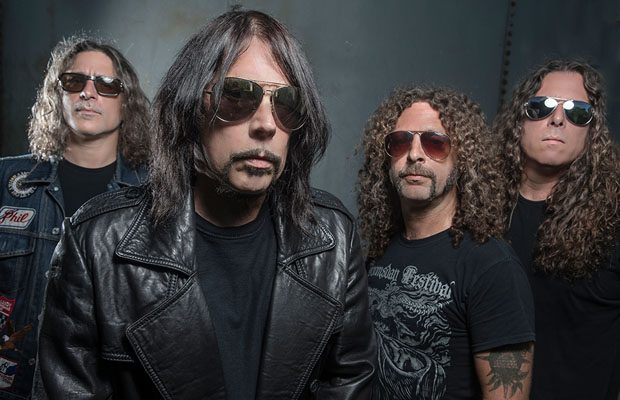 There is no doubt that if there is a band that knows how to rock, it’s Monster Magnet! For more than two decades now, their music still travel us to outerspace and further more to the most bizarre, psychedelic galaxies. This time, the Monster has scheduled another trip for us through its brand new “midnight record”, as Dave Wyndorf likes to call it; “Last Patrol”.

How would “Last Patrol” looks like if it was a movie and what links Marvel’s comic hero “Doctor Strange” with the new record? Space Lord himself talks to Metalpaths and gives the answers in the interview below!

So Dave, your new album “Last Patrol” has just been released. What feedback have you get so far?

“Last Patrol” is the first album since couple of years without Ed Mundell featuring Garrett Sweeny on the guitars. I know that you write all the songs your own, but has this change affected the new album in any way or the band furthermore? 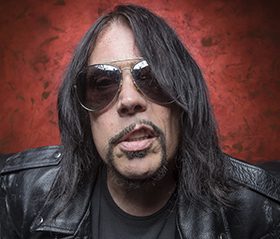 Nothing negative… I mean, Ed is a fantastic guitarist but, you know, he wasn’t a writer in Monster Magnet and I’m pretty excited about the way the leads came out on this record. Phil Caivano played most of the leads as well as the new guy Garrett and it’s been just fine.

I read on an interview that you started the compositions of the album too late when you have been run out of time. Isn’t it risky? How did it work?

It’s very risky! You know, what happens is like I always agree to receive schedules and sometimes I get so confused to doing things the way I want to and there can’t be reschedules so I have just to hurry up. I tried a bunch of my time but sometimes I let things go on too long and on this one I had to write like a crazy man in the end. But I think it’s ok, sometimes it’s good to have a fire into your ass you know!

There is a cover of “Three Kingfishers” of Donovan on the new album. How did you come up with that song? 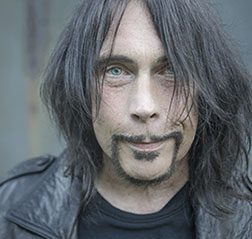 That song is one of my favorite psychedelic songs! It’s really early primal psychedelic music from England 1966, it’s always been one of my favorites. It’s a sin to me that on this record it needed something authentic like back in the days and I stole that and I was like “I can’t just be normal I’ve got to do something to Monster Magnet too”. So, I split it up and I did it like the original version but then I put this kind of heavy stuff which made it fit to the record even more.

What are the lyrics of the new album talking about? Are there any Marvel references once again or a special story of a song you’d like to share with the fans?

Yeah, there are some Marvel references definitely. The song “Mindless Ones” has to do with the “Doctor Strange” comic book and lots of the lyrics on this record are really just about me singing about my life. I tend to use the language of science fiction in order to express myself. Big things… The Bible, science fiction, outerspace seemed a more dramatic way to express myself. Honestly, I’m a pretty quite person so if I had to write down my normal life would be boring. So I tend to use the vernacular of science fiction and fantastic things to express my emotions. Sometimes it just seems like a style that works for me and most of the songs on this record are really about I would guess pretty normal things, you know, what happens when you spend too much time on the internet, what happens if you lose a girlfriend it all starts from something real and it gets bigger and bigger as I write it.

How would you describe the new album to a fan that has not listened to it yet as it comes about music? 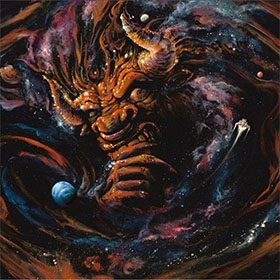 I would say it’s like what I call a “midnight” record, this is the kind of record you wanna put on when the clock strikes 12. It’s kinda of a vibe, almost like a movie, you want to listen to the whole thing. I tried to create a record to put you in a mood and take you on a little journey musically; up and down, loud and quiet, celebrating to sad… What I say is listen to this record the way you’re watching a movie.

That’s what I was about to ask you…You said that the title of the album could be a movie’s title. Could you imagine “Last Patrol” as a movie? How would it be?

That’s a good question! Hmmmm….it would be like “Blade Runner” I think! “Blade Runner” has a future where is futuristic but it’s really dirty too at the same time. You know, it’s got all this like garbage in the streets and stuff but there’s also the futuristic tech. Yeah, “Last Patrol” seems to me like a private detective in the future kind of movie.

Have you ever thought of writing a story for a movie or a book maybe? With the writing skills and the fantasy that you have as it comes about lyrics it would be pretty interesting I guess! 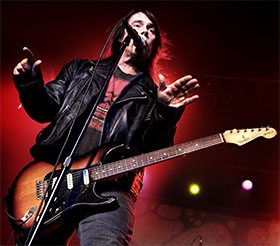 Oh thanks! It sounds like a good idea but you know I like music and I like to express myself through the combination of words and music. It’s a certain kind of thing. I wouldn’t put it out, maybe I’d like to try someday.

The last two years you toured a lot playing “Dopes To Infinity” and “Spine Of God” in their entirety. I guess that the fans were more than excited with that…

The fans were great! They were really cool man! You know, I didn’t know if people would show up for old records like that but they did and it really turned us on quite a bit to play. Actually this tour inspired me to write this record as well and turned to more psychedelic.

Would you try to do the same with another record as well? 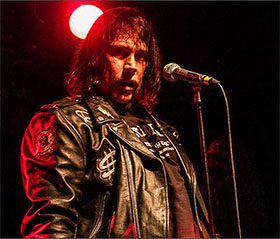 Yeah! As long as the fans still want it our goal is to play as many records as we have. Now is a cool thing to do but it’s also allow us to tour more and touring for us is really the best way to communicate with the audience. Making records is awesome, it’s fantastic but it’s nothing without being with the people who listen to it. So I’d love to do more records like “Superjudge” and “Powertrip” for sure.

You have expressed your admiration to bands such as Clutch or Graveyard. Stoner and heavy rock music influenced by the 70’s is rising nowadays with hundred of new bands coming out day by day. What’s your point of view for the rock scene nowadays? Are there any new bands you’d like to recommend?

For fans of mid-early 70’s hard rock, It’s really good to see new bands. Graveyard are awesome and I like Kadavar a lot. Kadavar is one of my favorite bands of the new generation, they really do good job. I’m really excited right now to see all these bands. I’m not a big fan of the modern rock scene, I haven’t been in a while but right now I really am. I mean, that’s my kind of stuff so I’m back in a 100%.

Next month you begin your North American tour, the first in ten years! How do you feel about that and what should the fans expect of this tour? 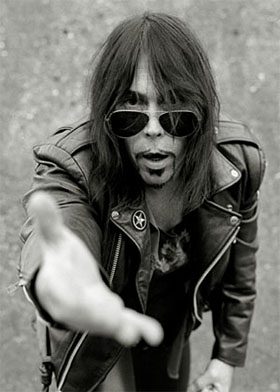 The tour is to go back to the United States after 10 years because I didn’t think that the crowd in the States was interested so I decided to lay off for a while. And now that the things are happy like you were just mentioned with all these bands and people came back to hard rock, now it’s time for us to go back and I couldn’t be happier. I haven’t travelled through my own country in years. I go to different places like L.A and the South West but I haven’t been in this side of country. Basically, we gonna try to do a cross section of old and new Monster Magnet material and those people can expect a lot of noise, I tell you, a lot of it!

Are there any other touring plans for the future? Is there any chance to see you in Greece!

Oh yeah, there is a plan for Greece and we gonna try to get there next summer for a summer festival.

You count more than 20 years of existence with Monster Magnet. How would you imagine the future of the band 10 years after?

Wow! It’s hard for me to get the next 10 minutes in my mind! Well I mean, I make music all the time and the way we go all I can imagine is probably to make two or three more albums in 10 years. I don’t plan to stop recording music, you know, it’s too much fun and it’s my life. So yes, I see us in 10 years being 10 years older but still doing it!

So Dave, thank you very much for this interview. Do you have any message for the fans?