That’s the way German steel is forged, with two white Flying V guitars. Accept, the very definition of German Heavy metal. Their new album “Blind Rage” shreds and it’s the best possible way for a band like that to show that the old breed of Heavy metal knows how to get things done. Metalpaths.com caught up with Wolf Hoffman, Accepts’ heart and soul to talk about issues concerning the band and then some more. The German Stampede is comin’ your way…

Hello Wolf! Your latest album “Blind Rage” is out almost a year so far. What are your thoughts now that you’ve played the new material live, and where would you spot the differences between this record and “Stalingrad: Brothers In Death”?

We have been surprised from all our new material our Blind Rag songs have been accepted so easy by our fans and they love to sing along. Very good feeling, when you hear the fans getting in to it. You can never tell and often, when we thought this is working in the studio or at rehearsals …life it is a total different animal.

The fans seem to have accepted Mark Tornillo as another strong chapter in the history of Accept. You think that after all those difficulties with Udo, the reunion attempts etc. the band is finally in a state of peace in the vocal department?

I respect the fans who are missing Udo with ACCEPT! But on the other side, I am always surprised – because Udo left ACCEPT officially to form his own Band in 1987. We wrote him the Album ANIMAL HOUSE to give him a fair start and all our business partners supported the decision. We could never have decided by ourselves to let him go – we had pretty darn ironclad contracts – meaning: it was a very mutual agreed to decision. And – this is 28 years ago! 28 years! Yes, we cooperated with him again – several times. And he is the BOSS in is Band and seems to me, he is living the live HE chose. 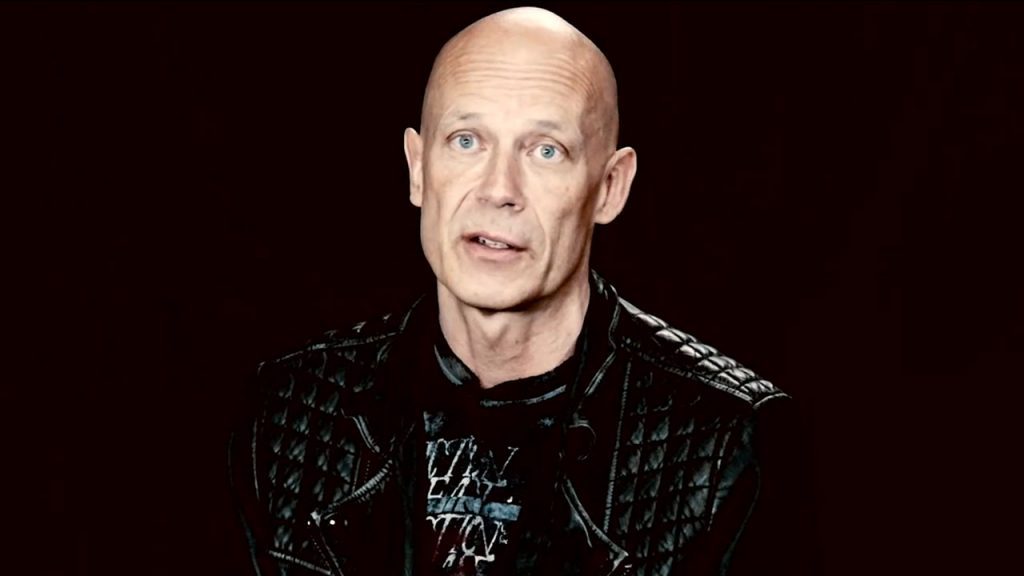 I guess it is safe to say, that ACCEPT have been one of the VERY FIRST Bands who are known for their very critical social issues and if anything raised eybrows in those days it was Udo’s Voice – no doubt about it and ACCEPT’s Lyrics. It started when DEAFFY became our lyricist and decided, that this should not be disclosed that a woman is writing the lyrics for a metal Band. We have been mentioned by quite some huge bands as being an inspiration because she talked about things no one – at that time – would have talked about. When mark came she decided that he should take over – but she is always somewhere “involved” and Mark is cool with that. We all draw inspirations from life ….

“Dying Breed”: one of the standout songs praising the school you belong to? Do you actually think that metalheads of your generation are the last of a dying breed? And what are your thoughts on the metal scene today?

It is a homage to the last GIANTS – not about us. I do believe that this kind of original, distinguished and very unique music from a very unique time, where there was no one before them – can not be repeated and by saying that, I do not mean that there can not be other fantastic Metal Music…but it will be different.

You dealt with the departure of Herman Frank and Stefan Schwarzmann in a very calm manner. Is that clarity a result of the constantly changing line up of yours?

I love change, when the time is right. And you have to take into consideration that in 2010 Peter and I have not been “in the business” and there was nothing that made us believe that the fans have been waiting for our return. It was kind of crazy and would not have ever been thinkable for us – without Mark Tornillo entering our life. So – to find Mysucians who would drop everything and join something where no one new what will happen – is kind of absurd. We asked Herman and Stefan to join us on tour as long as their own careers – which they pursued for decades – would allow it. When they met with the honorable Mr. Schmier even a deaf and blind man could see, that they are made for each other. ACCEPT has never been Herman’s Band or Stefan’s Band…and we are grateful, that they came, when we needed them! But – we all knew, that this is not their calling in life – so all power to them. They might have felt like employees and in a way they were for the time being. We are happy for them, they got a record deal with our label and can now be, what they always wanted to be: recording and touring artists! I hope, THEY FOUND WHAT THEY HAVE BEEN LOOKING FOR!

You don’t seem to slow down, not even one bit. 3 albums in a row, equally as amazing and refreshing for you. Can we safely say that Accept are going through a period of great shape? And if so, which was the key component to that achievement in your opinion?

There are many factors – but three are the most important ones: One is, that we never thought the fans would welcome us. Peter and I are joint at the hip since we were 16 years old – I have never been in another band than in ACCEPT ever since. And to figure out, that we are welcomed – is overwhelming. And the second one is, that we have an ironclad power behind us, the driving force that never let us get away with anything, since 1980 and that is our Manager Gaby – who became my wife in 1989. She does not like to be mentioned – but here I do it anyway. We work very hard and it is so rewarding to see that paying off big time. And Third: When I am on stage and look into the faces of our fans – I am in heaven and when they like our albums as well, all the blood, sweat and tears of the world are worth it for me – and I know Peter feels the same. We are pumped up and ready and to hear the fans sing along and go home happy … you can’t beat that! 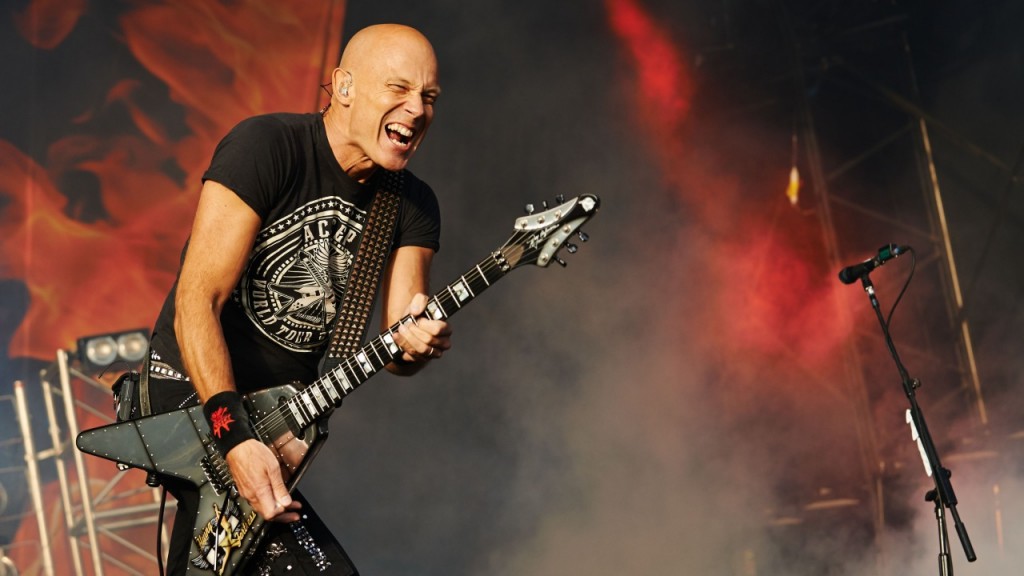 It’s time for a sort of nostalgic question. When you first started the band, was it hard for you to find your sound and stand out like you did, or was it something that you never thought about and just went for it?

I always carry that question with me: is the beginning of a band really the day when some dudes get together and tinker around without anything in mind or is it when music is born that turns into something very serious. I believe we found our footing end of the 70’s /beginning of the 80’s. It was than that we got our ducks in a row… Management, Record Deals and a serious touring business…. Not that the first steps are not essential – of course….but when you find your OWN TRADEMARK …I believe, it is than that you have ARRIVED and than the fine tuning starts and the struggle to be better this time than the last time …..

All those years you’ve been around with Accept, is there something you’d like to achieve and haven’t achieved yet?

Oh…don’t get me started. I guess I am at a very good point in my life and I got more out of it than I could have ever imagined. I feel better than ever on stage – fans give me a herculean strength – and I am always regretting when the show is over. We are now at 2 hours at our own shows and I know Peter feels the same…let’s NOT stop. But, I am sure 2 hours is just fine for the fans. When thinking about what I have not achieved – there is only one thing that tortures me all my life: I might never arrive at a point where I stop worrying – if I gave it all, if I could have been better. I wish I could take it a bit easier – but, I can’t.

What are your memories from the last time you’ve played in Greece? And which one of your shows would you call your favorite? 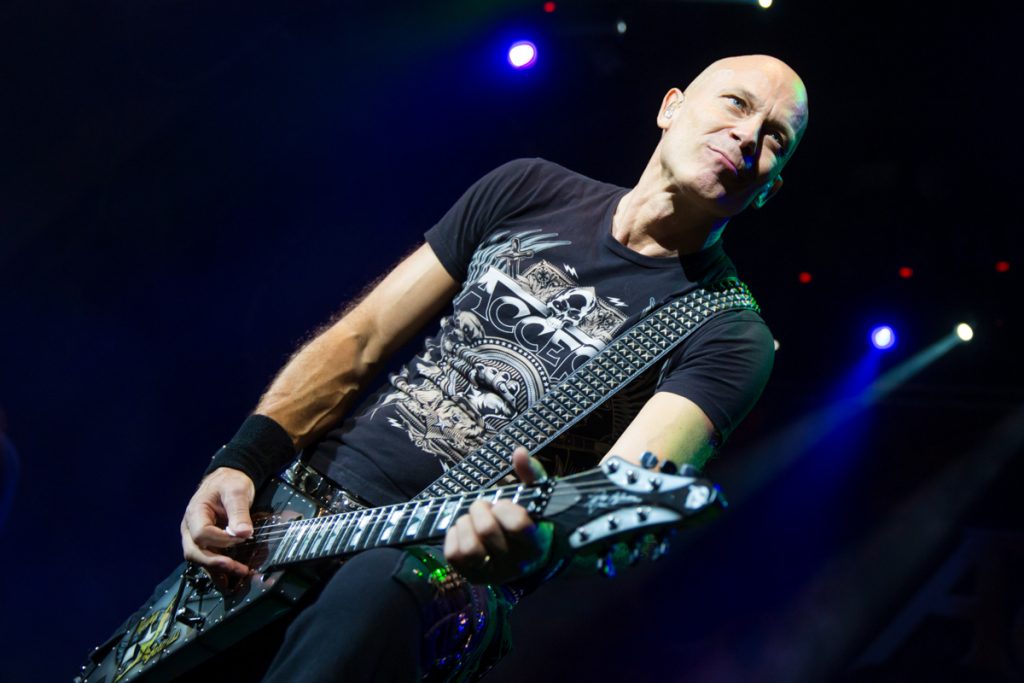 The Greek fans have embraced your comeback so much that they’ve jam-packed the venues on the last 2 shows in Greece. What can they expect from Accept on the Blind Rage tour in terms of playlist?

We are now on the BLIND RAGE TOUR part II – so THAT is our focus – but come and see… rock with us!!!

That was about it Wolf! Thank you so much for the interview it’s been an honor! The final words are yours.

Thank you for making us feel like coming home! We love you!