SHINING is a band, popular (or notorious) enough to have made a solid follower-base. Niklas Kvarforth, having been in the spotlight quite often in the past for the content of music videos, his appearance on stage or his provocative statements, speaks to Metalpaths.com about the new album – “IX – Everyone, Everything, Everywhere, Ends” – and video, his self and the Shining music in general. Enjoy…

The new Shining album is a very versatile one, a reinvented version of the band. What inspired you to compose such a multi-faceted album?

I would say it’s rather quite a natural progression from where I left off with the “Redefining Darkness” album.  HOWEVER, as it’s been about four years between the two I have also probably evolved as a song writer too. Also, this time around, our guitarist Euge was involved in structuring the album together with myself and he might therefore have managed to sneak in his very own style as well. The period prior to the composition of IX was very problematical as not only did I suffer a writer’s block, but also had to deal with endless bullshit from our then current label, as well as basically each and every single part of my personal life too, which ultimately resulted in a bit more of a hostile and sinister approach than usual. 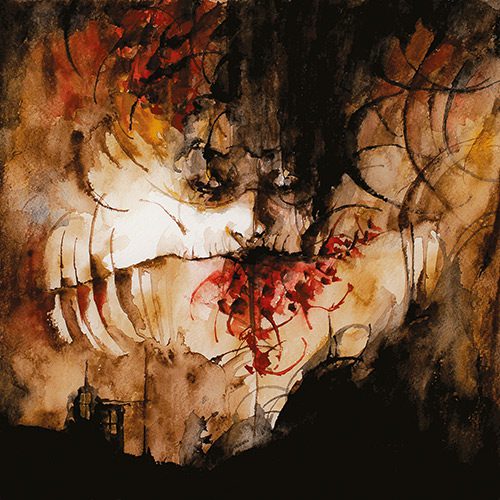 The lately released video “Vilja & Dröm” is a poignant comment on the news presentation today. Could you tell us more about your point of view on this aspect of social reality? Do you believe in the raw truth to be shown or hidden from the general public?

It is obviously more of a glorification of where things are heading in this disgusting world of ours, not that I’m complaining, quite the opposite really. However, no matter how much raw truth is shown to the general public, I firmly believe it doesn’t really make a difference as a whole. You know, the world is going down at a rapid pace, and no matter what the “media” might show us, we can never be certain of its authenticity if we’re not there on the front line seeing things with our own eyes. But let’s put our hands together in prayer that the end of all is nigh.

Which artists do you look up to? Is there a specific person or people that influenced your musical makings and statements all those years?

Several. I mean, Alice Cooper and Screaming Jay Hawkins both had an enormous influence on me at the early stages of my life. But so did Axl Rose and the Brian Johnstown Massacre. Now, we’re speaking about other musical artists though, as inspiration tends to usually come from elsewhere. However, to even start scratching on the surface of such a vast subject we would need a week or two rather than these few moments of an interview.

You are one of the eccentric personalities in the world of extreme metal. Is this fact a deliberate statement against the conventional ways and norms of the Western world?

I am? I just follow blindly wherever my heart decides to take me, and by doing Shining my way, things sometimes turn ugly you know. It’s never a conscious decision to piss this or that group of people off as it all comes naturally to me and I do refuse to censor myself no matter if it eventually has a negative effect on either me or the band as a whole. This is the only path one can actually follow when being an artist as all forms of art need to come from deep within regardless of other people’s filthy opinions or eventual consequences. 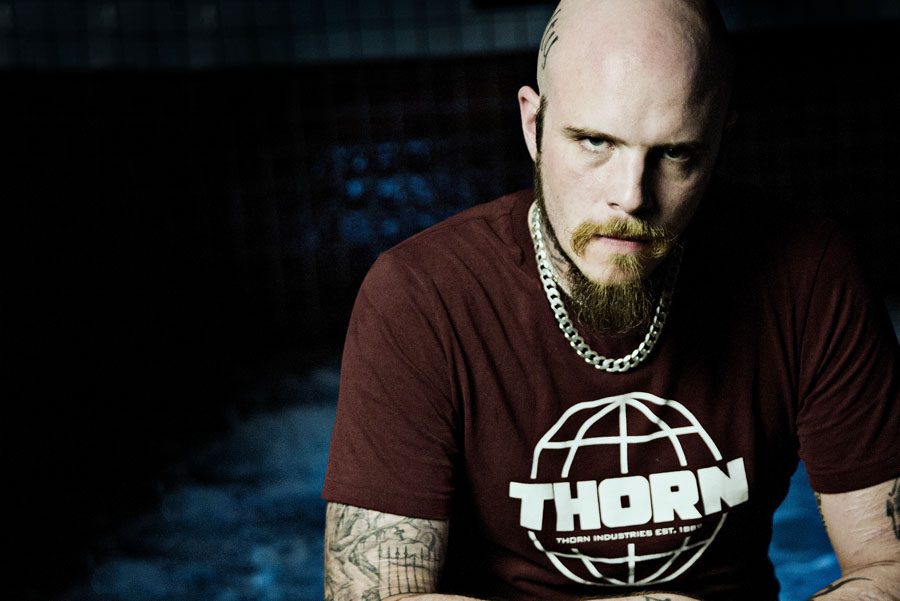 Do you have a favourite album or period of the Shining discography? And if so, why that?

All of my albums represent where I was at during that particular period of time so therefore it’s impossible for me to pick just one out of these 9. Yet, some periods have certainly been darker and therefore a lot more rewarding at the end of the day, especially the IV-V period and the VII one too for that matter.

You said that the song “Future Prospects” (“Framtidsutsikter”) is going to be performed live even though you said you found it unendurable to listen to. The reason behind performing it live is that it affects you so much that you want to convey this feeling live to the audience?

I have said that I believe performing that one song will be a very interesting experience because of said effect on me, however, although “Framtidsutsikter” may be a stand-out, more or less every song I have written feels like reliving a nightmare when being performed live. Considering the subjects I deal with, and to a certain extent the ways they were created, obviously takes its toll when being revisited, and maybe that’s what makes Shining into what it is at the end of the day. It would be thrilling if the feelings I personally experience while being on stage could infect the minds of the audience, and sometimes it does, yet not on the larger scale I am aiming at, not yet at least, but then again, you always have to reach for the skies to be able to even touch the branches of the trees. 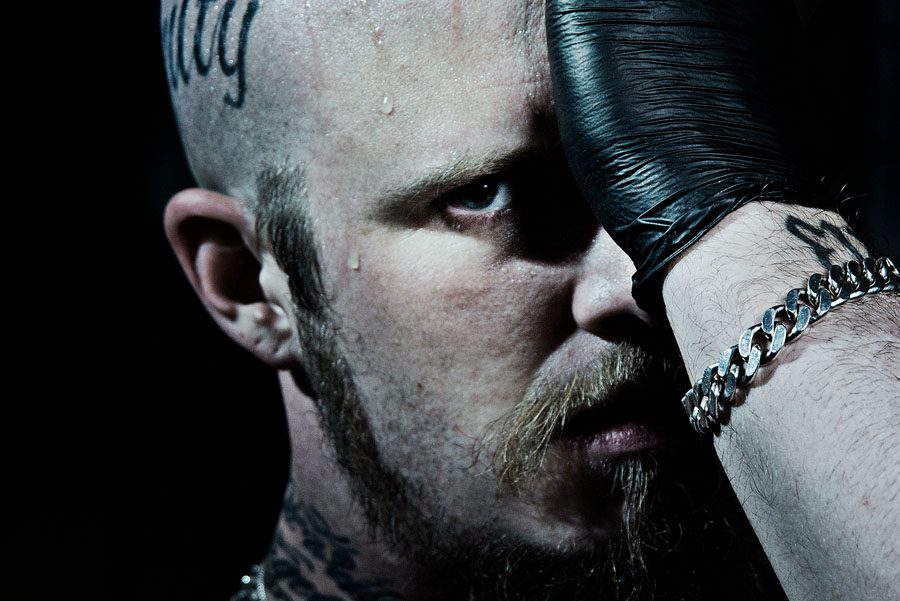 The “Halmstad” album is a personal favourite; what has changed for you since that time on?

Almost ten years have passed since then and the difference between being in your early twenties to being in one’s early thirties obviously is quite vast. And to be frank with you, these past ten years have not been kind in any way, which I think can be somewhat sensed if listening to the records I made during that timeframe. And on a personal level things have gone from bad to worse to nearly unbearable, so it is indeed a struggle, but at the end of the day, and sorry for referring to a cliché, but all great art is made from suffering. A very demanding price tag in a way but nevertheless a necessity in order to reach my pre-set goals.

You have had a specific pattern in structuring an album where the fifth song was an instrumental one, but in the case of “IX – Everyone, Everything, Everywhere, Ends” the pattern was abandoned making the first song completely instrumental. Why did you decide to change it?

Again, not a conscious decision. But then again, have a look at I and II where there are no instrumental pieces at all. As said earlier, I am not in full control when writing an album, as it is the darkness itself that chooses where I am heading and I would never question the darkness, I submit to it. 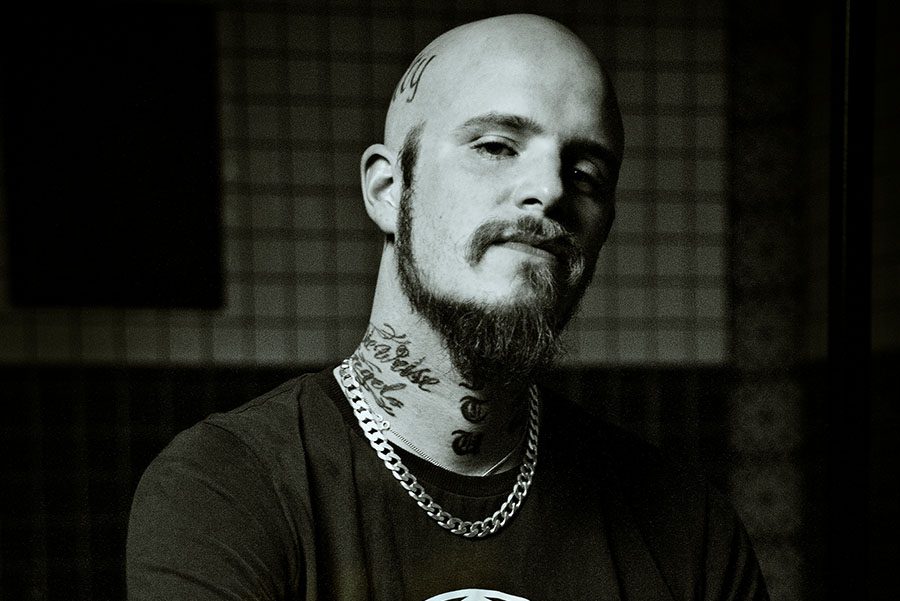 Italy is one of the countries you are going to visit for the European tour that is already scheduled. Are there any plans on live shows in Greece?

I certainly hope so, as we’ve only had the pleasure of performing in Greece at one prior occasion. However, don’t despair quite yet as we still have about 4 or 5 territories that have  yet been announced. If we get good enough offers we wouldn’t hesitate one bit.

What would you like to say to your fans and followers in Greece?

Thanks for your massive support throughout the years. I hope that we can perform a couple of ceremonies down there as soon as possible, and meanwhile, make sure to get a copy of the new album and force-feed the uninitiated with our splendid negativity. Xio Kaos!