Leprous are back with “The Congregation” their latest stunning release and since they’re due to arrive on our Greek shores later this September, Metalpaths.com grabs the chance to have a talk with guitarist Tor Oddmund, for the band as well as some other interesting stuff, that you can find out about reading the following interview!

Hello there and welcome to Metalpaths.com, it’s really an honor to have you here with us today! Since you’ve got your latest album “The Congregation” out for some months now, we’d like you to interpret the reactions to it so far. From audiences to reviewers/ journalists to whomever you’d like to…

Hello, and thanks for having me! It has truly been a pleasure to receive so much great feedback that we’ve gotten for this album. For each release we can see the interest from the press and fans increase, but of course some people will always have a hard time adapting from one of our previous albums to the new ones. We don’t really focus that much on the feedback though, as we make music that we feel is moving in the right direction for us, and we can’t focus on pleasing each and every critic out there. It looks like most fans and critics follow us in our development though, so this is obviously working out for us anyway. 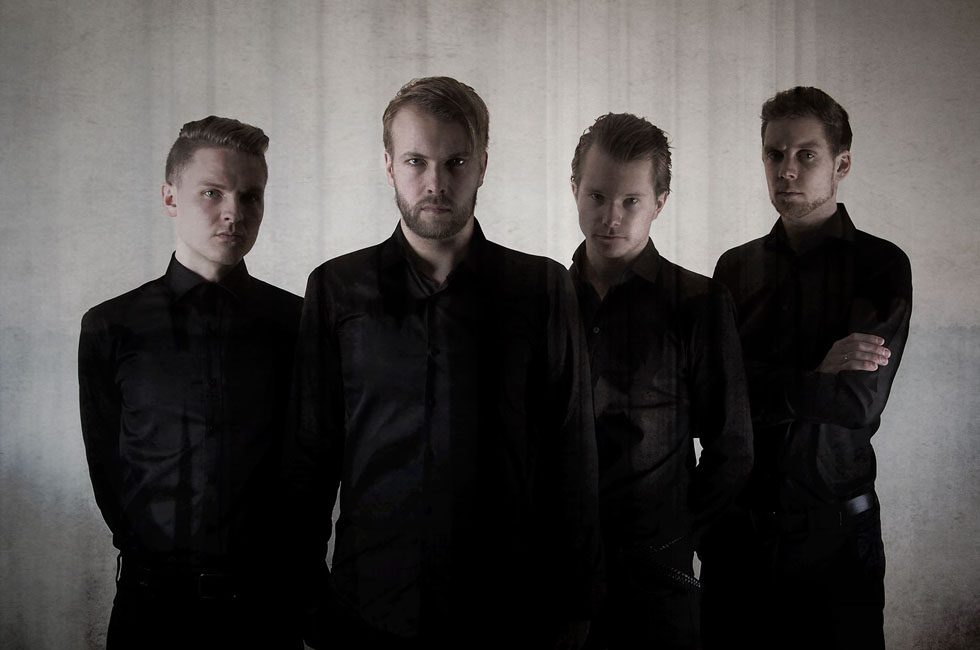 What about you and the band? How do you feel about “The Congregation” and its establishment amongst your discography so far?

I think “The Congregation” fits well in to our line of progression when it comes to our development as a band. We don’t plan too far ahead when it comes to our expression, so we just take the ideas and inspirations we have at the present when making new material. This time around we had a lot more material to choose from when deciding which tracks would go on the album, so we feel that this album has a solid expression.

From “Coal” – your previous album- till now you’ve had two members replaced. How did this affect the band processes and chemistry during the recording and of course the live performances? Can you describe us somehow the way you worked during the process of writing and recording this album?

We started making the songs in the beginning of 2014, and gave ourselves a deadline to finish 30 sketches within the end of May. This was a new way of making compositions for us, so even though we had two new band members at this point, the process would have been very different anyway, so this worked out well. We had a very intense writing period, but made the deadline, and the next step was to filter out half of the sketches, and then we continued working them into complete songs. After spending the summer and fall editing and layering the songs, we chose 12 songs to record for the album, which is more than we’ve had on our previous records, and the plan was to choose the best and include them on the album. After the recording was finished in February 2015, we decided that 11 song were to go on the album, as we thought they all had a place on the album track list, while the last song became a bonus track, that is included on the vinyl and the special edition media book. 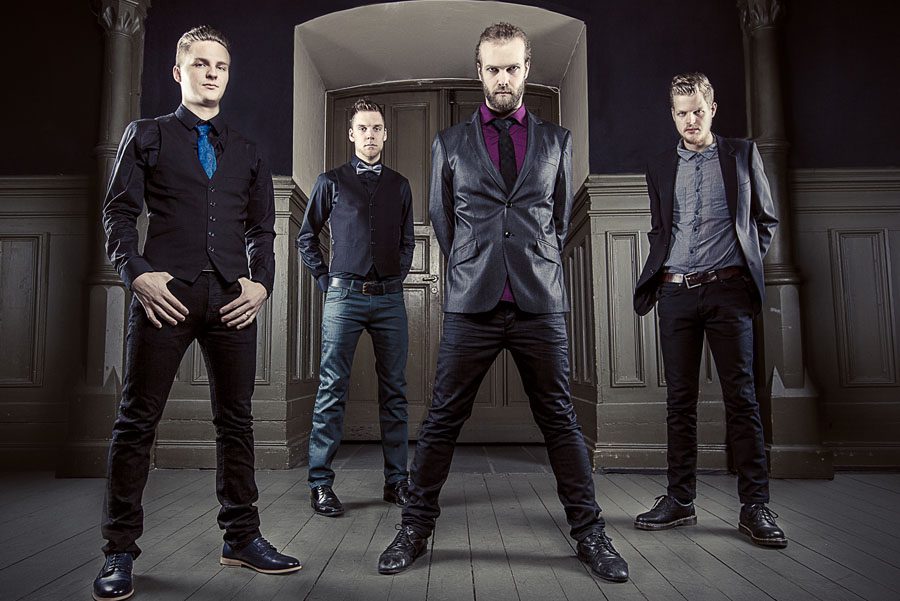 Correct me if I’m wrong , but “The Congregation” sounds a bit more challenging to my ears and more “stripped” than your previous works, production-wise and song structure-wise. Knowing that Coal did quite awesome, spreading even further your reputation in the music industry, was it difficult to NOT follow a certain recipe to success?

No, we didn’t think about which things we would do differently on this next album before making the songs, and when the songs were made, we just made the record with the most suitable sound that we felt the songs needed. We’re very conscious about not trying to follow the same recipe and to deliberately copy our previous works, just because it has worked in the past, because that’s when the music can get boring after a while. We hope our fans appreciate the fact that they don’t know exactly what to expect when we release a new album.

Let’s be realistic and face progressive rock/ metal as a music genre that might sound peculiar, for the consuming masses. Since your music is so deeply rooted to this genre, do you think that the music of Leprous will ever make it to the “big” audiences? Or is this something that never crossed your minds / something you never intended to achieve?

First of all, our goal os just to make the best music we can, and neither to fit in to any specific sub genre nor to be the biggest band in the world. Of course, since we want to make a living out of making and playing music, it’s a big plus with an audience as big as possible, but that doesn’t mean we’ll sell out and do whatever it takes to get there. Also, If people want to classify and categorize us, then that’s of course ok, as that is something many people feel obsessed with doing. That being said, I think we can reach very far with making the music we do, and the formula to get there is as easy as to being hard working and to be stubborn and don’t give up. 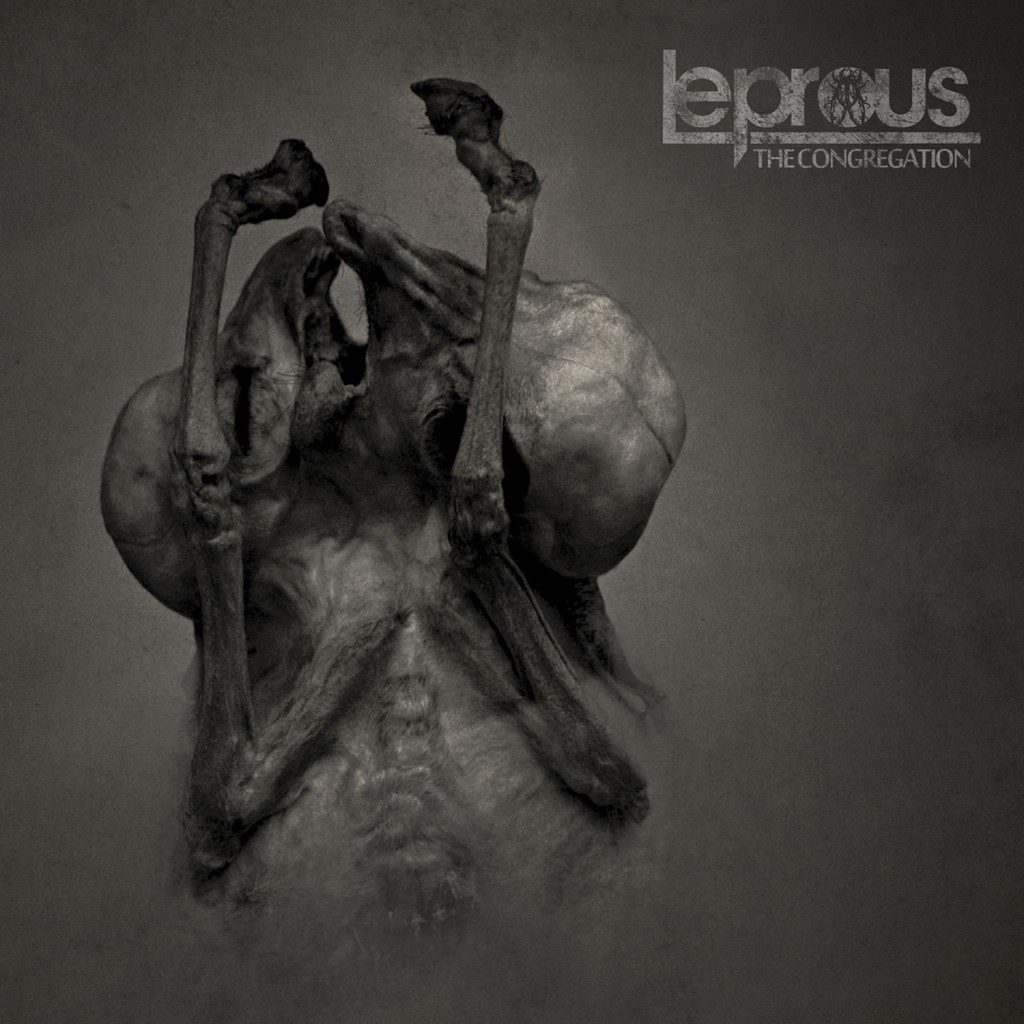 I’ve been following you since “Tall Poppy Syndrome” and I have to admit that feels really great to not be sure what to expect with every next album from you guys…Do you do this intentionally? Or is this change of characteristics the spice of Leprous’ music?

As mentioned earlier, we hope our fans see it as positive that they can’t know for sure what to expect for our new releases.

Listening to “The Congregation” it surfaces even more rock influences and of course your usage of 8 stringed guitars in a manner quite exclusive to the entire metal industry. Could you point out 4 of your biggest influences that you believe can be heard in your music under your personal prism of course!

I’m very satisfied with the guitar sound, and I actually used a rather cheap baritone guitar that I dropped tuned to F# to get that crispy and twangy sound. It was a pain to play on, but it really paid off in my opinion. Pointing out influences is always some of the hardest things I have to do, because there has been so many guitarists giving influences a long the way. To mention four guitarists and composers I’ve listened a lot to through the years I can go for: Omar Rodríguez-López (The Mars Volta), Mikael Åkerfeldt (Opeth), Steven Wilson (Porcupine Tree) and Ben Weinman (The Dillinger Escape Plan).

We’ve been facing a turning point in music industry towards a 2 way market, the digital one, including official downloads etc. and the super/ ultra limited edition one for the collectors. How do you feel about this situation as an artist and as a buyer as well? Do you buy music and if so, in what format?

I think that the evolution of the music industry is unavoidable, so the best thing to do is to embrace it. I listen a lot to music on Spotify Premium, and if I want to buy a specific album I would prefer to buy it on vinyl.

“The Congregation” support tour kicks off in Europe this September, are you excited about it? Will there be any visuals etc. completing the shows?

For every new tour we try to add something new to our show, and this time we’ll also have visuals, but different from before. We’re all very excited heading back on the road, and especially since we’re now playing a complete new set.

You are expected here in Greece once more, your first time as headliners, which means that there are many people -including myself- that are curious about what a full Leprous set will contain? and of course how long will it be?

We’re planning to make a set list based on having songs that fit well together, giving the show a good flow, and it’ll probably be somewhere between 70-90 minutes. We need to leave something as a surprise for those showing up, but promise that we might have something extra if the response is good enough.

Alright then, looking forward to see you on tour! Let’s finish this interview with a few words to your fans and maybe a special invitation message to your Greek fans!

Thank you for being with us and giving us the honor to host you here at metalpaths.com! Thanks for now, and I’m looking forward to seing you as well. After having to drop Greece from our last tour, We’re very happy to include both Thessaloniki and Athens to the tour list again. We hope that our Greek fans can convince us and the Greek promoters to take us back on our next tour as well. See you!