Having a talk with Giannis Nakos (singer) about MORTAL TORMENT’s new album “Cleaver Redemption” is surely something I was looking forward. After the classic interesting but “boring” questions and juicy information about their new sick chapter, I really wanted to ask him more straight to the point questions. So here we have it…Tits, Gore and BREEE!

Hello John, nice talking to you and congratulations for the new member of your family.

Thank you very much, highly appreciated!

You have a new record coming out now, give us some information about “Cleaver Redemption”.

Yes we do! 10 songs of brutal stuff, sick themes, sicker music, this is what the band sounds at the moment more or less. The album was recorded at our very own Bree Studio, it was mixed and mastered by Anthropocide Studio in Belarus and released through Gore House Productions(California). The rest is out there for the audience to find out. 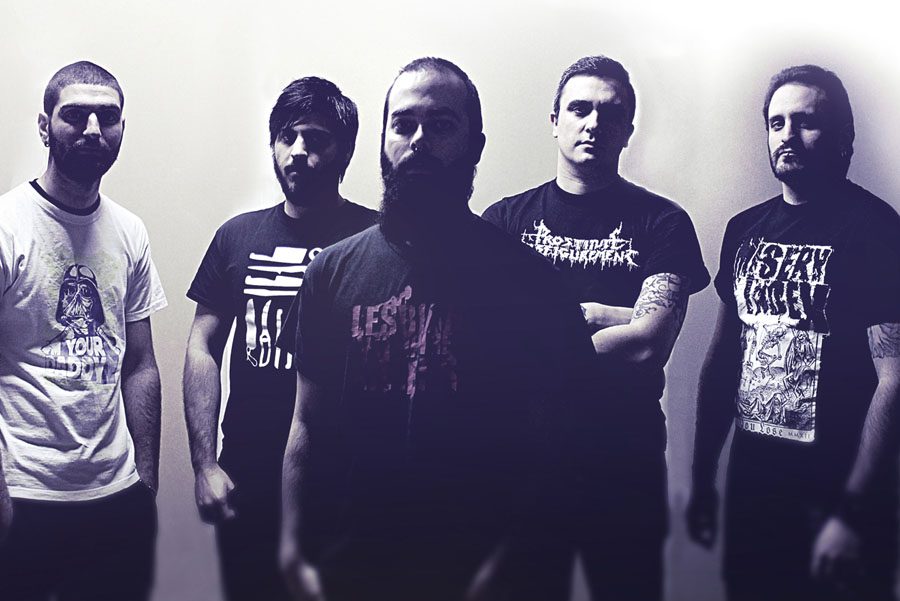 Are there any line-up changes in the ranks of Mortal Torment?

There have been changes throughout the years, yes, but the team has been solid for almost a year now and we plan on keeping it that way. The latest addition is Angelos(ex-Suicidal Angels), he is an excellent musician and cool guy to rock your brains out with every now and then.

Musically from your previous album to this one you have developed. In which parts do you thing this happened?

I’m glad you noticed to be honest! We focused a lot on the songwriting this time. We wanted the new songs not to be all about blasting but also having memorable riffing, lots of groovy parts and vocal patterns and I think we reached the desirable result. The first album was more of a collection of ideas the guys had back in the day, this time things were on point in regards to what we had in mind. Also, this is a different line up, different people give a different output. 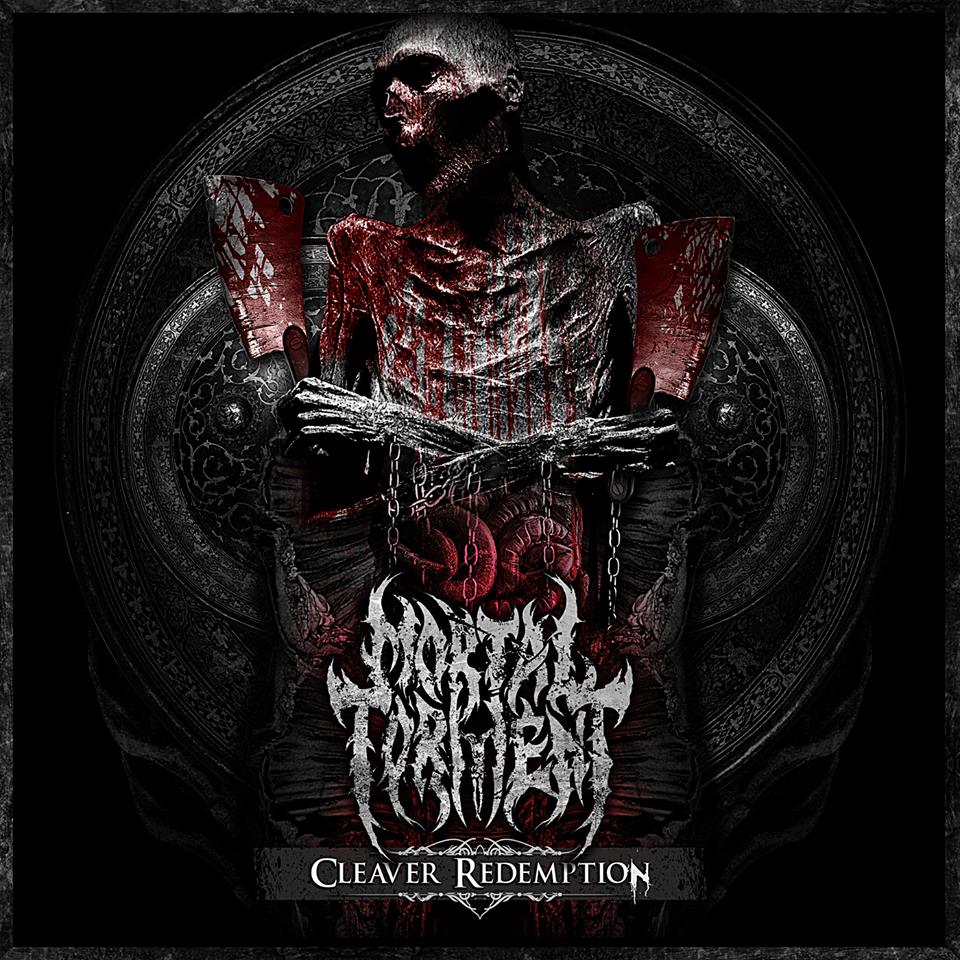 I think your new release is more technical played than your first one! What do you think contributed for this change?

Hmmm I would’t say so. Some parts here and there, yes, but the overall is straight-forward death metal. No sweeps or weird tempos, we try to keep things as simple as possible.

What are your next plans after the release of the album? Have you arranged any lives for the near future?

Up next is our participation in the fifth edition of Greece’s sickest fest, Brutality Over Sanity, we also have something in the works for a Thessaloniki gig. Other than that, things are in the making. We’ll try to gig outside Greece in 2016 though the economy thingy is holding us back. There have been some offers but we’ll see how things will go from now on.

How you would imagine the perfect Mortal Torment live show?

Aaaahh that’s a sick question! We had such a show 2 years ago when we played with our friends Murder Made God, Wreckage and Abnormal Inhumane. The venue was full and everybody was having a killer time, stagediving, moshing, dancing. It was an intense experience and one we’ll never forget. Also, our last gig in Karditsa was pretty close to what we’d call a perfect show. We love the interaction with the crowd and creating a chaotic atmosphere.

Do you make any voice preparation for a live or are you ready to go instantly?

Nothing in particular to be honest, I prefer avoiding talking too much sometimes before a show but I always fail at that ha ha! 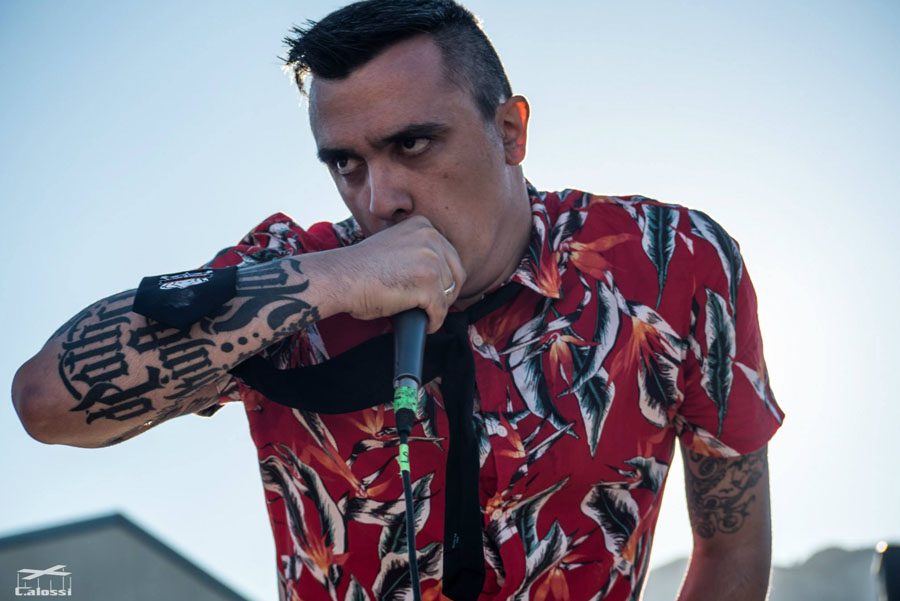 Could we expect to see more “fashion” appearances of you on stage?

I’ll let you down on this one. I have nothing in mind right now but I want to focus more on performing rather than having a funny image. I mean, the new songs are tough fucks and I need to focus more on them. That doesn’t mean I’ll stop it completely since it’s a vital part in a Mortal Torment show.

What motivates you to write those sick lyrics?

It’s not that hard, especially when it’s all about things I like. Horror movies, society’s sickness etc. They come out pretty easy I have to admit.

What do you love in that kind of music that made you form or participate in a band ?

That’s easy, it’s all the excitement, the sweat, the drugs, the fucking beers. Ah and the women of course! Seriously, it’s metal. We love it. Period. 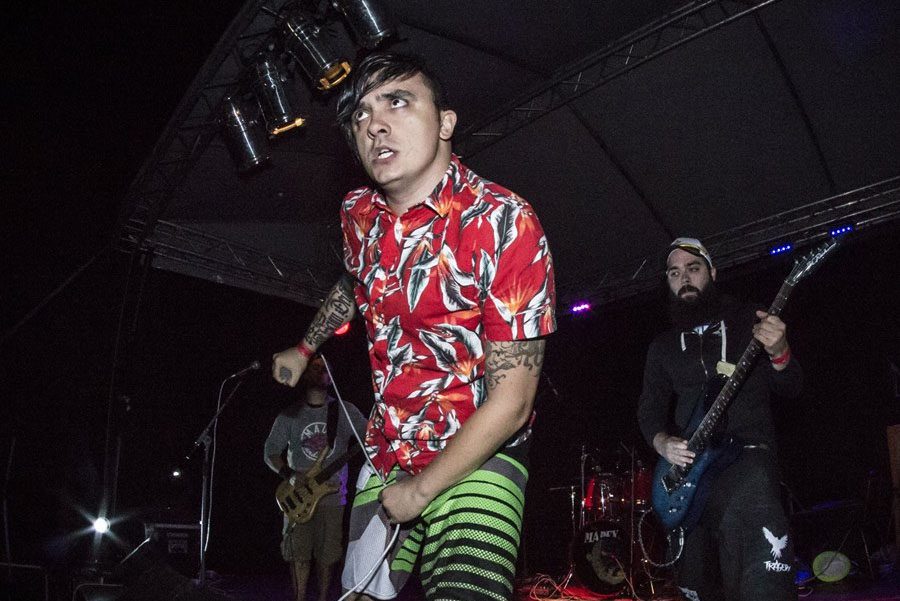 What would you consider a success for the new album?

Nothing more than being able to do shows at places we haven’t played before for different people and with different bands. Sales and shit like that are a joke these days but you know, seeing a random kid in the street wearing your band’s t-shirt is still cool. A good good feeling.

How do you make a cover artwork of an album? What motivates you and gives you inspiration?

A lot of things actually. It depends on my current mood, on the music I’m listening to those days even the weather. But I always try to remain within the band’s spectrum of aesthetics. Can’t have pentagrams on a hard rock band’s cover art. Oh wait…

What is your favorite band you’ve played with and with which other band you would like to play?

I’d say Dying Fetus and that’s something that became a reality a few months ago. They were also very cool guys, down to earth and helpful. Other than that, I’d kill to play with mighty Slayer of course. Metallice would be ok too I guess.

What are your music influences as a band?

The answer is different for every member in Mortal Torment but I think collectively our music is kinda close to Aborted, Dying Fetus and Benighted. I’d like to think we add a personal tough to the whole thing too. 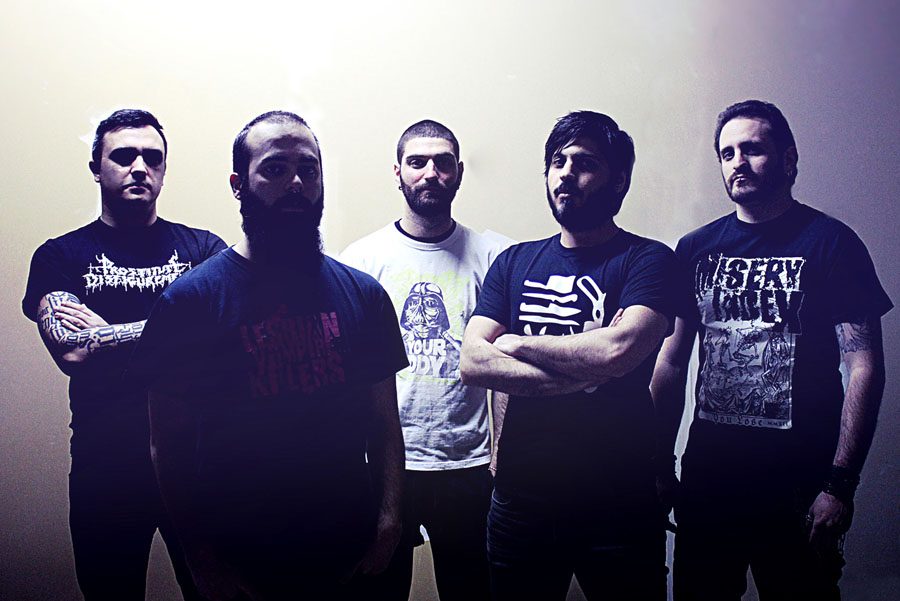 What’s your first metal album you’ve ever listen and at what age? And what new feelings grew in you?

It was Black Album by Metallica, I was 13 back then and the impact was stronger than I could imagine. Well, it got me where I am today. All aspects of life would be a lot different, friends, choices, everything. The feelings cannot be described of course.

What’s your opinion about the Greek metal scene??

How do you visualize the best “Necropitogyron” ever made??

That would have to include all kinds of meat in it. Priests, politicians, chicken, pork, you know, the good kind. Also, it would have to weigh at least 50 kg!

What would you prefer, a table with your favorite meat cooked the way you want, or a night with Shyla Stylez?

I’m married and I have a kid man! You could get me killed so I’ll go for the meat part of the answer ha ha! (Alexis Texas ftw) 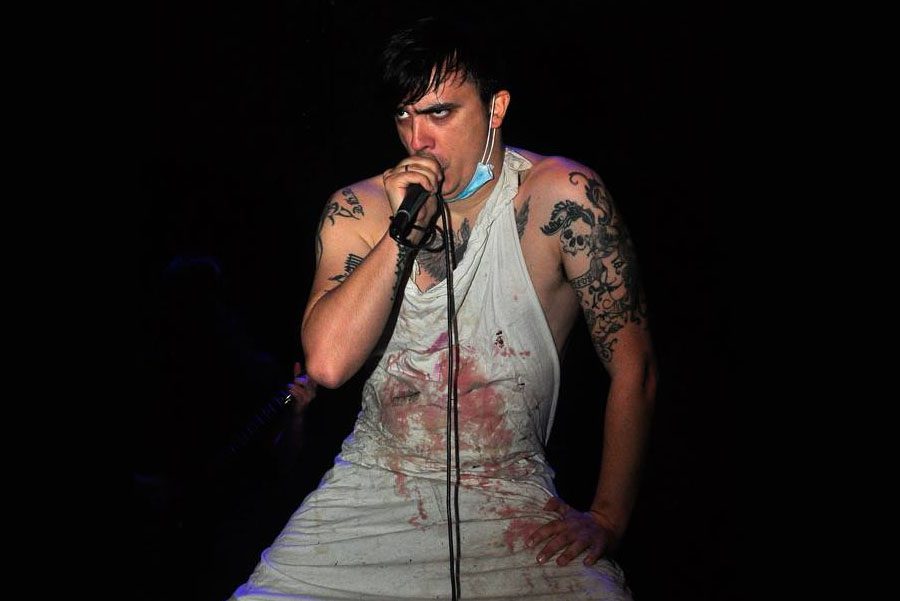 If I had the new – unreleased yet – album of Cannibal Corpse would you change it with your last huge, juicy, tasty stake?

I’d choose the stake to be honest, lots of music out there to listen to and to discover so I could wait until the CC album got out officialy. A man has to eat!

If you could, what would you like to throw on the audience during a live? Meat or G-Strings?

I think both would work fine ha ha! Cool mention: during one of our shows a bra was thrown to us from the audience. And yes, it came from a woman. We’re proud of that!

Thank you for your time John looking forward seeing you live again and afterwards have a cow as a dinner together!

I’ll hold on to that cow! Thanks for your time and support man, it means a lot! Stay hungry!