“Come and walk with me my friend. I will guide you to the end. Into the grateful pit. Into the ever black. Where there is no return. You will forever rest. You will never see…heaven”

Speaking of representatives, the Swedish have their own, with Grave, who are also back with a new album “Out Of Respect For The Dead”. On the second and final part of this article we’ll have a chat with , about various issues concerning the band, the scene and so much more.

Good afternoon Ola! The new Grave album “Out Of Respect For The Dead” came out about a month ago! What do you think now that it’s done?

We’re very happy with it. It took a long time to get it done. Due to stuff that kept pushing it forward, we didn’t really spent that much time in the studio, about a whole year from the start until it was finished. It’s been getting some good reviews and the record label is very happy with it as well.

Where would you spot the differences between this one and “Endless Procession Of Souls”?

They’re pretty similar in style I’d say. This album is like the continuation of what we did on the “E.P.O.S.” album. Very aggressive, brutal stuff, catchier elements for the songs to stick in your head, and I love the thought behind it. 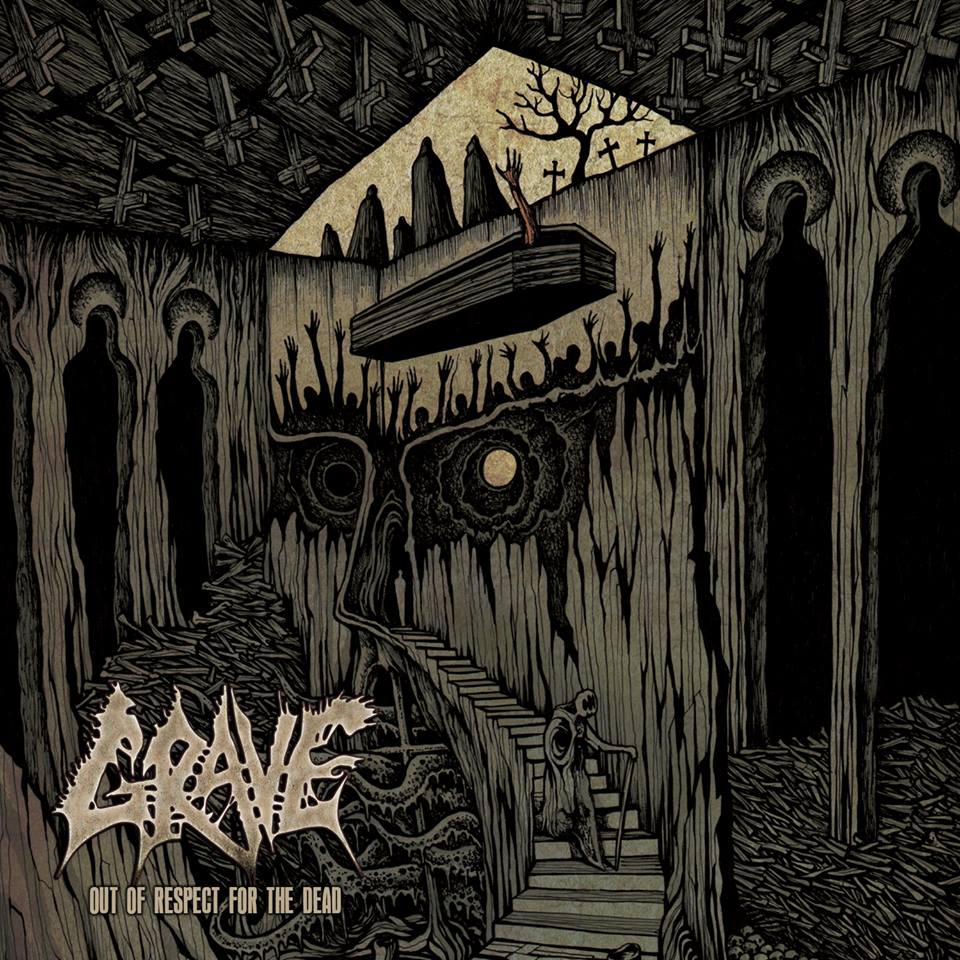 The usual lyrical subjects of death, gore and anti-christianity are ever-present. What’s different on “Out Of Respect For The Dead” lyrically?

They’re pretty similar as well. I always write about stuff like that. Maybe this time the lyrics were more thought through.

You’re one of those bands that don’t really seem to slow down! 2012 “Endless Procession Of Souls”, 2013 “Morbid Ascent” EP and in 2015 one more full-length added to your catalogue. Do you work that hard for your music or is it something that is less stressful than what it might seem?

It’s not stressful at all, really. It comes naturally we did that EP to have a longer break between those two albums. And once we started writing, it was over very quickly, the writing process took about 4 weeks putting everything together.

Do you guys enjoy the road more or being in the studio recording new material?

It’s both, it goes both ways. It’s the first part, the whole process of creating and recording, and the second part is going out and playing these songs live for people and look at their reactions to the work you’ve put into them.

Swedish and American death metal: different philosophies, similar influences, same unstoppable brutality! Was there ever a “rivalry” between the two? 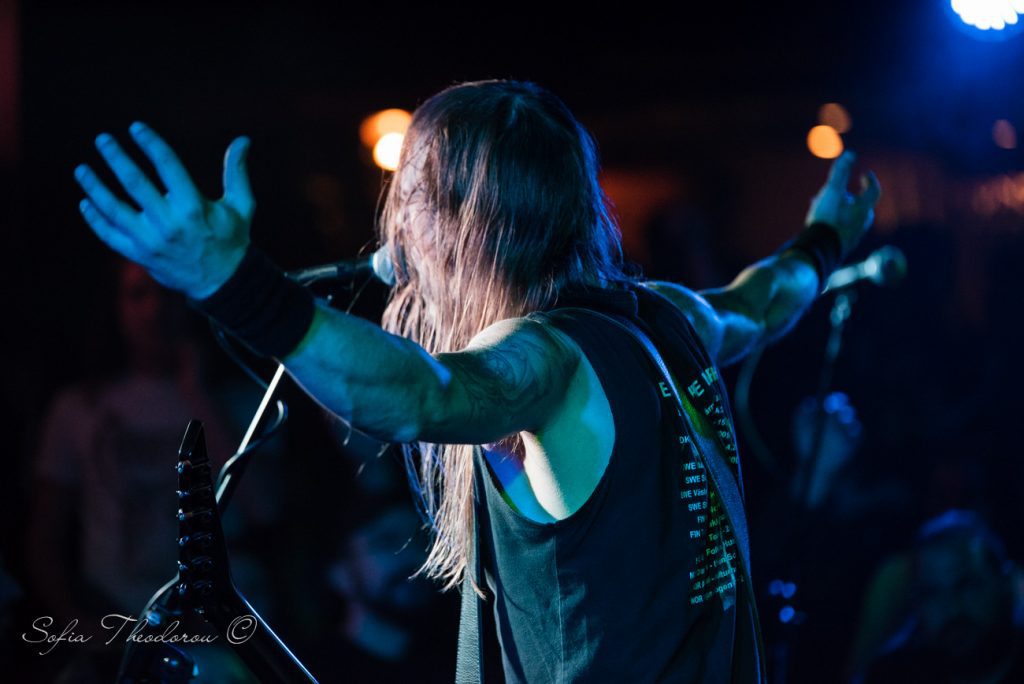 You’re one of those bands that, like Malevolent Creation, had a really unstable line-up to this day. Is that a gift or a curse for you?

It’s both. It’s really hard to live with that uncertainty, that you may not have a stable line up at the moment. It’s also a source where strength really comes from, because everybody’s involved in writing material. Something which is definitely a sign of creativity.

Which is the most important moment in your career?

I think that the first album is the most sacred for all bands. The first couple of tours we got to do, we played maybe 5 shows in Sweden before we released the album, and actually the first tour was with Malevolent Creation in Europe so this is a moment that’s maybe the most important. 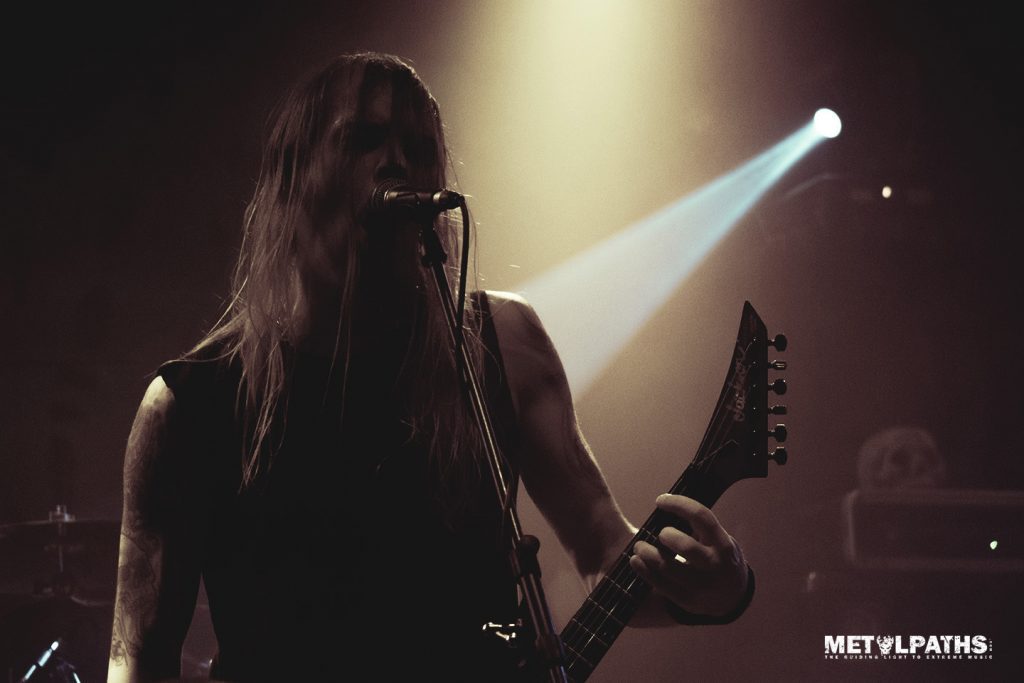 What are your thoughts on the Death metal scene, as one of the most legendary bands of the genre? Which bands do you think set themselves apart from the rest?

I think the scene is very strong, some of the old bands are still around, I think that’s important. Of course, it’s important to get new blood in the scene and new bands, but those bands haven’t really caught my attention, because most of the new bands you can easily understand what their influences are. And it’s not easy to do something original these days. But it’s strong for sure. As for bands setting themselves apart from the rest, I cannot think of someone who has impressed me in that way.

The bands of your generation (Entombed, Unleashed, Vomitory, Dismember) span 25+ years of playing old school death metal. What do you think when you see all of those young up and coming bands you have influenced? Is there something you’d like to achieve?

It’s strange at first, but when you think about it, we had our own idols and our own favorite bands growing up and we drew inspiration from. I mean, without them we wouldn’t have sounded as we do today, we probably wouldn’t have started playing music. It’s very humbling to see young bands coming out and saying that we have influenced them, in any way, so it’s only positive really. Not really, you always wish you could have your band at a higher level, in this genre of music it’s very narrow, you can’t go much further than where you are. I mean, we would love to live off the band, and that could be the job for all the members, but that’s not really possible at the moment. 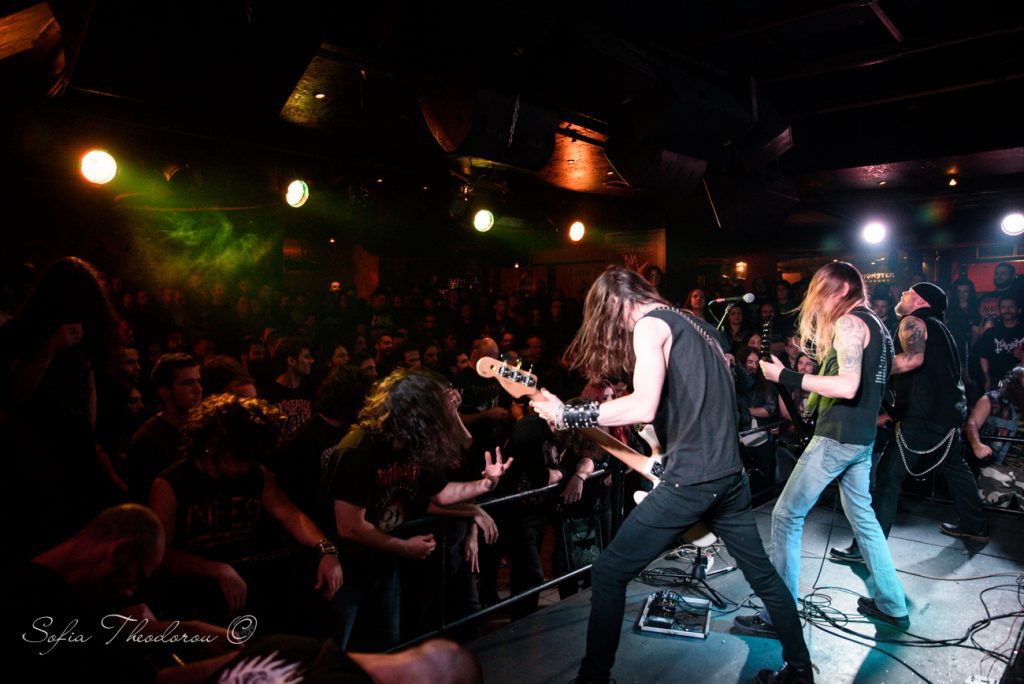 This package with Malevolent Creation has to be one of the strongest death metal tours of the year! Who came up with that idea of different band headlining every night?

What are your memories from the last time you played in Greece in 2009 and what can the fans expect from Grave today?

I remember that show. I remember we had two Greek shows and one was cancelled. All good memories from that night and the audience and tonight, we’re looking forward to play some new songs, along with the classics of course.

That was about it Ola. Thanks for your time it’s been a huge honor! The final words are yours

Cheers out to all our Greek fans, thanks for supporting us through all these years, and keep coming back to us!