Holding the hammers high for over 20 years, AMON AMARTH strikes back with their 10th full-length album under the title of “Jomsvikings”. An epic record that smells steel and fire marking the first concept release for the sons of Odin. So, we cought up with bassist Ted Lundström to have a short but spicy chat around the new album and the future plans of the band.

The interview was made before the release of “Jomsvikings” on March 25th.

The new album is going to be released in a few days. What should the fans except of this record and how would you personally describe it music-wise?

Nobody who like Amon Amarth will be disappointed . We continue where we left of from the “Deceiver Of The Gods album”, sound wise, but we worked hard to make it sound fresh. This time we did a concept album which made us go a bit more atmospheric and epic, but we made sure not to leave the path we always followed.

The new album is called “Jomsvikings” which is coming, of course, from the Norse history. Could you tell us a few more things about what Jomsvikings exactly were?

The Jomsvikings were a group of Vikings that were best described as mercenaries. They were skilled warriors and worked for whomever paid the best. You can always go online to find more info about them if you are interested.

This album also marks your first ever concept release. Personally I really wonder how did it take you that long to release a concept album if you consider the strong relationship between your music and Norse history/mythology. What do you think?

Making a concept album has been on our minds for a long time but we never found a story that could fill a whole album but when Johan came up with this “script” for the Jomsviking we thought it was time to try it.

Would you like to tell us a few things about what the story of the record is all about?

The story starts with the song “First Kill” and pictures our Viking as a young boy when he kills the King’s right hand man accidentally in fury. He wants to protect the girl he is in love with but she is promised to the King. He has to flee and we can follow him joining the Jomsvikings and becoming a warrior and in the end returning back to his homeland. 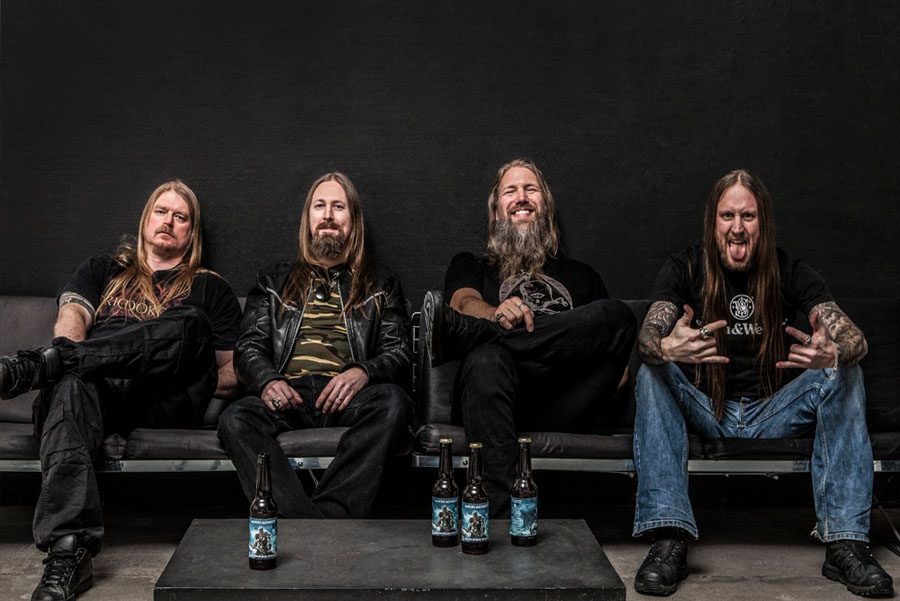 The album was produced and mixed once again by legendary Andy Sneap. Do you have any special story to share with us from the recordings process?

We spent 6 or 7 weeks on the English country side recording the album. It was a fun recording and a bit more relaxed this time since we knew Andy a bit better this time. It was a lot of hard work but also a lot of fun. We did some barbeque, drunk some beer and ate a lot of curry. Most fun was probably when Doro came to the studio to record her parts, she is a fantastic person.

It’s also the first release after a long time without Fredrik Andersson behind the drums. How do you feel about it and how has been working with a session drummer for the album?

It is always tough to go separate ways but I think it was for the best. We contacted our old friend Tobias Gustavsson from Vomitory/Cut Up and he helped us write and record the album and it felt all good. I think he is a bit faster and more technical with his hands playing drums so it was cool to try different stuff. 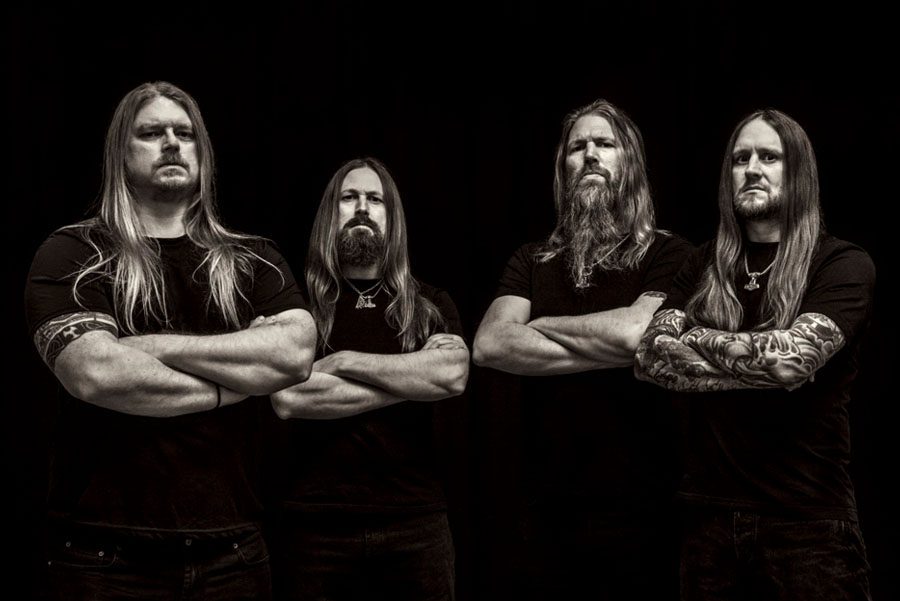 How is it going with the audition process in order to find a permanent drummer? Do you have any news on that?

We have Jocke Wallgren from Valkyrja/October Tide as a drummer for this spring and summer and then we will see what we’ll do for the future. If everything works, I think he will continue as a permanent drummer. Time will tell.

Every time AMON AMARTH releases a new album, it’s sure that we’ll get video clips as well! You have already made two for “First Kill” and “At Dawn’s First Light” and especially the second one is superb in my opinion! Like a short film with really amazing production! It seems that you love the art of cinema while on the other hand Johan Hegg has also appeared as an actor in “Northmen – A Viking Saga”. How would you imagine the whole concept of “Jomsvikings” in a movie directed by AMON AMARTH?

I don’t see us as very good directors but it would be super cool to work with someone professional and make something for the big screen. We all like epic movies and stuff and we think our stories would work great on a screen. Maybe do some epic instrumental music as soundtrack.

Are you going to bring any special show on stage in relation with the concept of the new album?

We are working on some new stage production as we speak but I don’t want to reveal anything yet. Our goal is to do bigger and better shows than last season.

Could we expect a third video clip? And if yes, for which song?

Yes you can expect a third and maybe even a fourth video if we can decide but I can not say for which songs yet, but it is in the planning and we might have something more this summer.

Doro Pesch is featuring on your new album as a guest. How did this cooperation come out?

We needed a female vocal for one song just to get the right feeling, and the lyrics was intended to have a male and female part. We started to think about who would be the best choice and decided that we would ask Doro since her voice works great together with Johan’s. We did not want to have too much of that opera feeling a lot of the female singers have. Doro is pure metal! 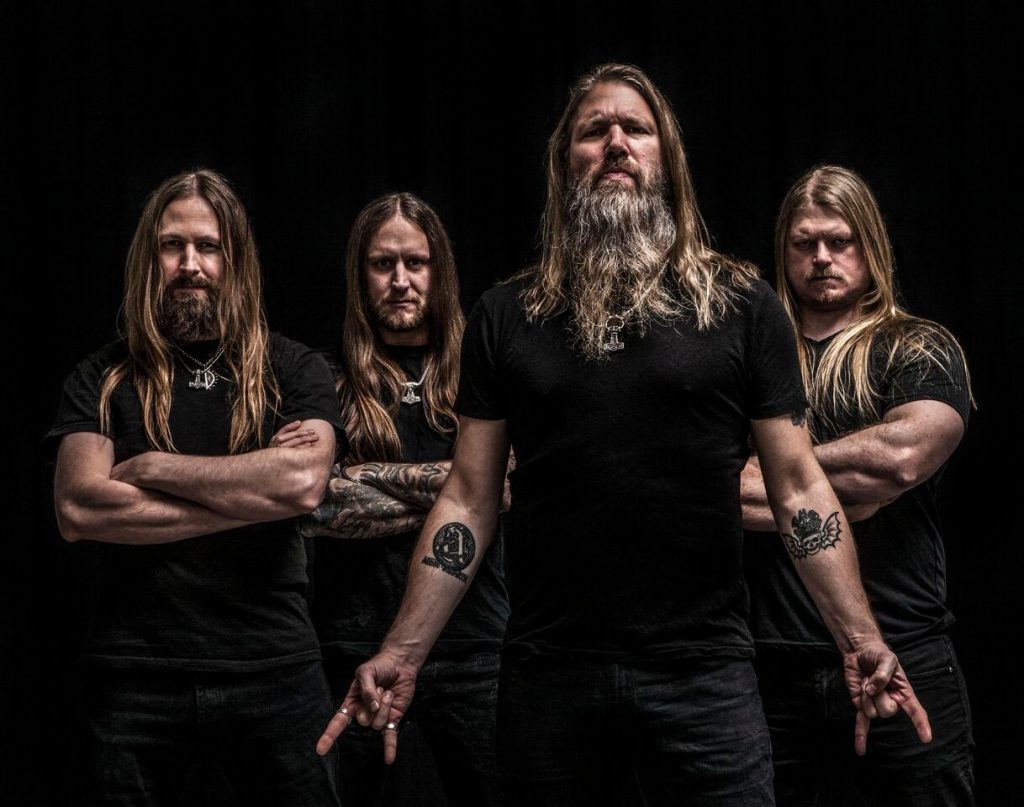 2016 marks twenty years since your first ever release, the “Sorrow Throughout The Nine Worlds” EP. What are your memories from back then? Did you expect what followed for AMON AMARTH in the next few years?

I have a lot of good memories from that time, the whole Death metal scene was blooming, we had a lot of good shows in town. We would never dreamed to get this far back then. If you would ask me back then, I would be happy just to get a record deal or maybe a show abroad and today we make a living from the music. We’re living the dream.

So, what’s next for AMON AMARTH? What are your future plans?

We will start the touring for this album in a week or two and then, hopefully, we will get to play everywhere there are Amon Amarth fans. We still have a few countries that we haven’t been able to play in yet, but we will work on that this season.

Thank you very much for this interview, it was a pleasure. The last words are yours…

Thank’s for the support and I hope to see everyone out on the roads this year. Raise your horns!