NOVEMBRE, have been on of Italy’s finest the past twenty years. Their return with a new album “URSA” after eight years of absence, really did shake the things on atmospheric death metal ground. Combined with their headlining appearance on Doom Over Greece 2016 Festival, METALPATHS, has an interesting talk with Carmelo Orlando, just a few days before their shows and it can all be read on the lines below!

Hello there guys, it’s really an honor to have you here on Metalpaths.com. we’ll try to be fast with the first question being: “Νine years between “The Blue” and “Ursa”. Why it took you so long?“

Hello to you. Well, it took so long because it was 2008 when we released “The Blue”, and by 2009 we toured and played a couple of gigs here and there. It was time to write and record another album. So we were 8 years lost, because everything was changing back then, the metal market and the record industry. CD’s were no longer selling, record stores were closing down and paper magazines were closing down. And everything was just crumbling down and we are a band that’s been growing up in that system, and we thought that it was useless to record an album and have it available for free on the internet the day after. And so, this appeared to be shit, we felt that it was time to take a break and think about it. Maybe there were better ways to promote ourselves, maybe record labels were no longer needed, you know something like that. But too much time has passed, we started to take care of our own businesses, and we’ve kind of forgot of having a band or something. Even if I kept on writing and writing stuff, but at some point I felt the urgency to come back because, some songs were put together and we’re called to have a band, and so we’re back.

“Ursa” was supposed to be released earlier last year, though the release date moved to April 2016. What went wrong?

I think we were late and there were still some things we needed to adjust in the studio. Details, but even in the little details you need the concentration. So we didn’t want to have that pressure. So since Dan Swano was OK with delaying we were OK too, so that was it. No big deal it was. 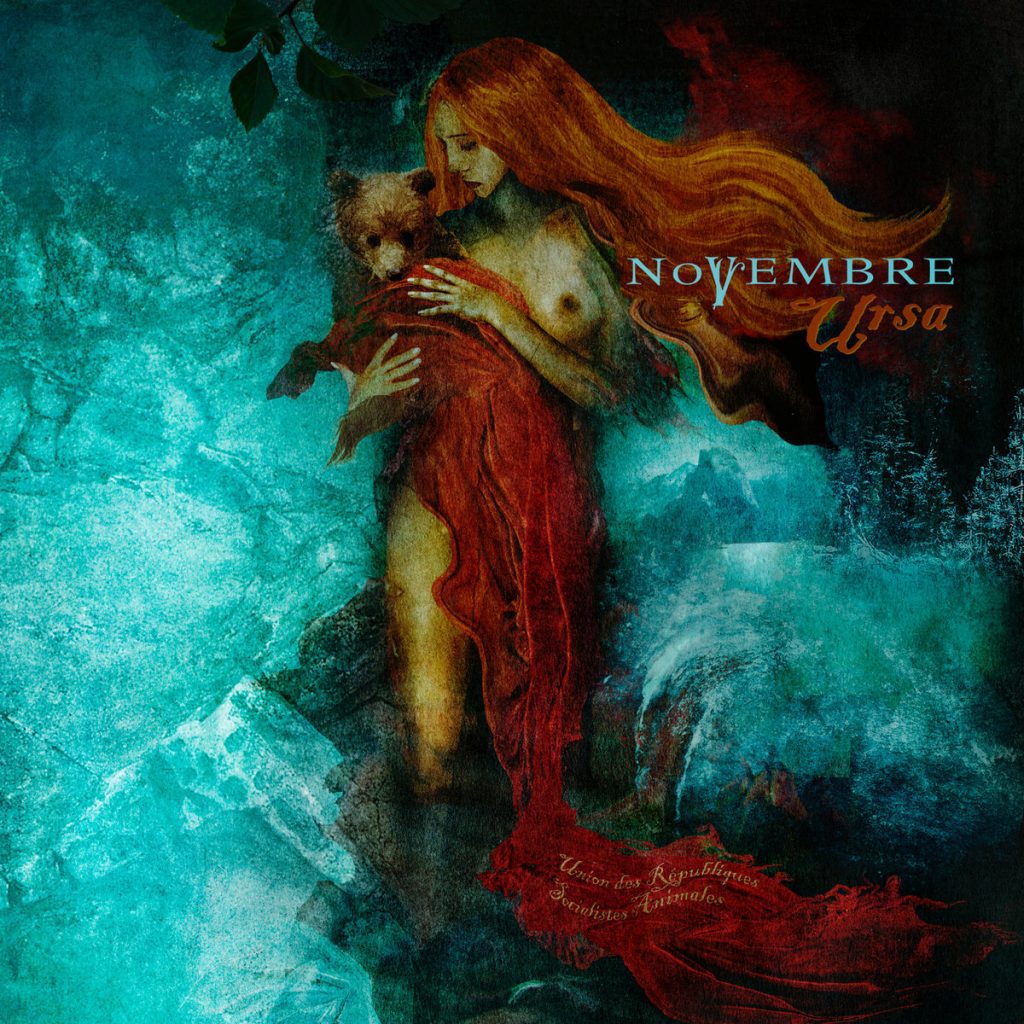 “Ursa” contains ten strong tracks with different styles a quite beautiful variety of influences. Was it all written during a certain period in time? Also, who does most of the “dirty” job of composing the NOVEMBRE material?

Well, in time it’s been mostly me writing down the tracks with precious help from Massimiliano who came up with unforgettable tunes. So this album was written riff-by-riff during these eight long years. At some point, three years ago I started to put the pieces of the puzzle together. I came up with single riffs and then I glued them into songs. I mean, it’s more complicated than that, but more or less it’s like that. So, eight years to write everything, and the last 3 years to put everything together.

You’ve written somewhere that this album, is a new step for NOVEMBRE. Can you tell us more about this? What are your thoughts on the future of the band?

I meant that it’s a new step for the band, because the album and the content of the album are a little different from the past. There’s a little political satire, there’s little hints of animalism, and it’s a conquer, a mental, ideological conquer at the last years we’ve been away. And also maybe the songs are a little more fluid, more song-structured, maybe less layers of guitars and things. And I like it this way, I like the way it came up, I think this is the new direction of the band. I mean it’s not that we changed that much, it’s evident here and there that we still sound Novembre, so that’s fine with me.

Can you tell us some info about the recording? Was it different than before and what ways?

Well, recording has been different because, not very different, just a little bit, cause we this time around we used two studios, Massimiliano’s personal studio and Fabio Fascini the bass player’s studio, but there wasn’t much of a difference. It was quite a relaxed recording, we had all the time in the world, no peoples knocking at the doors or disturbing or anything. We could concentrate on what we were doing.

There are some guests in this record: Tatiana Ronchetti (female vocals), Paolo Sapia (saxophone) and also Anders Nyström (Katatonia) with a great guitar solo in “Annoluce”. How did you come up with the idea of collaborating with all three of them, on this record?

Well, I don’t know, I think it’s the song itself that needs some female vocals or needs some saxophone. So, I knew Tatiana for many years, I knew she had an amazing soft and unique voice and I heard Paolo Sapia’s work with a band called Plato Sigma which is an Italian doom metal band, and it also happens to be one of my favorite bands of all time. And the solo, we just asked them (Katatonia) if we could borrow their guy and everything worked out great. For Anders, I know the man from a long time ago. He’s been asking me “What about Novembre? Are you dead or what?”. So I told him “Do you wanna be part of the project? How about it?” and he was very happy to be there, even though he was very busy with the last albums’ recordings. So I don’t know where he could find the time to record a solo and to be in the video. I’m very grateful to Anders and well, the result was amazing. We’re very very happy with the result. 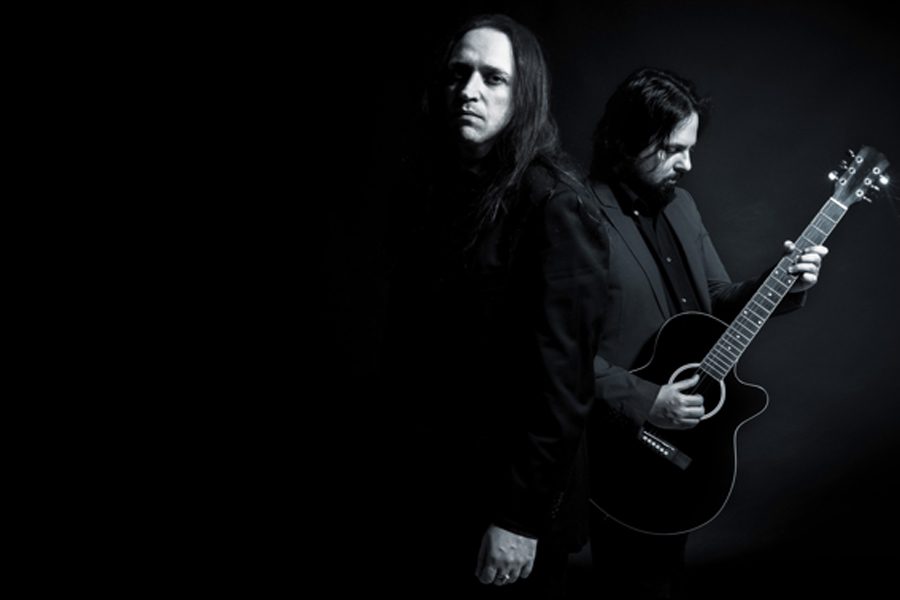 “Ursa”, is the first album without Giuseppe behind the kit and has been replaced by David Folchitto and I must say it’s quite strange to hear another drumming style after all these years. How was it working with a new drummer? Did it change the way you arranged things, or perhaps perceived things in terms of composing?

Well, yeah, I understand it’s a little weird to hear a different style on the drums, but you know that’s the way it is. David did an excellent job, we’re very satisfied with what he did. No, he didn’t change the arrangement of the songs, because the songs were already arranged, everything was already done. So he put his parts and did his magic, the tricks he came up with and clock precision, perfect drumming.

Although, you’ve been a lot of years around and giving the world great music, some of our readers -including myself- might be interested, in reading your own opinion about your work and your records, so far. Could you please give us your thoughts for all your previous albums, in a few lines?

Alright, I love very much our first album “Wish I Could Dream It Again”, because it’s a very huge, big album, it’s like thirteen songs, twelve songs??? I don’t remember. Perhaps it was a little too much I don’t know. But those were the times, what can I say? We were inexperienced, we didn’t know what we were doing, we didn’t know music at all. But we still pulled it. I love that album, I love the spirit it has, perhaps it brought something new into the scene. The second album “Arte Novecento” a little weird and mysterious album because it didn’t have a proper distribution, so it’s a quite rare album to find. And it’s a cold album, it has cold guitars and the overall sound is very crystal clear like a splinter of ice. When we went to Sweden to record it, it was incredibly cold there and for us Italians it was kind of incredible and I think the cold filtered into the album. There are things that I would do better, not satisfied with everything on that album, but it has a life of its own, I mean, it’s particular really with that fantastic cover. So, then came “Classica” for Century Media our first album, which was published worldwide with a proper record label, for many people it’s our best album. Perhaps it is, I don’t know. I totally like “Classica”, it’s an album with no weak points, it’s kind of flawless. Too bad it didn’t have more days of mixing, but I’m still satisfied with it. Then there’s “Novembrine Waltz”, which is an album that I love it and hate it, because the music is OK, there are great ideas, but I think we needed more time to blend everything together. And some things could’ve been better, the mixing was shit, I’m sorry for the man, but it was a really bad mix in my opinion. Songs could have been pulled out better. I mean, there are songs that I like, which are OK, like “Flower” for instance or “Distances”. But there are other songs that we could’ve done better. Then we have “Materia”. “Materia” is an album that from my point of view, is very similar to “Novembrine Waltz”, I think some things could’ve been done better there too. Mix is OK and the sound is good. And that is an album that is a little too personal for me. I think I went too much into the depths of myself, I kind of regret doing that. And then there’s “The Blue”. “The Blue” is OK, there’s a little too much of everything in that album. Maybe too many guitars, and the mix is so distorted. They dealt with that album, as if it was some heavy metal album to be pushed all to the top. They didn’t care so much for the details, I think it’s too much distorted, compressed. As always, there are things you could’ve done better here and there, but “The Blue” is one of the albums that I like the most. The compositions are OK, and that’s all, I like it. “Ursa” I’m still in a honeymoon with “Ursa”, I think. It came out great, so happy about it. 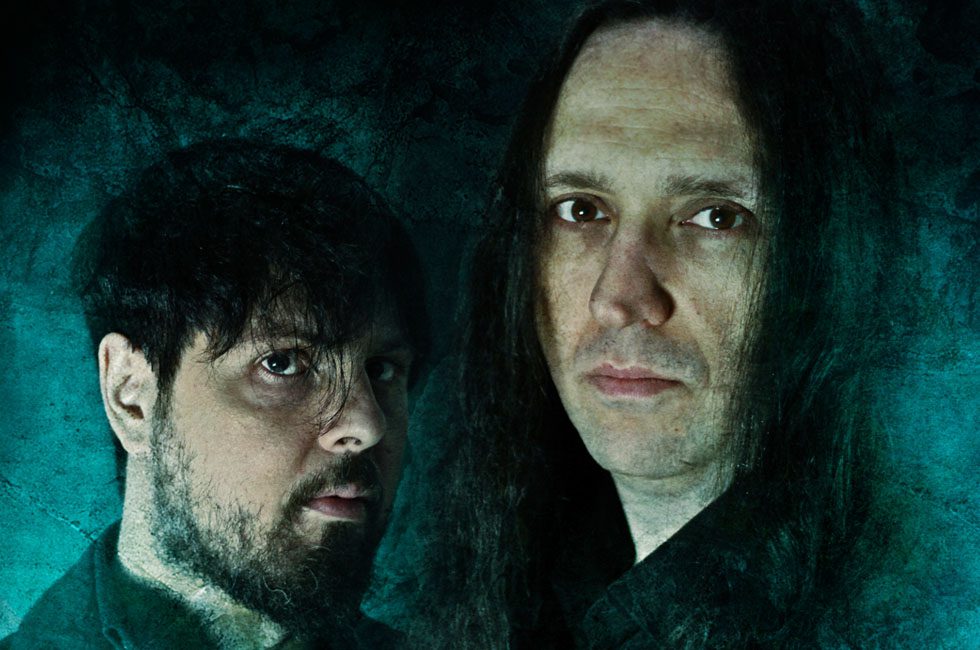 Are there any plans for another album in the near future, or is it just too early to discuss something like that?

Well, actually yes. There’s been discussions between me, Massimiliano and Peaceville, of doing something more in the very near future. We have to talk about it again, but that was the original plan, not make too much time pass from one album to another. Maybe a mini-album, 4 or 5 tracks, let’s see about it.

The next question, is mostly concerning your Greek fans. NOVEMBRE, will be in front of their Greek fans for the first time in their career (if I’m not mistaken). What are your thoughts about this fact, what are your expectations and of course what should the Greek audience expect from NOVEMBRE?

Let me start by saying that in Greece, the Greek scene is one of my inspirations in this world of melodic metal. I grew up listening and being inspired from Rotting Christ, Varathron, Septicflesh and Nightfall. Those were literally amazing bands, they invented a whole new genre of music and I’m very happy to play with your country.

Thank you very much for your precious time. The last words are yours.

I hope people are crazy and we can have some fun over there. It’s also one of the most beautiful places in the world. So can’t wait to be there. Thank you for the interview. Hope to meet you there also. Cheers!