EVERGREY, the beloved progressive metal band from Gothenburg, is releasing its 10th studio full-length album titled “The Storm Within”. On the otherside of the phone, the mastermind of the band Tom S. Englund explains everything you need to know about this record and not only.

Hi Thomas, I’m Alexandros from Metalpaths webzine. Your new album arrived to my hard drive before few days and the first impressions are very pleasant. The Storm Within is a title that suits perfectly with some of your songs. Where it comes from this “beautiful kind of rage”?

I don’t know…it comes from “within”…(laughs)…I mean this album is about losing someone, in particular its about a friend of mine that I have empathized with and I watched how he was in turmoil for so much time. I became interested to how someone feels when loses a loved one, so I wrote the story and lyrics for this one.

The first song, titled “Distance” is one of the best songs in new album. I think I heard the Evergrey version of djent and I really liked it.

Exactly…(laughs). That’s what everybody said. And the funniest is that we didn’t know that this kind exists and is called djent. 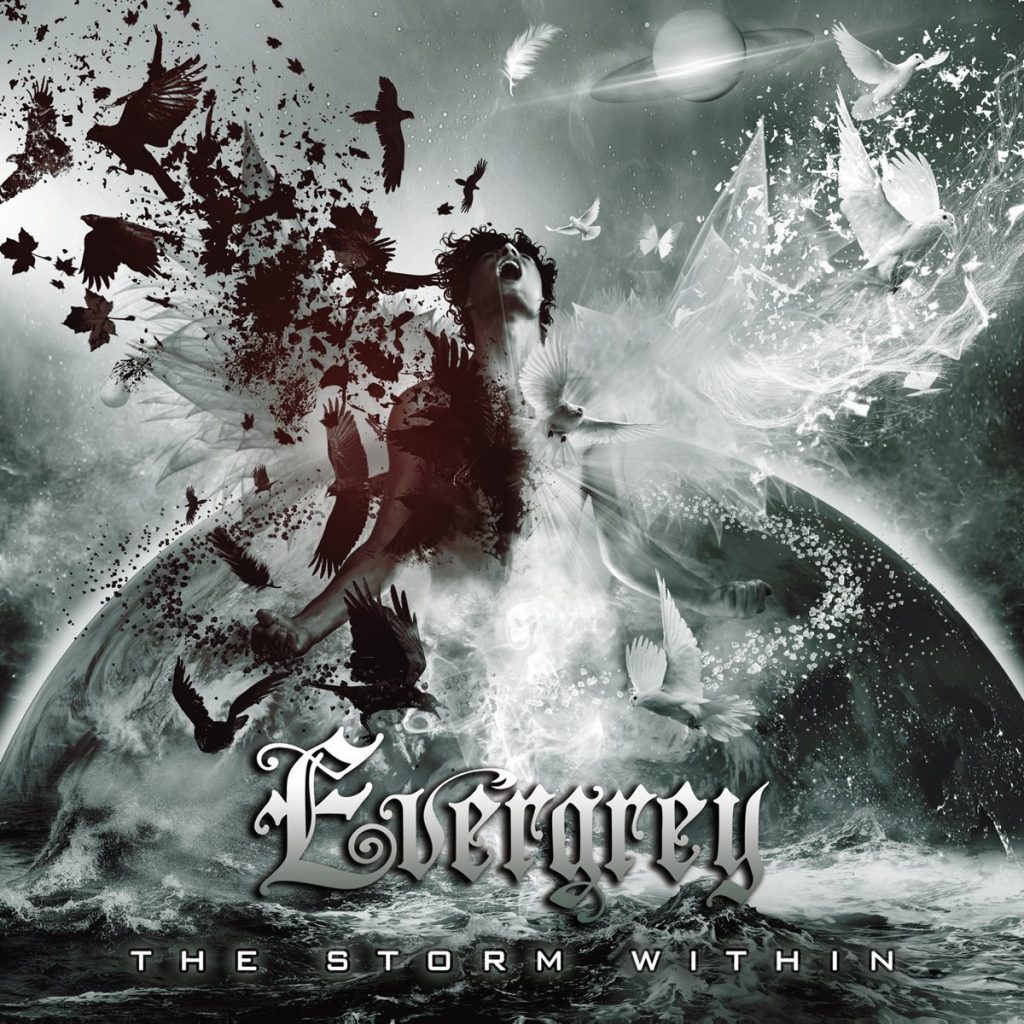 You are not so old school. I believe you knew djent before.

No…we didn’t, honestly. After some interviews, I just started to check bands like Tesseract, Periphery etc

I mean that if we call Meshuggah as the generic djent band, im sure you have heard this sound before.

Whats your thoughts about this style? Do you like any particular group or do they sound more or less like Meshuggah clones?

We liked much Tesseract. They seem to do things right. It sounds dark, it sounds mysterious, well played, atmospheric. Its very cool, very nice. 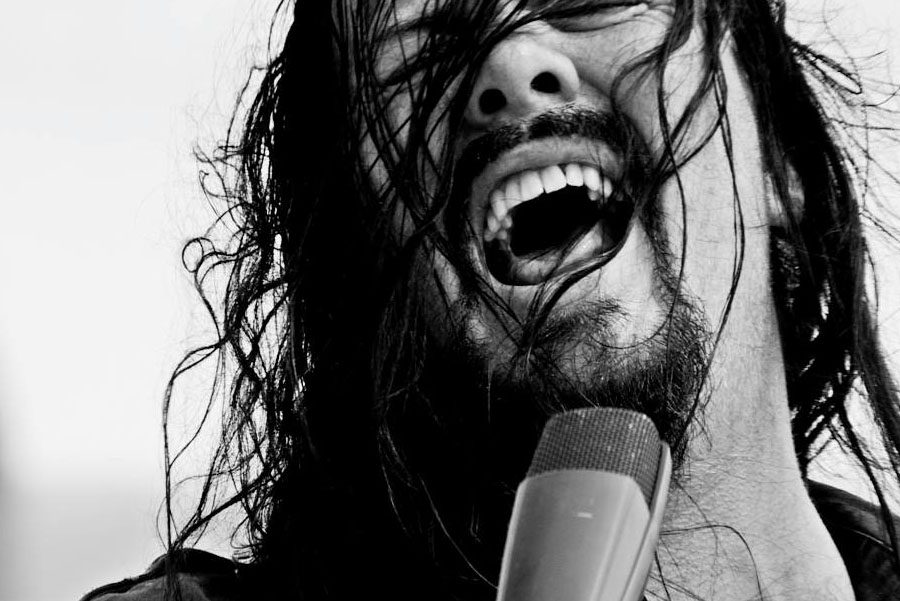 “Distance” has an impressive video clip also. I think that the success of “King of Errors” and “Grant Collapse” guided you to cooperate again with Patric Ullaeus.

We are stuck with Patric for life…or he is stuck with us…laughs…We started working with Patric from 2003, so it’s more than 10 videos we’ve done with him. It’s a collaboration partner that understand us perfectly. He is, in a way, a part of the band. He is the responsible guy for the visuals and we discuss very deeply the matters of our music. It is a great privilege to have him in our team.

How important is for metal groups to have their music promoted with video clips?

I would admit it is very important for us, but I say I really don’t know about the other bands. If nobody knows that you have released a new record, then noone wanna buy it. In this way, I think its really important. For us is also significant that the videos are the visual aspects of the albums. The albums are not completed without the videos, the booklet. The videos are the first thing that people see and hears so they must be a part of the album, as they produce the first impression.

“Hymns For The Broken” is a great album for many people. Its sound had many elements of Evergrey trademark sound but in many ways sounded lighter and gentle. Do you think think that with Storm within tried to integrate a restoration of darkness in your music?

We didn’t try anything. We just wrote what we had inside. The first thing we wrote was piano for the song “Disconnect”. That chorus shaped the whole album and it seems to became the darker or colder brother of Hymns to the Broken. But we added some analog warmth with cellos and violins and female vocals…

Your previous album had many social references in its lyrics and many of your fans, in Europe especially, where been attracted by this new approach. Storm Within seems to have a personal approach in its lyrics once again. Whats your thoughts about the situation in Europe nowdays?

I think it’s very dangerous times, it’s extremely sad that the people feel so desperate that flee their countries or become bounded to religion cults. When you do not have self-identity or no one to trust and rely on, you become dangerous person. In Sweden the racism is rising and we have witnessed this kind of behaviors from people that don’t want more immigrants. They burn refugee camps or beat immigrants. It’s tragic and disgusting. 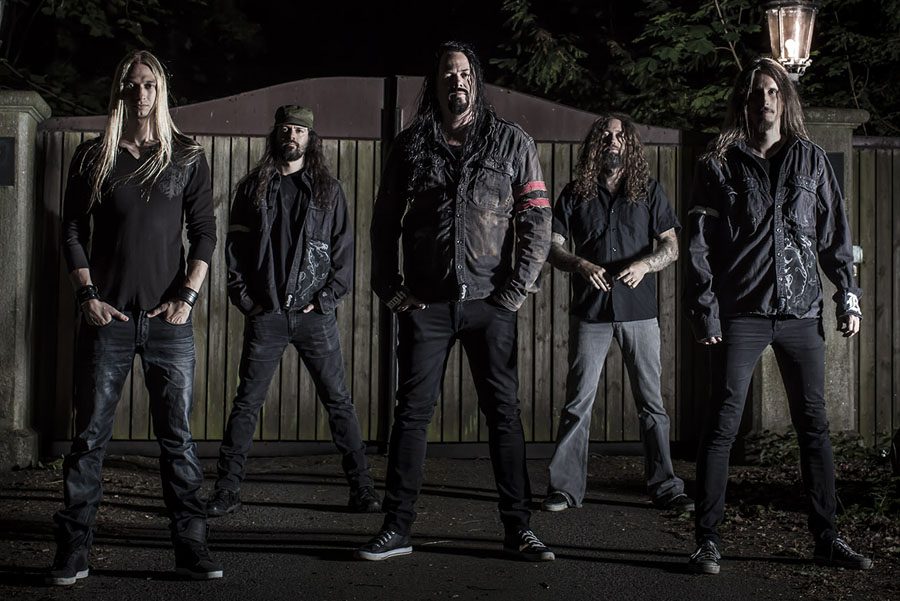 Choruses in Storm Within is a huge part of its strength. I mean, the riffs are great, piano preludes are sweet but the connection point with your audience are the melodies of your voice. Concerning this, which is the usual procedure of your vocals recording?

It’s very difficult every time but in this album I had so much time in tracking and producing and playing guitar that in some point we have left with only two weeks and I have recorded only one melody. I had very very big pressure this time. I close myself in vocals studio and I feel I almost didn’t make it. I wrote the last song in less than one hour and then ran with my car to the ferry in order to go to Denmark to start the mixing process.

Have you ever felt anxious about a song or a record that lacks quality?

All the time. Every album, every song, every word, every note…I always question if it’s good enough. After a while, when I get the distance and hear what other people say, my confidence comes back.

The title of one of your songs impressed me. The Allied Ocean!!! If I haven’t heard the song I would assume that you wrote it for a fisherman. Tell us a few things about the meaning of the title without spoiling anything…

It was a total spoil…

It’s not a secret anymore…laughs…

Evergrey is already a 20 years band. You achieved many, what are your thoughts about the future ahead? Do you consider yourself to play music and especially metal, until old age?

If we have as much fun, as we have now, why not? As long we are inspired to write new music and play together and people want to hear us, sure…of course we want to continue. It’s a great job.