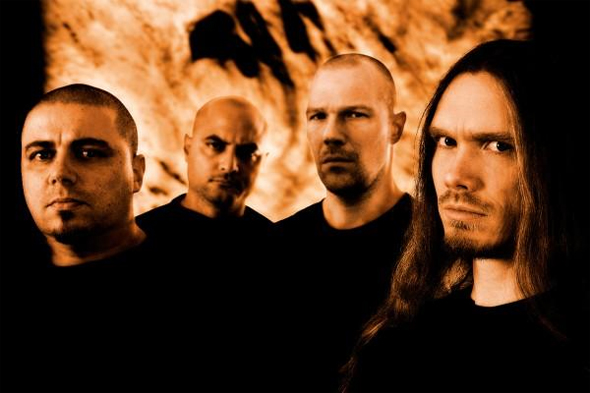 Dutch stalwarts PESTILENCE have returned after 15 years of silence to release their brand new studio album Resurrection Macabre. The brand new album was recorded in Denmark, with producer Jacob Hansen.

“When so many people asked to resurrect Pestilence it got me thinking’” explains Patrick Mameli. “For many years it was a closed chapter. I have always been very clear about that. The last couple of years I discovered, to my amazement, that the band had not been forgotten, but still meant a lot to many fans. So there were a few things that got the ball rolling. First of all the fans. I also noticed that old school death metal was making a come-back. It did wet my appetite. I discovered that I felt the urge to get involved again with the great musical tradition that is death metal. I wanted to leave my own mark again. Another important factor was that I knew that with Tony Choy and Peter Wildoer by my side I had found the right people to make this dream come true. These guys are both absolutely stunning musicians. Simply the best one could wish for. Their creative input on the album is invaluable.”

For more information go to their MySpace.