Norway’s FVN.no conducted an interview we did with W.A.S.P. mainman Blackie Lawless before the band’s 10/9 performance in Kristiansand. Blackie talks about his faith, why he doesn’t “do the blood” anymore and why he will never perform the song “Animal (Fuck Like A Beast)” again. A couple of excerpts follow. 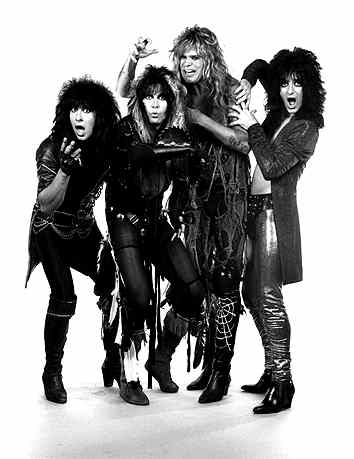 On having a pretty basic live show nowadays:

Blackie: “What you’re saying is: Are you doing the blood anymore? No, I’m not doing it. I don’t need that anymore, because when you’re trying to get a message across to people, the image of that early show spoke so loudly, people were listening with their eyes and not their ears. We did what we thought was abstract art and we were trying to make social comment within that, and no one was getting the social comment; they thought, ‘Oh, it’s a shock-rock band.’ We’ve never considered ourselves a shock-rock band, and to be honest, even to this day, I resent that; I don’t like being considered that. But I understand that the eyes are the dominant sense, and so if you’re going to try and get your message across, sometimes you have to simplify it to be able to do that.”

On not playing “Animal (Fuck Like A Beast)” live anymore:

Blackie: “We haven’t done that song for several years. And it’s totally because of my religious faith, and it’s something that I don’t want to do anymore, and I will never play that song again.

“What can I do to be a positive influence? So I’m looking at what I’m doing and I’m trying to create the best example that I can. I don’t want 13-year-olds going around singing that song. If that’s something they wanna do later in their life, that’s their business. But, like I said, it’s a question of faith and the religious conviction that I have.”

On whether it means that he’s not so proud of all the things he’s done in his past:

Blackie: “Well, that would be one of them, but… You have to understand that I believe that I’ve been put here on this Earth to do a very specific thing. This album, ‘Babylon’, that we’re doing now really talks about what’s going on with the Book Of Revelation and the bible.

“Someone asked me the other day. They said, ‘Are you a rock and roll preacher now?’ I said, ‘No. But I am a messenger.’ And that’s what my job is. So everything I did up to this point has led me to where I am now.”

“Babylon” was released on October 12 through Global Music (via Demolition Records). The CD is themed around biblical visions of “The Four Horseman of the Apocalypse,” and is described in a press release as “a metal masterpiece that will make fans both old and new craving for more.”

The track listing for the album is as follows:

Audio samples of all the tracks that appear on “Babylon” are available at Amazon.co.uk.

“Crazy” was made available for download via various digital service providers from September 28.

Lawless commented on the track: “Although like it may sound like a man talking to a woman, ‘Crazy’ is about a performer talking to an audience; the dangers of idol worship and elevating musicians and politicians to a level that’s dangerous!”