Irish Pagan masters Primordial will release their first ever DVD All Empires Fall on February 28th / March 1st 2010 via Metal Blade in Europe. It will be a DVD-set containing two discs full of quality material.

Disc 1 is the centrepiece of the DVD and features a full Primordial headline show recorded live on the 24th of January, 2009 in their hometown of Dublin, Ireland. The show was filmed with five cameras and has an exceptional vintage look due to the hard work in post production. A truly impressive and powerful live gig, exciting from start to finish in front of die hard Primordial audience and a perfect sound track that is available in stereo and 5.1. 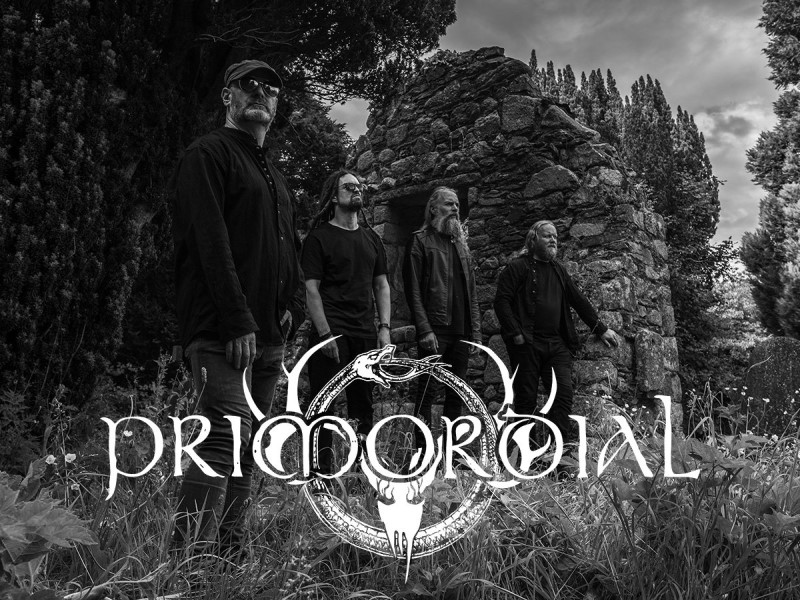 Disc 2 features live clips from the bands appearances at Ragnarok Festival (Germany), Hove Festival (Norway) and Graspop Metal Meeting (Belgium) in 2008. The second disc also features a band documentary with all the inside stories and loads of ancient footage from the early stages of the band. The documentary has a playing time of approx. 60 minutes. Interviews with all band members and rehearsal footage complete the second disc of the set!

So how does it look? The simple answer is and without exaggeration possibly one of the best Metal live shows I’ve ever seen. We filmed it on analog reels, cut it with frightening pace and mixed it up with some very unconventional camera angles. It has the feel of a classic show from the late 70s not the clean, clinical digital vacuum most modern shows are filmed in. We also invested a lot of time, money and effort so don’t expect one of those free recordings most festivals and soundstages offer. As normal we didn’t do anything conventionally so there are no boring balcony stills or side of stage montages. No overdubs, auto tuning or drop ins we are proud that All Empires Fall shows us as we are and as a Primordial show always is. Blood and thunder and no quarter given from start to finish…”

You can view the trailer here.

04. Sons Of The Morrigan

11. No Nation On This Earth

03. Sons Of The Morrigan