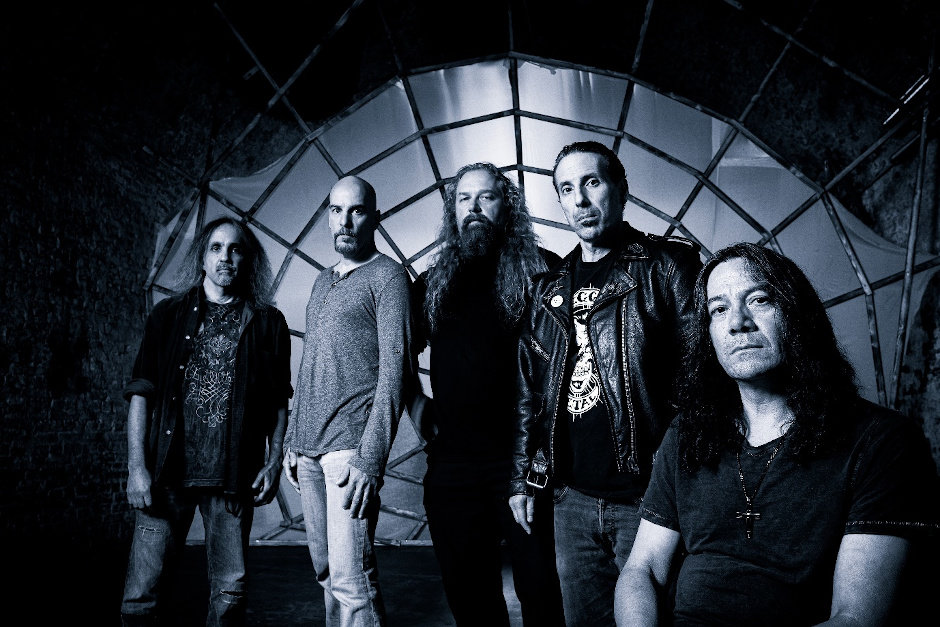 Guitarist Dan Rock has rejoined PSYCHOTIC WALTZ, the reunited cult early 1990s progressive metal band from El Cajon, California. The group, whose lineup now includes all five original members, will embark on a European tour as the support act for NEVERMORE and SYMPHONY X in February/March 2011.

Commented Devon Graves: “I am blown away by the response over [the reunion of] PSYCHOTIC WALTZ. I am really looking forward [to it]! In the meantime, please don’t overlook my other band, THE SHADOW THEORY. We have a new album out this November (October for the U.S.). This album could be the highpoint of my career (so far). My intention is to be in both bands for the future. Enjoy THE SHADOW THEORY while PSYCHOTIC WALTZ writes the new album. You have time.”

PSYCHOTIC WALTZ’s last studio album, “Bleeding”, was released in 1996. Scott Burns engineered the effort, which was mixed by Dan Rock and Woody Barber.

In the years that followed PSYCHOTIC WALTZ’s demise, Rock recorded two instrumental albums with his project DARKSTAR. In the meantime, Norm Leggio and Steve Cox created the band TEABAG, while Buddy Lackey launched his own group, DEADSOUL TRIBE, where he performs using his real name, Devon Graves.