Megadeth Mainman On Brazil’s Metal Open Air: ‘We Were Playing For The People’ 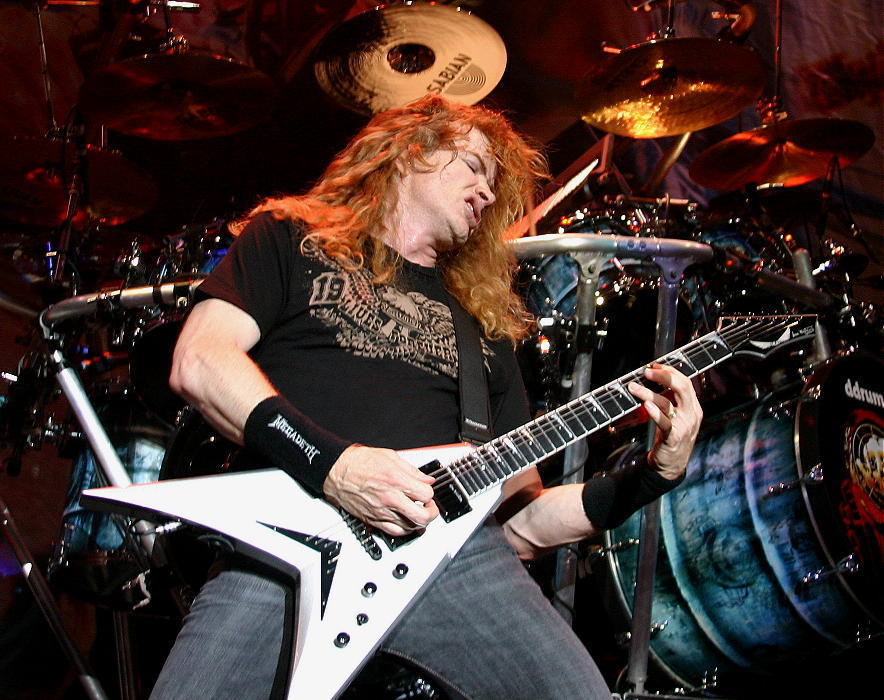 MEGADETH mainman Dave Mustaine has released the following statement regarding the band’s appearance at this weekend’s (April 20-22) problem-plagued Metal Open Air festival, which is being held at Parque Independência in São Luís, Maranhão (Brazil’s northeast).

“To the fans last night in São Luís,

“Thank you. It’s all I can say. One Big Mega Thank You!

“Yesterday’s show in Sao Luis was very challenging, but we did it! It was almost 3:00 a.m. last night, when we finally left the stage.

“One of the highlights for me was when my good friend Michael Romeo [SYMPHONY X guitarist] came up to me during one of the breaks in the show and gave me a much-needed bear hug.

“I especially want to say thanks to my band and my fabulous crew for making it happen.

“If it weren’t for my crew, specifically, the festival probably would not have happened. They are so modest; they’ll say something humble, like, ‘We just made lemonade out of lemons.’ Sure, they did; but it was really like making silk sheets out of pig skin.

“I was told a lot of the talent opted out from coming. I was also told the tickets cost $450 Brazilian Real for the three day weekend, and $250 BRL for just one day. The average person in this area makes $28 BRL a day, so you can do the math. About nine days of work to come to the festival for just one day. Sixteen days for the whole weekend.

“That’s what this whole thing is about. The MUSIC and playing it for YOU!

“I hope my ‘Big Four’ brothers in ANTHRAX get to play tonight! Hopefully all of the ‘Big Four’ will come to Brazil.”

Fan-filmed video footage of MEGADETH’s performance at Metal Open Air can be seen below.