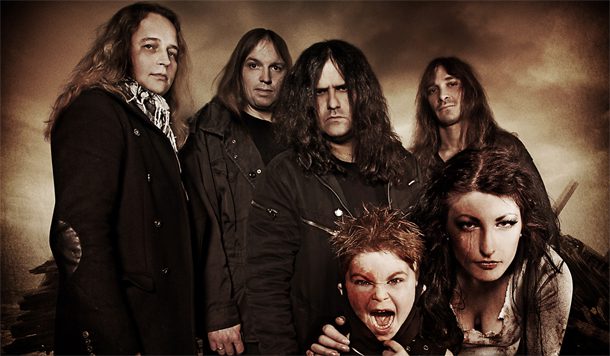 German thrash metal veterans KREATOR will unveil a “huge 3D show” during their upcoming European headlining tour with MORBID ANGEL, NILE and FUELED BY FIRE, which kicks off on November 1 in Antwerp, Belgium.

Commented KREATOR guitarist/vocalist Mille Petrozza: “We are currently in the course of preparing the tour and I can say it’s getting brutal! Not only because we have, with MORBID ANGEL, NILE and FUELED BY FIRE, likely the strongest extreme metal package of 2012, we also will present you our new 3D stage show for the first time in Europe!”

He added, “We are looking forward to seeing all fans out there and we can’t wait to kick off the tour!”

A trailer for the trek can be seen below.

KREATOR recently completed the “North American Teutonic Terror Attack” tour with ACCEPT. The band also filmed a video for the song “From Flood Into Fire”, taken from the group’s new album, “Phantom Antichrist“, which sold 3,900 copies in the United States in its first week of release. The CD landed at No. 1 on the Top New Artist Albums (Heatseekers) chart, which lists the best-selling albums by new and developing artists, defined as those who have never appeared in the Top 100 of The Billboard 200.