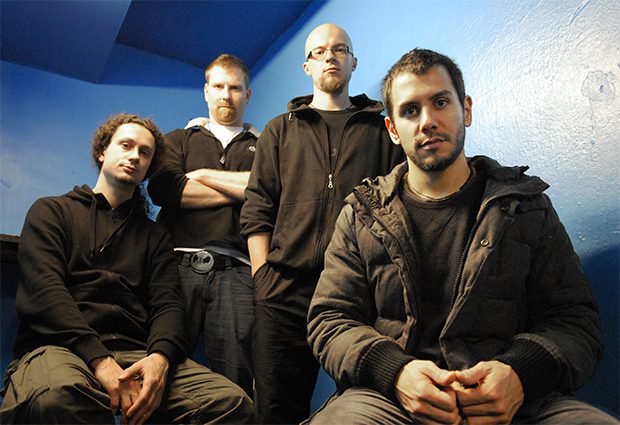 Progressive rock/metal band CYNIC has begun mixing its new album for a fall release via Season Of Mist. The group’s drummer, Sean Reinert, writes in an online posting: “Some people are gonna be pissed and others are gonna say ‘thank you!!!’ I’m with the latter!”

Regarding the direction of the new CYNIC material, Reinert previously said: “It’s a bold new sound for CYNIC and marks a gigantic leap in the band’s progression. We’ve had a lot of time to let this material develop and gestate, and it finally feels ready to be unleashed on the world. I’ve been in trio mode with [bassist Sean] Malone and [guitarist/vocalist Paul]Masvidal flushing out a zillion and one details, and couldn’t be happier about what’s happening with these songs. They are truly alive!”

CYNIC‘s latest EP, “Carbon-Based Anatomy”, was released in November 2011 via Season Of Mist. The CD artwork was designed by the greatRobert Venosa, the artist behind the covers of CYNIC‘s previous releases“Focus”, “Traced in Air” and “Re-Traced”.

All bass parts on “Carbon-Based Anatomy” were recorded by one-timeCYNIC bassist Sean Malone.