EKTOMORF To Release ‘Retribution’ In January 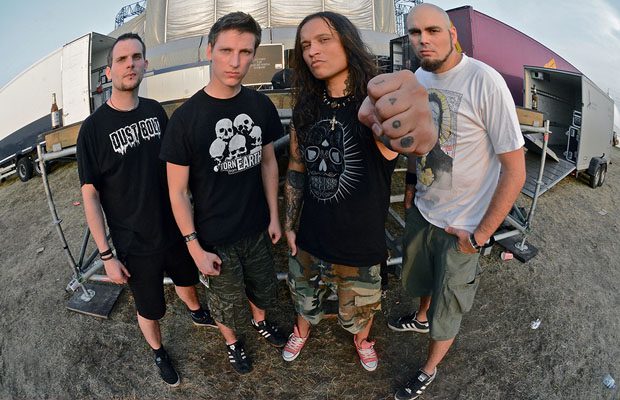 Hungarian extreme metallers EKTOMORF will release their new album, “Retribution”, on January 31, 2014 via AFM Records. The follow-up to 2012’s “Black Flag” is described in a press release as a “first-class fist-in-your-face album, displaying heavy grooves and sheer power in the best of ways. Refining and bringing things to perfection was the goal, and this has been achieved impressively.”

On the song “Numb And Sick”, EKTOMORF welcomes ILL NINO vocalist Cristian Machado as a guest, and his duet with Zoltán “Zoli” Farkas gives another new flavor to a record that clearly points out that EKTOMORF, even 20 years after its foundation in 1993, is still a raging, energetic force with the intensity of a bulldozer.

EKTOMORF‘s lyrics reflect this situation and deal with discrimination, society, pain and anger but show a strong will to survive and overcome all problems. Their music combines the burning fire of the primal gypsy music with modern elements: groovy, downtuned guitar riffs and aggressive drums, supplemented by powerful and raw screaming vocals became their trademarks.