LACUNA COIL’s SCABBIA ‘Demoing Some Vocal Ideas’ For Next Album 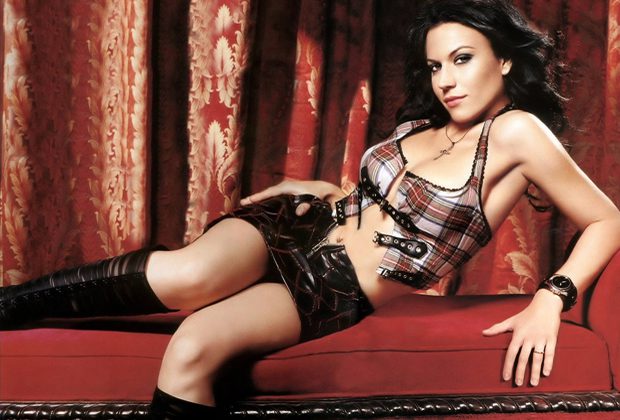 Singer Cristina Scabia of Italian heavy rockers LACUNA COIL is currently “demoing some vocal ideas” on songs that are being written for the band’s next studio album, tentatively due in 2014. She writes on Facebook: “You guys are gonna be blown away! AAAAARGH!”

LACUNA COIL‘s latest album, “Dark Adrenaline”, sold around 20,000 copies in the United States in its first week of release to debut at position No. 15 on The Billboard 200 chart. It marked the band’s second CD with producer Don Gilmore (LINKIN PARK, BULLET FOR MY VALENTINE) at the helm.

“We changed producers on our last album, ‘Shallow Life’, and we wanted to work with Don,” Scabbia told KNAC.COM. “I think that we wanted to change producers mainly to see what we could do with a different person. A producer is much like a teacher and we wanted to learn something new and we found that our goals and Don‘s were much the same. When listening to ‘Dark Adrenaline’, I can say that there is so much different. We are more experienced now and more confident in our sound and we get inspired to try to do more with each new record.”

Asked about LACUNA COIL‘s approach to having two lead singers —Scabbia and Andrea Ferro — Cristina told Metal Sucks: “I think having two singers — one male and one female — gives you the opportunity to do something different. My voice might be more dreamy and angelic and nice, and Andrea‘s is more aggressive than mine. Of course, we are a man and a woman singing together. We don’t sit down and think about how to share the parts. It comes out really naturally. To our ears, it’s really easy to pick out what sounds better. There are parts that are better if he sings it, and the other way around, just the opposite. Sometimes I can write parts for him that he will sing, and he writes parts that I will sing on the actual final recording. We don’t think too much about that. We don’t want to force anyone to eat two meals at the same time. [laughs] We just treat our voices like two instruments that we can add to the composition. It doesn’t really matter who sings what.”