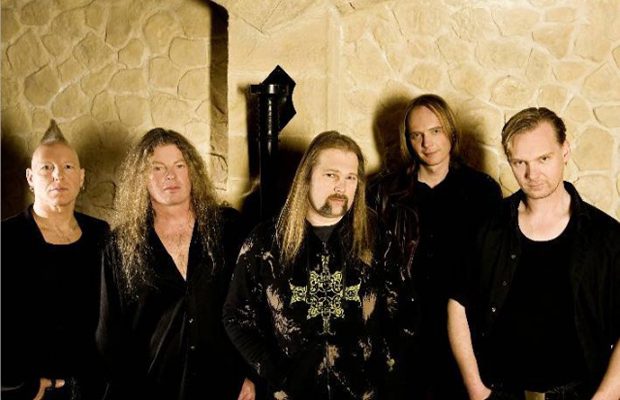 The official trailer for “Novum Initium”, the new album from multinational melodic metallers MASTERPLAN, can be seen below. The CD will be released in Europe on June 14 and in North America on June 18 via AFM Records.

The “Novum Initium” digipack cover artwork can be seen below.

In a recent interview with Metal Shock Finland, MASTERPLANguitarist/leader Roland Grapow stated about the band’s new CD: “We are not leaving the MASTERPLAN path too much, but everything we have — the melodic part and a little bit progressive — I would say we’re a little bit more powerful and I’m also mixing the album this time. I want to get a little bit more modern, as the sound we have was created ten years ago. We’re still having the typical sound with melodies, but the drummer is amazing and plays a lot of crazy shit!”

In an August 2011 interview with the Czech web portal Kultura21.cz,Grapow stated about MASTERPLAN‘s numerous lineup changes: “I think it’s always difficult in this band, I guess. If you see, the first album just came out after a big turbulence — leaving HELLOWEEN, Uli [Kusch, drums] and me. I think this band always needs some very bad moments to some great songs. [laughs] And it looks like MASTERPLAN, basically, is my main band, and whoever will sing and whoever will play in the band, I’m happy with. But, basically, at the moment, I’m thinking the main songwriters are Axel now and me. So whatever happens, this band will continue. It’s very important for me to show that we still have the power and the ability to write beautiful melodies and some aggression and rock and metal songs. Whatever we do, we want just to make good-quality stuff.”