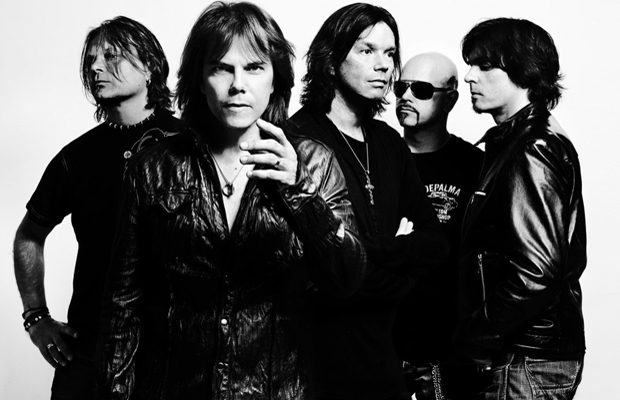 “So! A Swedish band called SABATON has gone platinum in Sweden, selling 40,000 units [of their latest album, ‘Carolus Rex’]. Nice one, lads! However, the media statement suggesting they are the first Swedish hard rock band ever to do so is a little ill-advised! Or, could it be we were ‘punk’d’ back in the ’80s when presented with platinum discs for ‘The Final Countdown’? No, wait! Ashton Kutcher wasn’t even born back then!

The International Federation of the Phonographic Industry (IFPI) in Sweden has revised the sales requirements for albums to reach platinum status in the country three times in the last 17 years — from the pre-1996 level of 100,000 to the current 40,000.

EUROPE‘s ninth studio album, “Bag Of Bones”, was certified gold in the group’s home country for sales in excess of 20,000 copies. According to the band, the CD entered the official chart in Sweden at position No. 2 and “has since then continued to sell steadily.” The group added, “‘Bag Of Bones’ is fast becoming the most successful record since the reunion.”