DEEP PURPLE Singer: ‘Classic Rock Is Never A Label That We’ve Given Ourselves’ 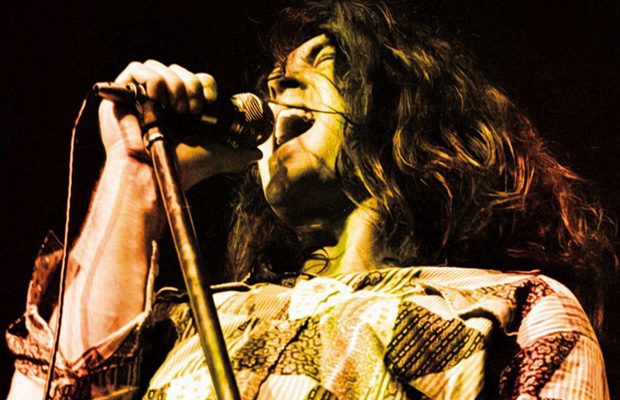 Jane Stevenson of the QMI Agency recently conducted an interview withDEEP PURPLE singer Ian Gillan. A couple of excerpts from the chat follow below.

On being considered a “classic rock” band:

Gillan: “Classic rock is never a label that we’ve given ourselves — it’s one of the many labels that’s been imposed on us. We always used to describe ourselves as an instrumental band. Basically, the music was always instrumentally based so the songs always came later… It’s just the influences in the band are so diverse, coming from orchestral composition, jazz, blues, big band, swing and rock ‘n’ roll. So there’s always been that element of adventure within the band. But I think, after all this time, [producer] Bob Ezrin pointed out all those things and so we all lifted up all our heads and said, ‘Hmm, sounds interesting.’ So there was a reason to go back in the studio. So we went back with enthusiasm.”

Gillan: “As the ideas come from the jam sessions every day… you get them some kind of working generic title and this one sounded like the soundtrack to a horror movie so we called it ‘Vincent Price’. And when I got to doing the lyrics, I said to Roger [Glover, bass], ‘Listen, what would a producer of the ’60s or a director want as the ingredients for a horror movie starring Vincent Price?’ And I started writing down the lyrics: Clanking chains, creaking doors, bloodsucking vampires, howling dogs, sacrificial virgins, zombies. I said, ‘There you go. We’re finished. We’ve done the lyrics.’ ”

On DEEP PURPLE‘s classic song “Smoke On The Water”:

Gillan: “The things these songs get up to when they’re out on their own. The best ever (cover was) by an artist called Yvonne the Tigress. She did it to a samba rhythm. She was a stripper in San Paulo and she was the worst stripper ever. And at the end of the song she would start singing‘Smoke On The Water’ with a hand drum. And you know what guys normally shout when they’re watching a stripper. But this is the only time I’ve been witness to a whole bunch of guys chanting, ‘Get ’em on! Get ’em on!’ It was the worst performance of ‘Smoke’ I’ve ever heard but she did it with such enthusiasm.”