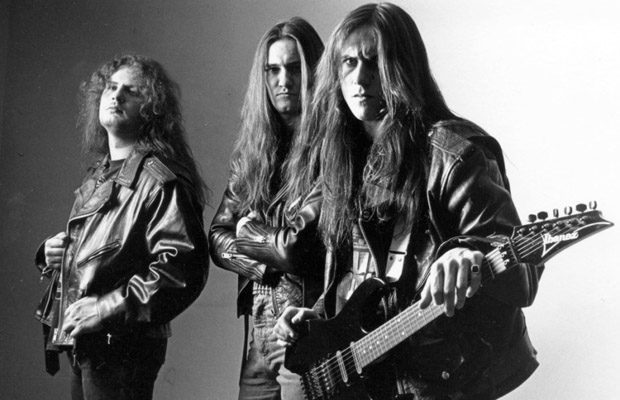 German thrash metal veterans SODOM have been forced to cancel their appearance at the Bangalore Open Air festival on July 6 in Bangalore, India.

Says the band: “We already had our suitcases packed and were ready to go.

“We are awfully sorry to take these steps and we are deeply disappointed by this situation, but in the end there’s the awareness that not everything is done to our entire satisfaction.

“We are ‘only’ the musicians, who would have loved to rock India and we owe this to our fans, even more because we never performed over there, of course through no fault of our own. The one who botched this up will have to be confronted with the fans and the local scene for his faults.

“We concluded a contract, which has strictly abided by our booking agency ourselves. In the end, this set of problems redounds upon us, because we’re in the front line and have to be answerable to our fans.

“I hope we didn’t lose too many fans due to this mess, but all people who know us are aware of the fact, that we would do anything for our fans.

“We hope for your understanding and keep you informed about the latest facts.”

SODOM‘s new album, “Epitome Of Torture”, sold around 800 copies in the United States in its first week of release. The CD landed at position No. 25 on the Top New Artist Albums (Heatseekers) chart, which lists the best-selling albums by new and developing artists, defined as those who have never appeared in the Top 100 of The Billboard 200.

“Epitome Of Torture” was made available on April 29 in Europe and May 7 in North America via SPV/Steamhammer. Bassist/vocalist Thomas “Angelripper” Such, guitarist Bernd “Bernemann” Kost and new drummer Markus “Makka” Freiwald recorded a total of twelve new tracks (plus a MOTÖRHEAD cover) which “present SODOM as more diverse and multi-faceted than ever,” according to a press release.