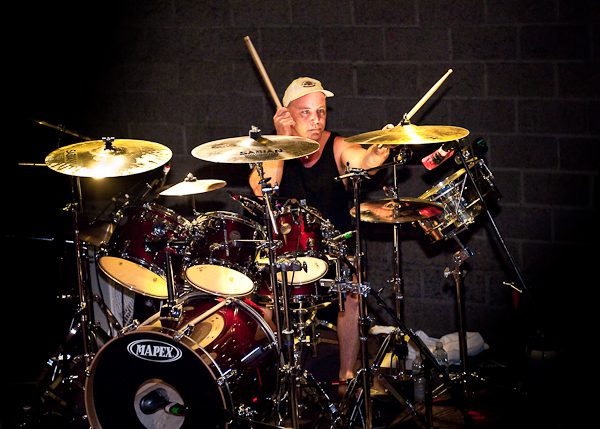 Drummer Steve Flynn of reactivated seminal technical metal pioneers ATHEIST was recently involved in a serious car accident after another vehicle pulled in front of him at 50 mph. Flynn was taken by ambulance to a hospital and was treated for injuries to his wrist, neck and jaw. He still requires some physical therapy, but he is improving swiftly at his home in Atlanta.

The first three studio albums from ATHEIST — “Piece Of Time” (1989),“Unquestionable Presence” (1991) and “Elements” (1993) — were re-released on vinyl in North America on June 11 via Season Of Mist. The new editions are remastered on colored vinyl and limted to 500 copies per title worldwide.

“Jupiter” landed at position No. 88 on the Top New Artist Albums (Heatseekers) chart, which lists the best-selling albums by new and developing artists, defined as those who have never appeared in the Top 100 of The Billboard 200.

“Jupiter” was released on November 9, 2010 (one day earlier internationally) via Season Of Mist. The CD was recorded at LedBellystudios in Atlanta, Georgia with engineer Matt Washburn and was mixed by Jason Suecof (TRIVIUM, CHIMAIRA, DEVILDRIVER). The cover artwork was created by Eliran Kantor, who has previously worked withTESTAMENT, SIGH, ANACRUSIS and GWAR, among others.