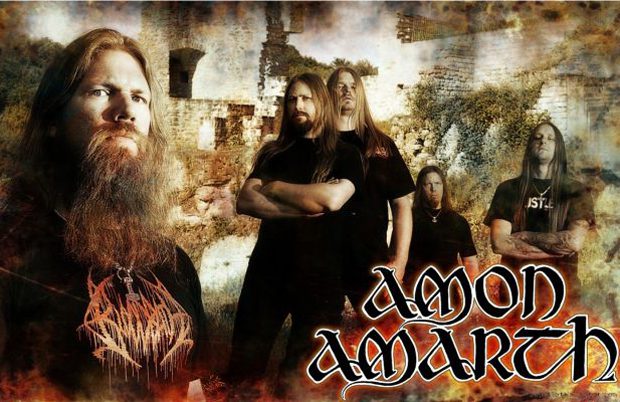 Swedish death metallers AMON AMARTH have provided an exclusive track-by-track breakdown of “Deceiver Of The Gods”, their ninth studio album, to Sweden’s Access: Rock. Check it out in two parts below.

“Deceiver Of The Gods” sold around 17,000 copies in the United States in its first week of release to land at position No. 19 on The Billboard 200 chart. The record arrived in stores on June 25 via Metal Blade Records.

In Germany, “Deceiver Of The Gods” entered the Top 100 chart at No. 3, the official Media Market/Saturn chart at #3 and the German Media Control Weekend Trend chart at No. 2.

In the U.K., the record entered the official album chart at No. 67, the Rock/Metal chart at No. 4 and the Independent chart at No. 14, marking the highest U.K. chart placements for the band yet.

“Deceiver Of The Gods” comes adorned with another outstanding Tom Thiel-created cover portraying a mythical battle between the Norse GodsLoki and Thor. As an added bonus, Messiah Marcolin (CANDLEMASS) makes an appearance as guest vocalist on eighth track, “Hel”.

AMON AMARTH is opening the main stage of this year’s edition of theRockstar Energy Drink Mayhem Festival, which kicked off on June 29 in San Bernardino.