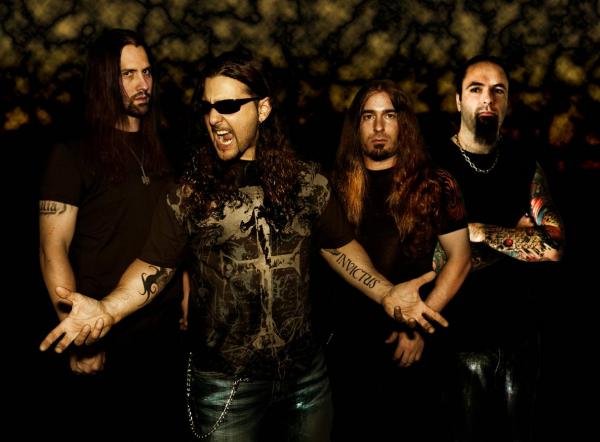 Filming will commence in August for “a very ambitious and sick” video for the song “Elevate” from KATAKLYSM‘s forthcoming concept album,“Waiting For The End To Come”. According to the band, the plan is to bring the viewers into a visual masterpiece of chaos, a chaos based around the ideals of death, the purpose of life, the human factor, and the semi-coma state that most people in this world exist in.

Says Iacono: “In a nutshell, we believe we wrote the most intense, intricate storyline for a video clip ever made in death metal and our genre. Big statement? Well, we’ve got big ideas and we need to put it to life with crazy visuals. We hired the man who has the balls and the artistic capacity to execute this task plus one of the best special FX teams in Europe to back him up. It’s time to up the game. We’re back and we’re swinging hard.”

KATAKLYSM‘s “Waiting For The End To Come” will be released worldwide this October.

The follow-up to 2010’s “Heaven’s Venom”, “Waiting For The End To Come” was recorded by KATAKLYSM guitarist Jean-François Dagenais, who has previously worked with MALEVOLENT CREATION, MISERY INDEX and DESPISED ICON, among others, and mixed by Chris “Zeuss” Harris (SUFFOCATION, HATEBREED, ARSIS). Other songtitles set to appear on the CD include “If I was God… I’d Burn It All”, “Under Lawless Skies” and “Kill The Elite”.

As previously reported, KATAKLYSM has recruited ex-NEURAXIS drummerOli Beaudoin to sit behind the kit during the recording sessions for“Waiting For The End To Come”. Beaudoin is also playing all ofKATAKLYSM‘s currenty announced shows starting on June 30 in Costa Rica.