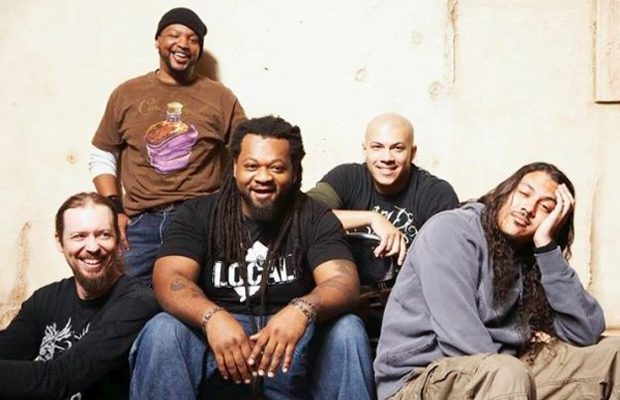 Said guitarist Matt Wicklund in a statement: “As many of you have heard, GOD FORBID has broken up. It is a sad time for us and also a time of new beginnings.

“The past four years have been an amazing journey for me and I am forever thankful for the experiences I have gained and the the musical family that I was welcomed into. I have grown immensely from all of this as an artist and a person.

“I am very proud of the album ‘Equilibrium’ that I got to write and record with the guys and I loved every minute I got to play all of the songs, new and old, on stages around the world for all of the wild and loyal GOD FORBID fans. Thank you all again for the good times. . Cheers to all of you and to my brothers Doc Coyle, John Outcalt, Corey Pierce and Byron Davis.

“New chapters are unfolding for all of us and I am taking all I’ve learned forward into a new and exciting musical adventure. GHOST SHIP OCTAVIUS is now my main musical outlet and I would be honored to see all of you again and share this new journey with you all!

“Here’s to good memories and to amazing things yet to come!!!”

Added vocalist Byron Davis: “Yes, it’s true, GOD FORBID is down. We are a family for the most part. Some move on while others keep it real like before the band began. I should feel sad, but I don’t right now because a new chapter has begun. I’ll be seeing you all around somewhere. Believe that.”

“Equilibrium”, sold 3,400 copies in the United States in its first week of release to debut at position No. 156 on The Billboard 200 chart. The effort landed at No. 7 on the Top New Artist Albums (Heatseekers) chart, which lists the best-selling albums by new and developing artists, defined as those who have never appeared in the Top 100 of The Billboard 200.

“Equilibrium” was released on March 27, 2012 via Victory Records. The bulk of the CD was recorded by Mark Lewis (THE BLACK DAHLIA MURDER, WHITECHAPEL, DEVILDRIVER, TRIVIUM), with Jason Suecof (TRIVIUM, ALL THAT REMAINS, THE BLACK DAHLIA MURDER, CHIMAIRA, DEVILDRIVER) stepping in during the the vocal-tracking stage. The effort was mixed by acclaimed Swedish producer Jens Bogren, who has previously worked with such acts as KATATONIA, OPETH, PARADISE LOST and AMON AMARTH.