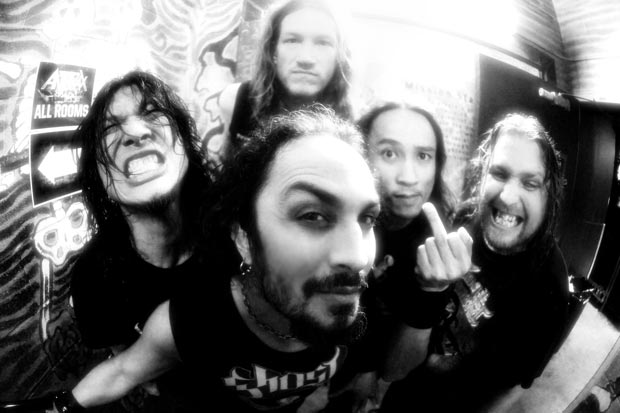 “Son Of The Morning”, a brand new song from San Francisco Bay Area metallers DEATH ANGEL, can be streamed at DeathAngel.us. The track comes off the band’s seventh album,“The Dream Calls For Blood”, which will be released on October 11 in Europe (except for the U.K. where it will arrive three days later) and October 15 in North America via Nuclear Blast Records. The follow-up to 2010’s “Relentless Retribution” was recorded at Audiohammer Studios in Sanford, Florida with producer Jason Suecof (TRIVIUM, AUGUST BURNS RED, THE BLACK DAHLIA MURDER, ALL THAT REMAINS, WHITECHAPEL, DEVILDRIVER), and once again features cover art by Brent Elliot White (JOB FOR A COWBOY, CARNIFEX,WHITECHAPEL). Fans will be able to purchase a standard jewelcase version of the album or digipak edition that includes a bonus track and bonus DVD.

* The Making Of “The Dream Calls For Blood”

In a recent interview with Metal Covenant, DEATH ANGEL guitarist Rob Cavestany stated about the “The Dream Calls For Blood” album title: “The title is basically our motto. It’s what we’re talking about, you know. In our point of view the dream being our band and keeping the band going and making music for your life. The blood is all the sacrifice and all hard work that goes into it and that’s the metaphor for that. It’s not only meant for music. It’s also meant for other people to relate in their own life and goals that they’re trying to achieve and the sacrifices that it takes to achieve these goals. And along with that, there’s also a tinge of aggression in there about other people that cut corners and don’t quite go through all the steps it takes to achieve the goal the right way. So there’s a little bit of a middle finger to those people that go about it that way and don’t fully respect what it takes.”

DEATH ANGEL‘s North American headlining tour in support of “The Dream Calls For Blood”will kick off on October 18 in San Francisco. Support on the trek will come from 3 INCHES OF BLOOD, BATTLECROSS, REVOCATION and DIAMOND PLATE.

“We are so excited to announce this upcoming tour,” commented DEATH ANGEL vocalist Mark Osegueda.

“We worked so hard writing, and recording this record! Especially writing this while on the road for the last three years of touring. And it reflects the triumphs, and mainly hardships, of all we went through while touring. The anger, perseverance, and energy was captured on the recording of ‘The Dream Calls For Blood’.

“This tour is the PERFECT springboard to launch off of and back on the road; hungrier and more focused then ever! With a lineup of bands handpicked by us, you’re basically sonically ravaged from the moment the lights dim at the beginning of the night until the lights turn back on at the end! I’m confident every band on this bill plan on sending you home feeling like you’ve survived a massacre that you can’t help but brag about.

“Look forward to feeding off each other’s energy!

The San Francisco, Hollywood and Ramona gigs are considered CD-release shows and everyone that purchases a ticket will also receive a copy of the new DEATH ANGEL album at the show. 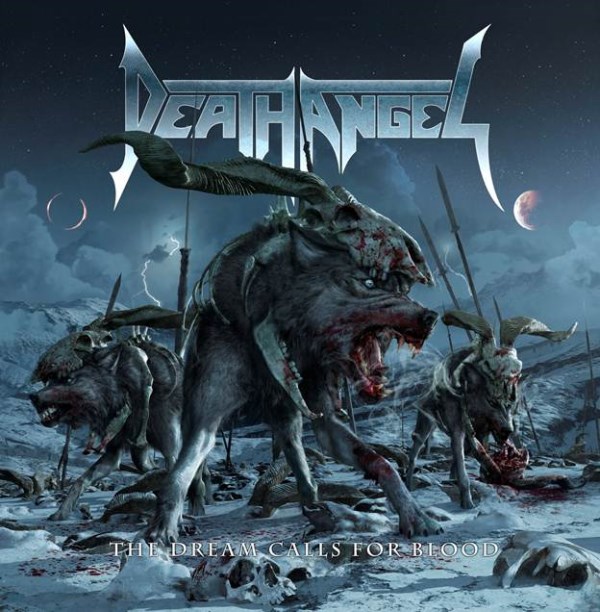 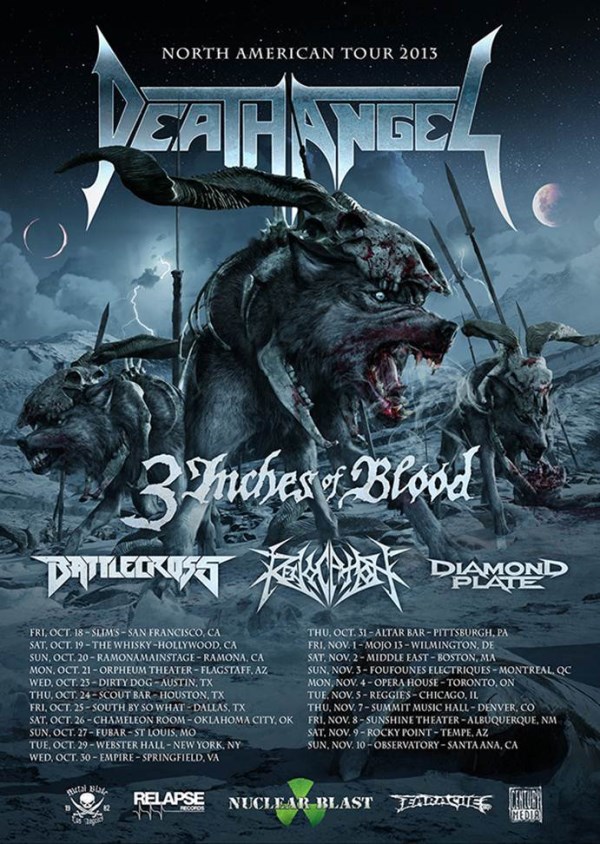