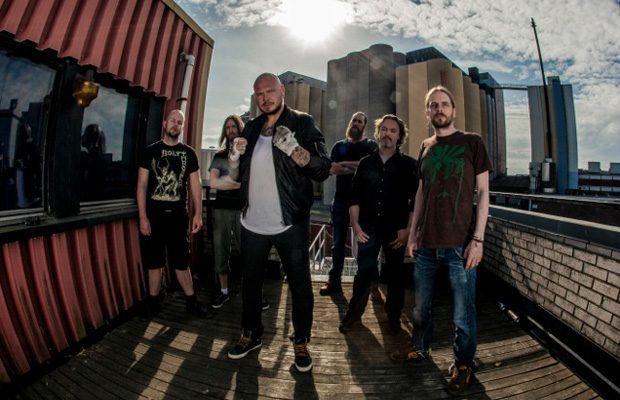 The official lyric video for the song “Tongue” from Swedish metallers SOILWORK can be seen below. The track comes off the band’s ninth studio and first dual-disc album, “The Living Infinite”, which sold around 7,800 copies in the United States in its first week of release to enter The Billboard 200 chart at position No. 60. The effort also landed at No. 11 on the Independent Albums chart, and No. 2 on the Hard Music chart. “The Living Infinite” entered the iTunes Metal Top Albums chart at No. 1 and was the No. 1 most added album on the CMJ radio chart.

SOILWORK will release a lavish deluxe version of its 2001 classic breakthrough album “A Predator’s Portrait” on October 18 in Europe and October 15 in the U.S. The effort will be reissued as a digipack with an all new artwork and will contain two previously unreleased live bonus tracks.

Commented drummer Dirk Verbeuren: “I view ‘A Predator’s Portrait’ as a milestone in several ways. It’s our first recording for Nuclear Blast, still our home to this day, six albums later. It marks the first time Björn ‘Speed’ Strid pushes his vocal talents into the melodic realm. And it concludes the early SOILWORK years, with follow-up ‘Natural Born Chaos’ starting something new and different altogether.

“Now that we’ve come full circle with our ninth album, ‘The Living Infinite’, the time is right to revisit ‘A Predator’s Portrait’. This ultimate re-release comes with re-imagined artwork by original cover artist and SOILWORK keyboardist Carlos Del Olmo Holmberg as well as two live renditions of classic ‘A Predator’s Portrait’ tracks performed by the band’s current lineup during the 2013 North American ‘Infinity’ tour.”