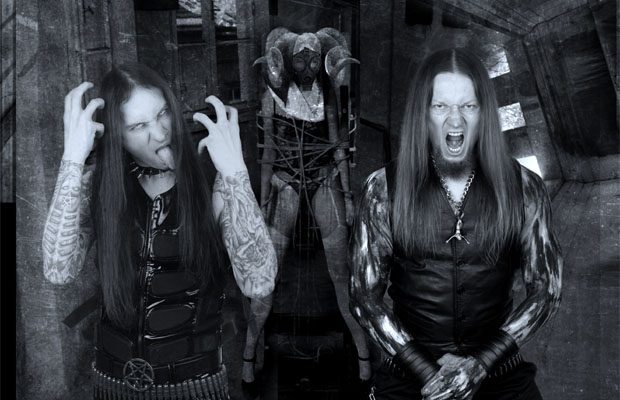 “In Blood – Devour This Sanctity”, the new video from Austrian death/ black metal metallers BELPHEGOR, can be seen below. The clip, which was recorded live in Moscow, Russia on October 6, 2013, was filmed and edited by Andrey Kovalev.

“For the new video, I decided to take ‘In Blood – Devour This Sanctity’ with visual live sequences from the Moscow ritual. Authentic and insane. One of my fave tracks in a live situation. Musickwise inspired by ‘The Hungarian Dances’ by the classical composerJohannes Brahms (1833-1897). You also find there all BELPHEGOR trademarks. Shredding guitars, fast drums and heretical grunts. Enjoy!”

Songtitles set to appear on BELPHEGOR‘s new album include “Gasmask Terror”, “Rex Tremendae Majestatis”, “Take Her, Lucifer!” and “The Inverted Cross”. The cover artwork will be created by Greek artist Anthon Siro Seth, who previously worked on BELPHEGOR‘s “Pestapokalypse VI” album in 2006.