Belphegor’s new album, “Walpurgis Rites – Hexenwahn”, was released at 9/10 and another monumental release of straight edge Blackened Death Metal, or as they call their music Supreme Death/ Black Metal Art, is now on the stores. A day before the official European release founder member Helmuth, who handles the guitars and vocals, phones us at the time expected to have a conversation about the new album. 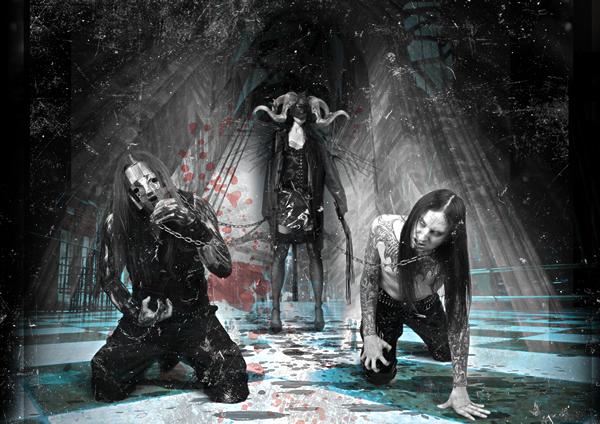 First of all, we talked about the technical stuff of their new release and with a rather enthusiastic tone he told us that this release was recorded and mixed at Stage One Studios, Kassel, Germany with Andy Classen and Belphegor mixing it and producing it as well. After the songs were done recording, they tried to be more aggressive this time with the production and the mixing process. So, the satisfaction for the outcome was quite obvious, as it really came out as they wanted their new record to sound like, and also it kept the high standards they have for every new work they release. Having all the aggression and feeling they wanted, they seem to have the opinion, that the way they treated the songs, goes on to keep their personal style in the extreme sound fields.

Our next field of conversation was about the response they had about the album, at that certain time, from the people of the music industry or even close friends and maybe some fans. Thus the record wasn’t released yet, the only thing Helmuth knew, was the opinion of inside music industry people. Although, their opinion was very enthusiastic, Belphegor had always wanted the fans to be satisfied and their opinions are the ones that are more important for the band, so Helmuth being quite optimistic and confident told us he waited for the fans’ opinion, to have a complete view of how the album was received by the audience.

Moving the conversation to another territory, we also had Helmuth’ s  honest opinion about the bond which the name and the story of Belphegor have with Satanism, Sodomy, Sex, Lust and all these themes they have been using to their lyrics, from back when they started. It’s definitely something very provocative and uneasy so that’s one of the reasons why they use it, because all these themes cover a veil of mystery, even to them. Metal music, as he honestly claims, is all about being extreme and this is just another way of extremity, combined to the music and the imagery of the band. It’s simply natural for Belphegor to use these themes because they feel attached to these lyrics and their meanings. Be sure the bond will remain strong for years to come! The conversation ultimately led us to a small chat about the cover of “Walpurgis Rites”. Helmuth told us about the importance of a nice representative cover, for every Belphegor release, and the perception behind every new cover which, according to them, should be, in a way telling you what to expect on the inside. The brilliant artist Marcello from Brazil, who handled the cover, as Helmuth says, made it fit to the music that’s inside and also the image of the band. Being satisfied that they cooperated about the details, he made it clear that the cover couldn’t be more into what they wanted for this release. 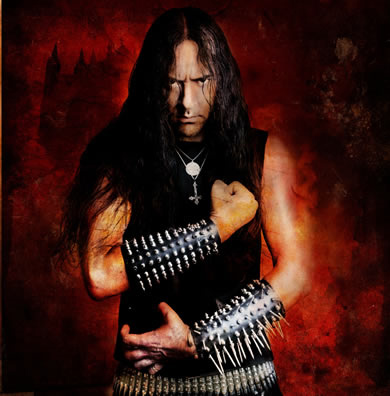 After this small conversation about the artwork and the lyrics, we talked about the Special editions of the new record…Everyone that’s into the band cannot forget the limited release of “Bondage Goat Zombie” with the steel helmet. Helmuth explained us that these releases are quite fun for the band and they actually enjoy them, as much as the fans do. Of course, it’s a part of the marketing but they seem quite aware that none is forced to buy such special editions, unless they want to. He also revealed to us that there will be a strictly limited edition of “Walpurgis Rites “ that will contain a hand grenade, included in a wooden box and the CD in digipak format. Helmuth also revealed to us that he’s a big fan of vinyl editions and that’s why, every time a new release is out, there are some copies for the vinyl addicts. As vinyl editions are being a part of the metal culture, this is a great “gift” for every collector.

This “edition” conversation popped-up another great subject of discussion that followed. The use of internet and the way he and Belphegor feel about it, concerning the digital downloading and also the official trading of music related products, through the internet. As a professional musician, that respects himself and his hardworking with the band, he actually told us that he does not agree at all with downloading music files. First of all, because of the quality of the sound that’s totally destroyed when converted, inevitably this having a big effect on their hard work. As a band, they spent a lot of time and effort to make a sound that’s representative of their music and their perspective as a band. “That’s why we have a cover artist what’s why we try, for everyone to be satisfied with our work as long as the production and the compositions are concerned”, he utterly states. On the other hand, as he continues, there’s this issue that through this way the band’s name and work can become more recognizable than before, but the big question that lies to everyone’s minds is “whom of those who will actually like what they’ll hear from a downloaded folder, will go and buy anything from their releases? ” and it’s not all about the money but it’s about the respect to a musician’s devotion and artistic expression.

This is a big issue for all music industry and brings us up to the thought that it still remains a double-edged cutting knife. Not letting us to choose if it’s right or wrong. 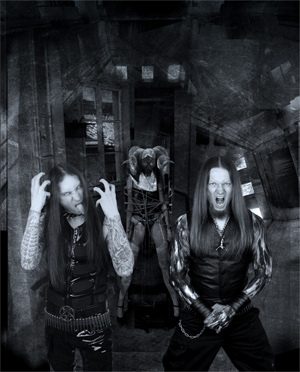 After all these quite uncomfortable issues, we simply came back on track, to find out about the tour that Belphegor have planned to promote Walpurgis Rites ’s release. The tour, as we were informed, will be starting from Canada and the US and then Mexico and South America dates will follow. Europe will be following and he happily stated that there will be another tour planned, before this one will be finished. Attracted by his enthusiasm about touring and playing live, I asked him what is his worst experience from all these years of commitment to music and the life of a professional musician and of course what’s the thing that’s really the best that’s happened to him throughout the years…After a small pause of thinking, he frankly says to me that the most tiring and boring thing about it, is interviews and all these promotional stuff, that are around this job, that have to do with a record release and have to be done…This seems the worst experience for Helmuth and I think anyone can understand that, after all it’s a job! As for the happy parts of it, that’s divided into two different areas. The one is the smile and comfort of achievement, when every new record is done and the process of it until it’s ready to be out, he really enjoys this part of the job. And second comes touring and playing live, of course. It is so important to him and the band, having the chance to see all these different places and meeting the fans and all these interesting people, in every corner of the world. A real “food” for an artist, as he says, to go on with fresh ideas and confidence…

Closing our phone conversation and after congratulating him for the new record, Helmuth thanked us for the space on Metalpaths.com and gave a big call to everyone reading this, to have a listen at their new release “Walpurgis Rites” and to come and see Belphegor live wherever they are, to listen to brutal death black metal and have a really good time. Finally, referring especially to the Greek fans, he told us Belphegor always have a good time being here and can’t wait to be back here for a concert…

”Thank you! and Metal on to everyone…”