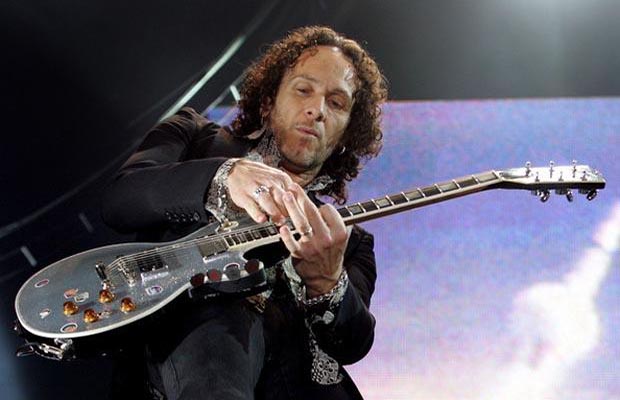 51-year-old DEF LEPPARD and LAST IN LINE guitarist Vivian Campbell, who was diagnosed with Hodgkin’s lymphoma earlier in the year, has posted the following message on his Facebook page:

“For anyone who gives a toss, after doing another PET scan and all the other follow-up tests, then getting a second opinion, etc., I’m officially in remission from Hodgies. That’s the good news. The bad news is: I no longer have an excuse to not go to the gym.”

Campbell, who joined LEPPARD in 1992 after stints in DIO and WHITESNAKE, had been receiving chemotherapy since April.

“I feel fortunate that my cancer sent me an alarm call in the form of ‘the cough that wouldn’t quit,'” Campbell said earlier in the year.

Hodgkin’s lymphoma is a cancer of the immune system characterized by the painless enlargement of lymph nodes, spleen, or immune tissue.