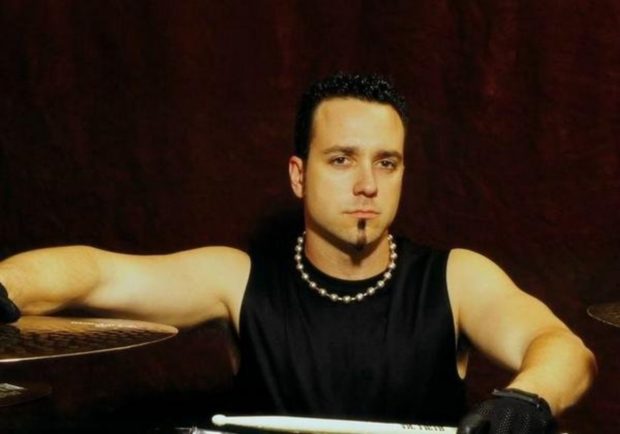 For the remainder of ICED EARTH‘s European tour with VOLBEAT, Jon Dette (SLAYER,TESTAMENT, ANTHRAX) is sitting behind the drums, taking over for Raphael Saini, who filled in during the summer festivals, the recording of ICED EARTH‘s new album, and the club leg of the VOLBEAT tour.

Dette made his live debut with ICED EARTH last night (Wednesday, November 6) at O2 World in Berlin, Germany. Fan-filmed video footage of the concert can be seen below.

Commented ICED EARTH: “Raphael came in and helped us out of a tight spot this summer with a full schedule of festivals, a new album to finish, and no room for diversion on the schedule. He came in and delivered and we are very grateful for that. We wish him all the best for his future endeavours.”

Added Raphael: “When I had the chance to join ICED EARTH for their summer festivals and the new album, I couldn’t say no: I was really excited even though I knew that it was going to be something temporary.

“I am honored to be part of the band’s history, an amazing album, and to have worked with some supremely talented musicians. My journey will continue, there’s more to come.”

ICED EARTH will release its new album, “Plagues Of Babylon”, in January 2014 via Century Media Records. The cover artwork was created and illustrated by Eliran Kantor(TESTAMENT, ATHEIST, SIGH, ANACRUSIS, GWAR).