ANTHRAX’s CHARLIE BENANTE To Sit Out European Dates; JON DETTE To Step In 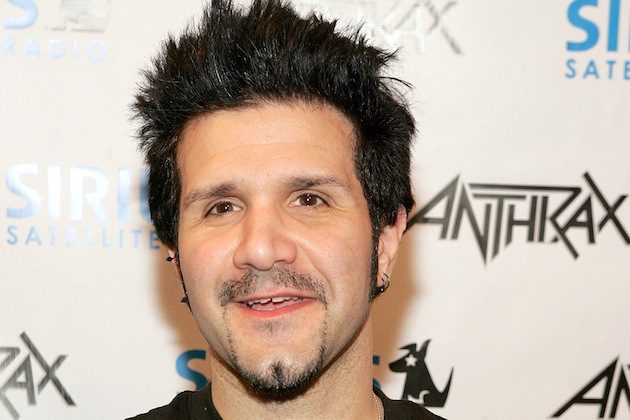 Jon Dette will fill in for drummer Charlie Benante on the first few weeks of ANTHRAX‘s 29-city European tour that kicked off May 27, in Barcelona, Spain and runs until July 12 in Balingen, Germany. Benante, who had surgery on his hand last summer and has been going for regular physical therapy up until just recently, thought he’d be back to 100% for the Carolina Rebellion and Beale Street Music Festival shows that ANTHRAX also did earlier this month. “Playing those shows, I realized I’m just not quite there yet,” Charlie said, “especially for the schedule ANTHRAX has on these European dates. I’m hoping to join the tour for the last couple of weeks, but until then, we all appreciate that Jon can sit in for me.”

Benante plans to be drumming on ANTHRAX‘s handful of North American dates later this summer that include Heavy MTL in Montreal and the MOTÖRHEAD MotörBoat cruise, set for late September with MOTÖRHEAD, MEGADETH, Zakk Wylde and others. Following these dates, ANTHRAX will enter the studio to write and record their follow up to 2011’s Grammy-nominated “Worship Music”, named “Metal Album Of The Year” by fans and in media outlets across the globe.

Dette previously filled in for Benante during ANTHRAX‘s appearance at the Soundwave festival in 2013. Jon told “The Blairing Out With Eric Blair Show” how he initially got the call to step in for Charlie: “Actually, Jason Bittner from SHADOWS FALL, who was filling in for Charlie on [the 2012] ANTHRAX run, couldn’t do one of the tours that was coming up and called me and asked me if I would be available to do it. And I said, ‘Of course. It would be great.’ And the next day Charlie called me — which, Charlie is one my biggest influences ever, next to [Dave] Lombardo [of SLAYER], so it was kind of a surreal moment for me to get a call like that, saying, ‘Hey, can you help me out?’ Which, of course, I said, ‘Absolutely.'”

Asked how it felt to be playing with ANTHRAX, Dette said: “It’s amazing, man. The first day that I started playing drums — a lot of people may or may not know this — the first album I ever got from the day I got my drum set was ‘Fistful Of Metal’ [by ANTHRAX], and literally, the first song I ever tried playing on drums was ‘Metal Thrashing Mad’. Actually, I [was] hanging out with Charlie and I told him that this morning, and he was, like, ‘Really?’ And I’m, like, ‘Yeah, really.’ [laughs] ANTHRAX, METALLICA and SLAYER, they were such a foundation of my style growing up, and I’ve been privileged now to actually play for two of those bands [ANTHRAX and SLAYER]. It’s a very natural thing for me to play, but at the same time, seeing the back of their heads on stage, and Joey [Belladonna] is looking at me and he’s singing, and I’m just, like, ‘This is great.’ I guess you can say that I play with a lot of passion when I’m with those bands, ’cause it’s just absolutely passion and just an amazing experience.”