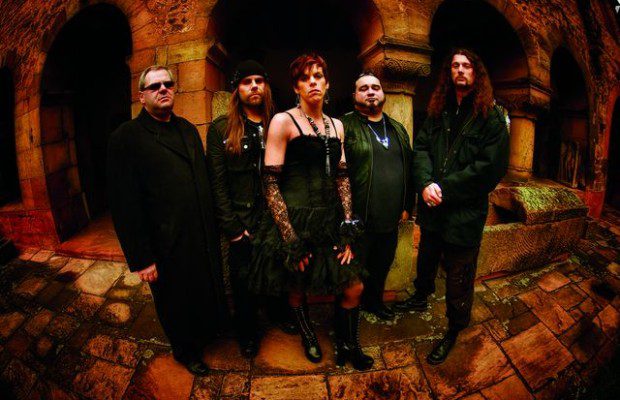 Southern German gothic metallers CREMATORY will release their new album, “Antiserum”, on March 4, 2014 in North America and February 24, 2014 in Europe via Steamhammer/SPV.

“Our fans can look forward to ‘Antiserum’, on which we have gone one step further than we did on our comeback album, ‘Revolution’, in terms of electronic influences,” drummer Markus Jüllich explains.

“In collaboration with Elmar Schmidt of Hamburg EBM act CENTHRON, we have come up with a haunting mix of metal riffs and EBM keyboards. That’s why I’d refer to ‘Antiserum’‘s musical direction as ‘EBM metal.'”

As homogeneous as the final product may sound, a great deal of effort was invested throughout to produce the desired result. Jüllich confesses: “In the beginning, it was more difficult than we’d thought. The sounds and samples that Elmar brought us had no really song structures, that’s why we didn’t have a central theme to start off with. It took us two or three songs to get into the groove, but from that point on, it was an extremely exciting process to work on the new material.”

The CREMATORY drummer is referring to tracks such as “Virus”, with its pulsating EBM flair, “Inside Your Eyes”, which consistently and unashamedly professes the desired EBM elements, and the first single, “Shadowmaker”, a veritable anthem which continues the long-standing CREMATORY tradition of including at least one real hit on each album. Jüllich says: “Even before the whole record was finalized, we knew that ‘Shadowmaker’ had absolute hit potential. We never had a moment’s doubt that we had come up with the new CREMATORY anthem.”

Along with this purposely experimental direction, “Antiserum” also features a number of tracks which see CREMATORY rely on their traditional strengths and familiar characteristics. The title song is a perfect example of typical CREMATORY ingredients, just like “Back From The Dead” and “If You Believe”, which could also have been featured on either of the two most recent albums, “Pray” (2008) and “Infinity” (2010).

“We were even bolder this time than we were in 2004,” Jüllich says. “We played even more with different sounds and have — in my opinion — cleverly combined real drum parts with electronic patterns. For me as the band’s drummer, it will be really exciting to see how we are going to translate this in a live context. But since it works so well on ‘Antiserum’, I’m confident that it will be a really good mix live, too.” 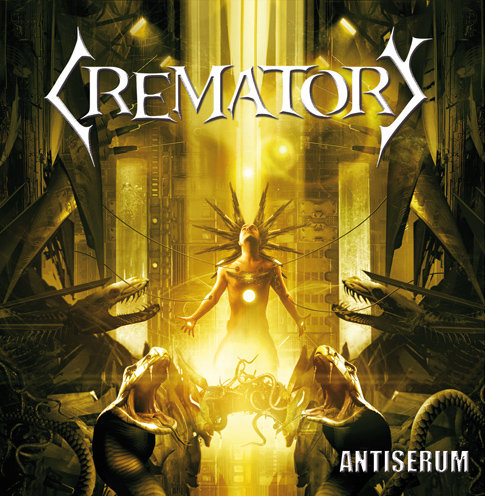