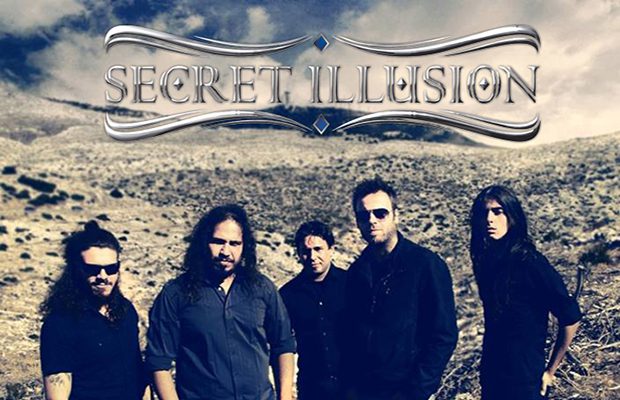 Two years after the release of “Illusion”, Secret Illusion return with a new offering entitled “Change Of Time”, containing 8 brand new tracks plus “Point Of No Return” from the 2012 EP release. In an attempt to tease us with a pre-taste of the new material, the band released a lyric video for the song “Perfect Fantasy” showcasing excerpts of Thass Jillion’s amazing artwork featured in the release! “Change Of Time” was produced by Nigel Foxxe and Filippos Papakyriakou and mixed/mastered by Nigel Foxxe at The Foxxe’s Lair in Athens and features the guest appearance of Spyros Lambrou’s Children’s Choir on two of the tracks! Secret Illusion have already shot a video clip for the song “Born Once Again”. “The new material is definitely more mature! It’s a great mix of classic European power metal and orchestral music, all spiced up with progressive metal flavors!” the band states. Release date and further details about the upcoming album are to be announced soon!