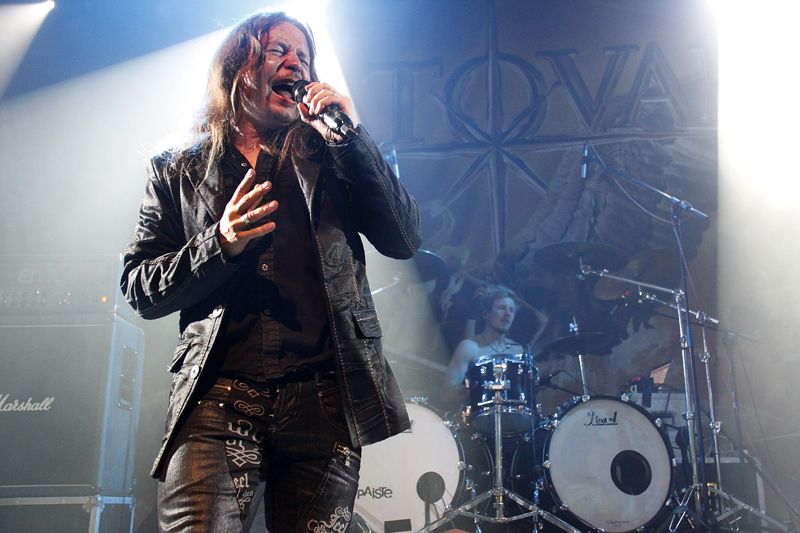 Seven years after their latest headline performance in Greece and with numerous things changing in and out of the band, the once beloved to the Greek crowd Finnish melodic power metallers Stratovarius returned to give a full live set (counting out their performance with Helloween two years ago which was full of problems and I intentionally avoided, as I wouldn’t like to see them as a support band playing less tha an hour). Their latest album ”Nemesis” managed to make even fans that forgot them enter Gagarin and give them one last chance and they surely left satisfied.

The Silent Rage was the band that opened the show, with Steve Venardo as their new vocalist and since I’ve seen them numerous times, I must admit that he fits the band, especially in the new more aggressive and riffing form they seem to follow (and that’s what they should do, power metal MUST be fast, heavy and aggressive after all). The two new tracks they played are a level better than the older ones, which remain great but the band seems to evolve. If the sound in the beginning wouldn’t fuck them up, we’d be talking about an almost great performance. Their new drummer is exceptional, despite the fact that he wasn’t heard as loud as he should. 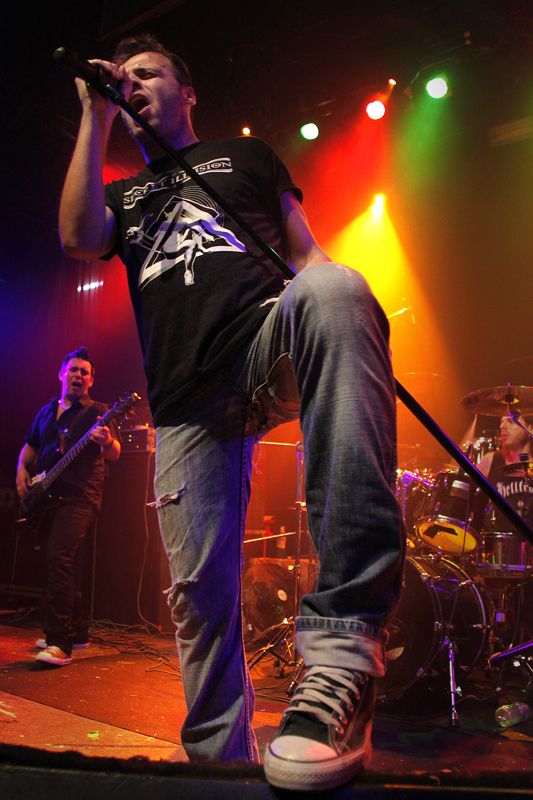 The new line-up seems to have boosted the band, let’s see if their upcoming album ‘‘Inner Scars’‘ will justify the expectations we have from them.

Secret Illusion on the other hand is a band for which I recently made a review and I was curious to see how they would sound live. Fact 1: They had the best sound of the night (better than Stratovarius also), fact 2: Their vocalist is UNBELIEVABLE. This guy doesn’t understand what studio or stage means, surely he’s a value for the band, he seems capable of singing everything. They played songs from their album and their EP, with ”Echoes In The Shadows”, ”Point Of No Return” and the closing ”Silent Voices” being the best among the set. Unfortunately the keyboards sometimes filled the guitar sound which surely should have been louder (like in their releases), but the band made a great performance overall. The only thing needed for their upcoming album is a heavier touch in their music, they have everything else that’s needed to hit the spot.

Stratovarius gave the second best performance out of the four I’ve witnessed so far, simply because it seems that there’s a family atmosphere inside the band, something which was surely missing in 2006 where you could see them not talking to each other. Here I must personally congratulate Timo Tolkki for giving the band rights to the other members and stepping aside, it was the best for all of them. Matias Kupiainen on guitars is the reason for the band’s ressurection in the last three albums (”Polaris”, ”Elysium” and ”Nemesis”) and though he didn’t have the right sound, you could see he’s a great player filling perfectly the gap of Tolkki.

The real surprise was the performance of new drummer Rolf Pilve, this guy really knows how to beat the shit out of the drums and as strange as it may 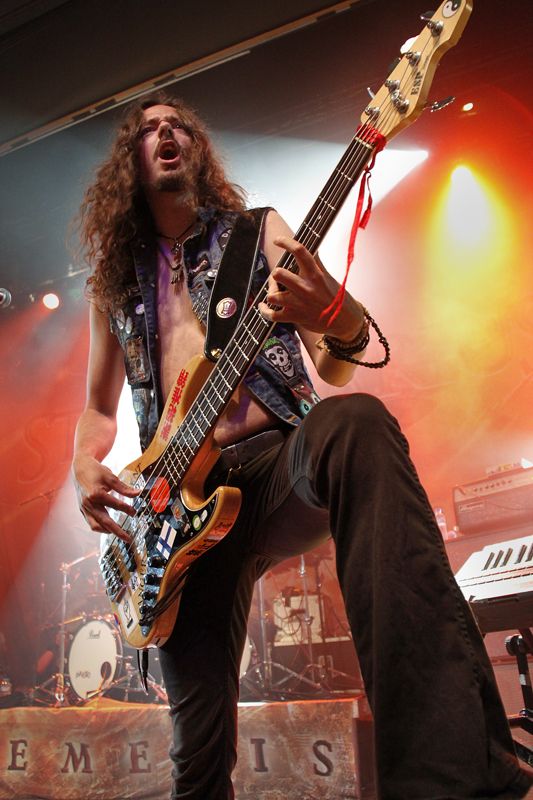 seem, I didn’t think of Jorg Michael and his possible absence at all. Lauri Porra on bass has already tested his endurance with the band and fills a perfect rhythm section. As for the two older members, Jens Johansson will always remain the first guy which comes to my mind when we speak aboutkeyboards (I fell in love with his playing since his Malmsteen days, so my opinion may not be objective) and last but definitely not least, Timo Kotipelto who remains a great singer in his 44 years of age and is the reason why we still see the band active.

The set started with ”Abandon”, to quickly pass into ”Speed Of Light” from their surely best album ”Episode” (not a question about that), ”Halcyon Days” following (best song off ”Nemesis” and ”The Kiss Of Judas” reminding us how great songs they wrote back in the day. ”Dragons” was another new one, followed by a needless drum solo, but ”Eagleheart”, ”Fantasy” (another one great new track) and the surprise of ”Destiny” (ten minute opus) manage to make all possible questions for the bands performance omit without second thought.

A bass solo from Porra (better than Pilve’s solo at least) before another surprise with ”Distant Skies” and the marvellous gem of ”Black Diamond” showing us that no matter how much other bands may try, they’ll NEVER write such tracks. Another new one with ”If The Story Is Over” and ”Against The Wind” (irrelevant but it’s my mother’s fave metal track ever) driving people nuts, before the closing with ”Unbreakable” (the best song that Eurovision could have but didn’t make the try for it, no shit) and of course ”Hunting High And Low” for the end, with the band playing with the crowd about how loud we could sing. 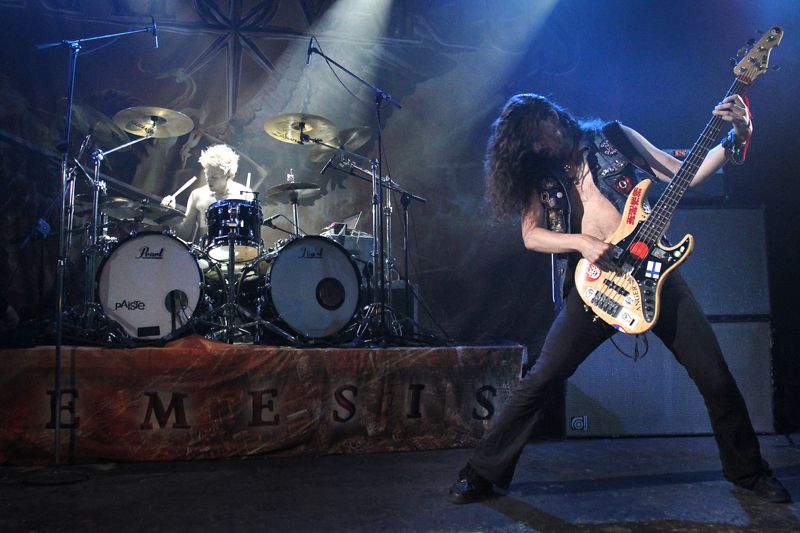 In the end the fans were more than satisfied, the band won the impressions and the warmth of the 600 people that were inside Gagarin, the ”Stratovarius, Stratovarius” chant in the end reminded us a bit of 1997 when they recorded their live album in Greece. Sixteen years have passed since then, but the band on its second birth proves that its past wasn’t just a matter of luck. For the end, I’ll just close by saying that I don’t change the 100 minutes they played even with a 1000 minutes of a combined live which could have Blind Guardian, Helloween, Gamma Ray, Running Wild and all other European metal bands (except for Rage maybe). The Finnish continue glowing in the dark. Let’s hope it will last for many more years. 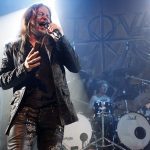 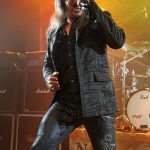 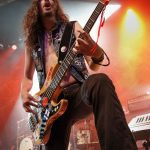 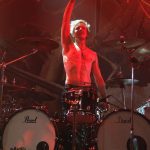 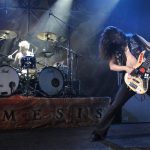 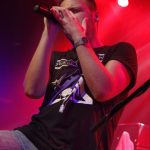 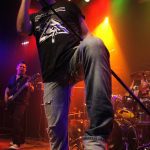 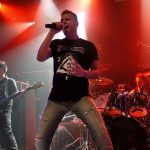