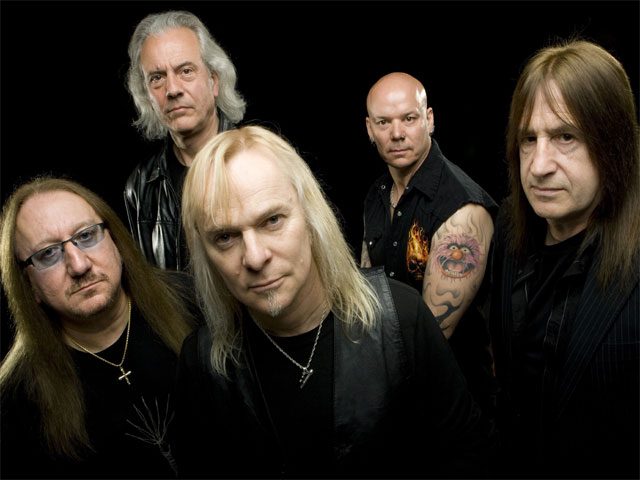 On November 12, Metal-Trails.com conducted an interview with guitarist Mick Box of progressive rockers URIAH HEEP before the band’s concert in Hamburg, Germany. You can now watch the chat below.

Originally founded by Mick Box in 1969, URIAH HEEP is truly one of the pivotal classic acts that helped define the rock sound and an era. Part of the fabled “Big Four” alongside LED ZEPPELIN, BLACK SABBATH and DEEP PURPLE, the HEEP story still has a long way to go. With classic songs like “Lady In Black”, “Gypsy”, “Easy Livin'” and “Stealin'” full of ambition, sophisticated writing, memorable tunes and, of course, the vocals — the five-part harmonies were a clear influence on the operatics of QUEEN.

URIAH HEEP was the first Western rock band to perform in Russia, they have headlined at stadiums worldwide: truly they’ve ensured their place at rock’s top table. With Mick Box always at the helm, URIAH HEEP tours all over the world and is one of music’s most exciting and reliable live acts.

In a more-than-40-year career, URIAH HEEP has released 23 studio albums and sold more than 40 million units; the most recent release was 2011’s “Into The Wild”.