KISS Documentary ‘You Wanted The Best You Got The Best’: Official Teaser Poster 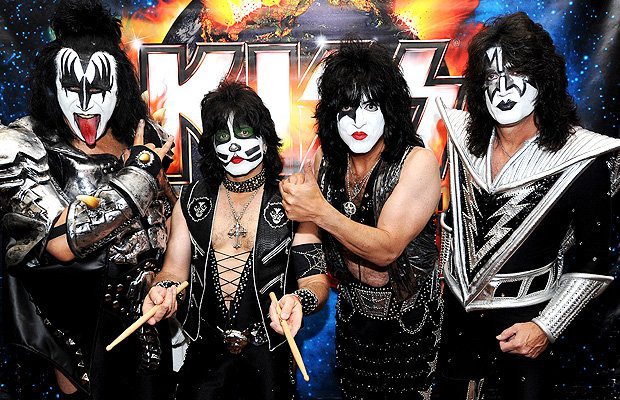 The official “teaser” poster for what’s being billed as the definitive KISS documentary, “You Wanted The Best You Got The Best”, can be seen below. The film is expected before the end of the year.

According to The Pulse Of Radio, Ace Frehley and Peter Criss have opted out of appearing in “You Wanted The Best You Got The Best”. Classic Rock magazine spoke to director Alan G. Parker, who’s behind the officially sanctioned film, and he shed light on why the two co-founders are staying away from anything having to do with Gene Simmons and Paul Stanley, explaining, “Gene and Paul were shocked at first, but now they don’t seem to be. There’s been so much bitchiness down the years, and so much said about and done to Ace and Peter that they interpreted the request to be in the movie as a favor to Gene and Paul. Because of that, they won’t go anywhere near it. The negotiations were interesting, to say the least.”

In the end, Parker will use footage shot of Frehley and Criss by band archivist — and current lead guitarist — Tommy Thayer back in 2001. In addition to Thayer and current drummer Eric Singer, Parker has filmed interviews with former guitarist Bruce Kulick and his brother Bob Kulick — who performed on many of the band’s studio tracks. Parker also held, “positive meetings” with the family of Eric Carr, the band’s late drummer, who replaced Peter Criss in 1980 and died of heart cancer in 1991.

With the film currently in the editing stage, Parker “hopes to show the finished film to the band in February or March, followed by a spot at the Cannes Film Festival in May and a worldwide opening in the autumn of 2014.”

In a November 2013 interview with Eddie Trunk‘s “Eddie Trunk Rocks” radio show on New York’s Q104.3 FM, Frehley stated about his refusal to appear in “You Wanted The Best You Got The Best”: “I don’t know. I found it very weird that, instead of getting a call from Gene or [KISS manager] Doc McGhee or [KISS guitarist/vocalist] Paul [Stanley], because they’re behind this documentary, instead of getting a call from them, I get a call from my bodyguard, and he got a call from KISS‘ bodyguard about me doing an interview for this documentary. They tried to go through the back door — probably because they don’t wanna pay me any money, as usual, and it left a bad taste in my mouth, and I just passed on it. You want me to do a documentary? Let me know how much money you’re making, give me my fair share, and I’ll sit down and talk. You don’t wanna do it that way? Forget about it… If KISS is behind the documentary, Paul and Gene are making the lion’s share of the funds.”

Former KISS filmmaker Tommy Thayer now “portrays” Frehley‘s character in KISS‘ live show. Unlike Frehley‘s original replacement Vinnie Vincent — who was given his own unique persona — fans have had mixed reactions to Thayer possibly “duping” some people into thinking Frehley is still playing with the band. Thayer looks at it from a theatrical, rather than a historical perspective. “You’ve had different guitarists in and out of the band, and different members. At this point, if you start introducing new characters and new makeup designs and things, I think that it really dilutes the whole core and, y’know, the original foundation of what KISS is,” he said. “And those four original characters are certainly the whole basis of it. To change that and come up with a new design or character, it just convolutes things.”

Peter Criss claimed that his contract with KISS wasn’t renewed in March 2004. 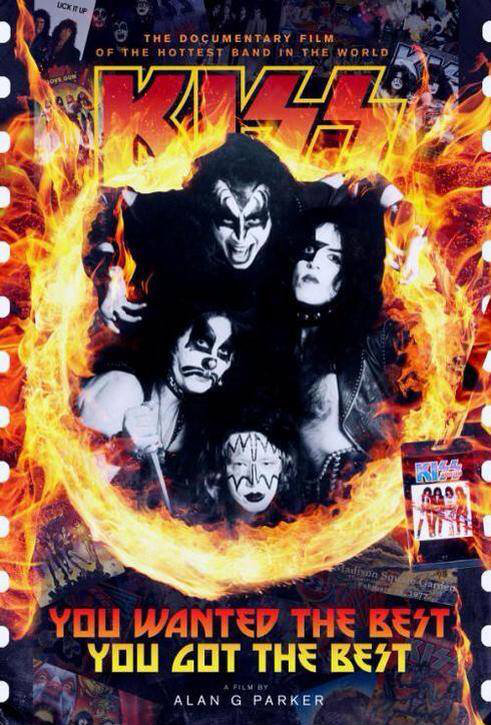